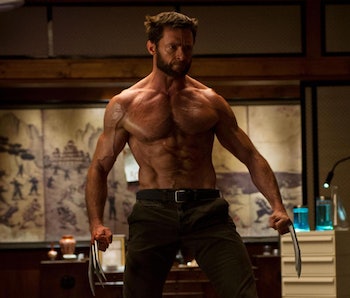 Mutants are coming to the Marvel Cinematic Universe — but how?

That question has been troubling the minds of countless comic book fans since Disney first acquired 20th Century Fox, paving the way for Marvel to introduce mutant characters like Wolverine and Jean Grey, who’d previously appeared in Fox titles like X-Men: Days of Future Past and Dark Phoenix.

Despite intense interest from fans, Marvel has been unwaveringly cagey about its plans for mutants — even going so far as to announce a Fantastic Four film (also newly under Disney thanks to the Fox merger) before an X-Men spin-off.

With all that in mind, one fan theory may hold the answer to the question at the heart of Marvel’s mutant mystery.

The studio could eventually reveal that Tom Holland’s Peter Parker became Spider-Man in the MCU the same way the character did in Marvel Comics’ Ultimate Universe. In other words, Holland’s Parker wasn’t bitten by a radioactive spider, but rather one that had previously been infused with an alternate version of the Super Soldier Serum.

Marvel has repeatedly pulled from the Ultimate side of its comics while building out the MCU. Mark Ruffalo’s Bruce Banner, for instance, only became the Hulk after his attempt at recreating the Super Soldier Serum went wrong, which aligns more closely with the character’s Ultimate origin story than his Prime one.

The Hulk and Spider-Man aren’t the only characters in the Ultimate Universe whose origins are connected to the Super Soldier Serum either.

In the Ultimate Universe, mutants are created after James Howlett (a.k.a. Wolverine) is captured by a government organization known as Weapon X. The scientists there experiment on Howlett and discover a genome that, once altered, can give humans superpowers. Howlett becomes the world’s first mutant, and the Weapon X scientists go on to release and spread the genome throughout the world — creating an entire race of superpowered mutants.

Mutants in the MCU — While most Marvel fans suspect that mutants will be created in the MCU as a result of multiversal fracturing, it’s possible that the studio could take this route instead. Not only would such a strategy save Marvel from having to come up with a convoluted origin story for its mutants, but it’d also be in keeping with some of the studio’s more recent MCU twists and developments.

Both The Falcon and the Winter Soldier and Black Widow introduced characters who were given powers as a result of their governments’ attempts to recreate the Super Soldier Serum. Those two titles prove that Marvel isn’t afraid of adding to the mythology of the Super Soldier program in the MCU, and there’s no reason to believe the studio won’t just explain away the creation of mutants as a direct result of covert Super Soldier experimentation.

After all, if a failed attempt at recreating the Super Soldier Serum can create a being like The Hulk in the MCU, it’s entirely possible that a different line of experimentation could create mutants.

The Inverse Analysis — Since Marvel seems intent on keeping its mutant plans a secret right now, it’s hard to know if this theory might hold water. That said, it fits well within the established MCU canon, and presents a simple route for Marvel to take with its mutant origins.

Whether or not that actually means Spider-Man: No Way Home will, indeed, reveal that Holland’s Peter Parker became a superhero like the Ultimate version of the character remains to be seen. Alternatively, it’s possible that Marvel will use this take on mutants as a way to help bring its ongoing Super Soldier storylines neatly to a head one day, possibly in the still-unannounced Avengers 5.

The theory also makes sense if, as has been rumored, Marvel is actually in the midst of developing a Wolverine anthology series for Disney+. That series, while still unconfirmed, is said to begin with a season dedicated entirely to exploring Wolverine’s Weapon X origins, which could borrow more from Marvel’s Ultimate comics than fans expect. Then again, that could very well prove to be true for Marvel’s mutant plans as a whole.