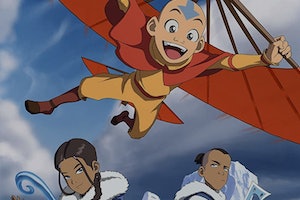 Avatar: The Last Airbender: 6 real-life technologies that inspired the series

15 years after its release, the Nickelodeon animated show Avatar: The Last Airbender has seen a massive resurgence in popularity following its release on Netflix in May. This beloved series is an epic journey of friendship, destiny, and a quest for harmony through the martial arts-inspired bending of the natural elements: water, earth, fire, and air.

While the show's successor The Legend of Korra, which takes place 70-years after the final events of The Last Airbender, focuses heavily on the dangers of technology and the negative effects of industrialization, The Last Airbender appears to take place during a much simpler technological time.

But, that doesn't mean the show is without fascinating tech. The Last Airbender uses its world-building to invent (or adapt) technology to complement and aid the characters' natural bending abilities.

Water Tribe Submarines: The Southern and Northern water tribes are relatively low tech compared to the Earth and Fire Nations, but using waterbending to propel underwater tanks was a crucial part of Team Avatar's invasion of the Fire National capital during the Day of Black Sun -- a solar eclipse that momentarily extinguished the Fire Nation's bending power.

While this invention was originally Sokka's idea, it was the Mechanist who brought it to life.

The Monorail of Ba Sing Se: In the great city of Ba Sing Se technology is used not to fight wars but instead to increase the comfort and mobility for its Earth Kingdom and refugee population. Much like a modern metro system today, Ba Sing Se developed a monorail powered by earthbending to take visitors through the different rings of the city.

From the cars to the track, this monorail is made of rock and is propelled forward by pairs of earthbenders running behind it. The smooth yet complex system of transportation is also reminiscent of another conquered Earth Kingdom city, Omashu, which boasted a similar, rock-based transportation system for its mail.

While similar to monorails and metros we know today, the earthbenders' monorail is even more closely related to early monorail designs in the United States in the 19th century. These rails were built as an alternative to trains and were eventually passed over by history in favor of the railed metro system we see today -- though Disney World appears to be a stronghold of monorail nostalgia.

Earthbender Tanks: Another invention of Sokka and the Mechanist, these earthbending tanks are also used during the invasion of the Fire Nation capital on the Day of Black Sun. Again gesturing toward the technology of modern-day, these tanks appear almost biomimetic in nature as they crawl like centipedes up the steps to the Fire Nation.

Much like the Water Tribe's submarines, these tanks conceal warriors inside and are powered by earthbending from within.

Unlike the firebenders' tanks, which more traditionally look like modern military tanks, the earthbenders' tanks appear to be modeled after a much older style of tank: Leonardo da Vinci's turtle shell inspired tanks. Similar to how the earthbenders use their tank as cover for their attacks, da Vinci's tank imagines a light-weight turtle shell-like tank covering soldiers and cannons.

Fire Nation Drill: Thanks in part to their ability to weld metal with fire and their offensive attacks on the other nation's for the past hundred years, the Fire Nation boasts some of the most advanced tech in The Last Airbender. Case in point, the drill they design to finally break through the impenetrable wall of Ba Sing Se.

Unlike the technology used by the other nations, this vessel is not powered by the bending of Fire Nation soldiers alone. Instead, it is powered by coal and is made up of a complex and system of pipes and forges. The drill was designed to bore into the wall of Ba Sing Se and discard the resultant rubble slurry.

The firebenders' drill can be traced back to the first hard rock tunnel boring machine designed in the United States in the 1950s. The large drill was designed to drill tunnels for a dam project in South Dakota.

That said, these war balloons were also used by Team Avatar on multiple occasions, including the escape of the Fire Nation's highest security prison, Boiling Rock, with Sokka and Katara's father and Suki.

Military balloons, like those used by the Fire Nation, were a crucial part of war for centuries. Originally designed for reconnaissance missions during the 18th century and 19th century, these war balloons didn't quite have the fighting power of the Fire Nation's.

Gliders: Unlike the other nations, the Air Nomads are at a decided disadvantage when it comes to technology, largely because Aang, the only surviving airbender, had missed a 100-years of technological advancement while frozen in ice. But, even a hundred years before the events of the show, the airbenders had developed a simple but effective technology to augment their airbending: a glider.

Similar to modern-day hang gliding, these gliders were designed to help airbenders fly through the air and could be controlled using airbending to change airflow and direction. In The Last Airbender, Aang uses his glider not only to fly but also as an essential tool to help direct his airbending attacks.

And while he didn't design it originally, the Mechanist also created new forms of gliders while living at the Eastern Air Temple. One version, designed for his son, even helps wheelchairs safely fly through the air -- this time powered by mechanical flaps instead of actual airbending.

Gliders were designed across the world in the late 19th century as a predecessor to more advanced aircraft. Otto Lilienthal, a German aviation pioneer, was the first to make repeatedly successful flights using a simple glider.

AVATAR: THE LAST AIRBENDER IS CURRENTLY STREAMING ON NETFLIX.