“It’s not failure if you don’t give up” 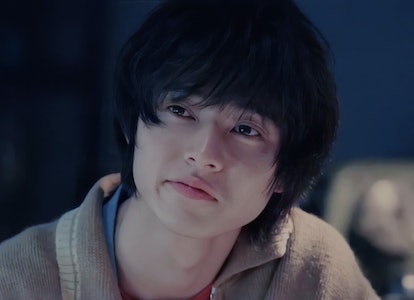 Sci-fi book adaptations are a staple of the movie landscape. In the time of Dune, The Martian, and even Ready Player One, bringing a world to life in a movie is the ultimate honor a book can receive. But where these adaptations get interesting is when the world of the book is entirely different than what’s seen on screen. Dune was set in the same far-off world as the book, but what if a book set on Earth was completely transplanted? That’s what this time travel romance on Netflix explores.

The Door Into Summer is a 2021 Japanese movie directed by Takahiro Miki. An adaptation of the 1957 novel of the same name by Robert A. Heinlein, the film not only updates the plot by moving it decades forward (partly in 1995, partly in 2025), but the true-blue American story is changed to be based in Japan. Needless to say, the main character is no longer named Daniel Boone Davis.

For English-speaking viewers, this adds a whole new layer to the story. While the book now feels old-fashioned the movie is fresh and new, and the sentimental J-Drama tone fits the story’s romantic center. It has all the hallmarks of both a great sci-fi movie (androids, cryosleep, nefarious business deals, detective work) and a great romance movie (changing the time-space continuum to be together, childhood friends-to-lovers, a cute cat).

Soichuro Takakura (Kento Yamazaki) is a scientist whose life is blown apart by a shady business deal. Out of options, he decides to put himself in cryosleep for thirty years, but wakes up to a completely different world.

The stock he held in his robotics company is worthless, but most importantly he lost his adopted-sister-turned-possible-crush Riko (Kaya Kirohaya). She’s 17, but it’s not weird; think the quasi-step-sibling relationship in Clueless. Through a lot of complicated time travel hijinks and an android manservant, Soichuro tries to achieve a happily ever after for him and his loved ones.

The film’s time travel paradox is possibly the most interesting model that exists in storytelling. Instead of Soichuro’s time meddling affecting the future, the future is already affected; he needs to work backwards in order to close the time loop. It’s similar to the time travel mechanics used in Harry Potter, and it makes the plot feel both complex and tidy at the same time.

And while it may be based on a classic hard sci-fi novel, the ending of The Door into Summer is trademark J-Drama. There’s an emotional pop song and a romantic reunion, which is just the dose of melodrama the narrative needs.

The Door Into Summer is constantly straddling two extremes: it’s both a complex and simple story, both an American and Japanese narrative, both a sci-fi and a romance. Watching it constantly combine the best of both worlds is well worth your time.

The Door Into Summer is now streaming on Netflix.