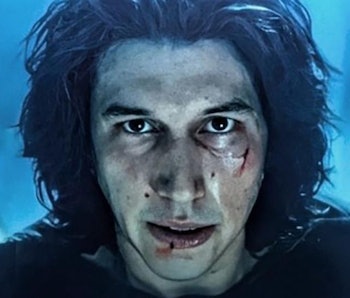 Star Wars: The Rise of Skywalker is still in theaters, but we know what you’re thinking: When can I watch the final movie in the Skywalker saga without getting off the couch?

Well, we’ve got good news and bad news (and really bad news if you’re living in a Netflix-only household). Here’s what you need to know about Rise of Skywalker’s release date on Disney+ and any other streaming service that might get the new Star Wars movie.

When is The Rise of Skywalker Disney+ release date?

This is the first major Star Wars movie to premiere on Disney+. So there’s not exactly a precedent for when it will make its debut on the streaming service, but that doesn’t mean we can’t make an educated guess.

Let’s use The Last Jedi for comparison. That Star Wars movie premiered in theaters on December 15, 2017. Roughly six months later, it landed on Netflix on June 26, 2018. So based on that pattern, it’s likely we’ll see Rise of Skywalker release on Disney+ about six months from now. in late June 2020. Then again, now that Disney is keeping its streaming in-house, maybe this one will happen a little faster.

If you don’t feel like waiting quite that long, it’s also worth noting that each new Star Wars movie generally gets a Blu-ray release less than four months after its premiere. So you can probably get your hands on a physical copy by early April or even late March 2020.

When is The Rise of Skywalker Netflix release date?

We told you we had bad news…

Now that Disney+ is here, Netflix’s days of getting first streaming dibs on new Disney movies are over. There’s currently no plan to release Rise of Skywalker (or any other new Star Wars movie) on Netflix.

In other words: Never gonna happen.

When is The Rise of Skywalker digital and Blu-ray release date?

The final installment of the Skywalker saga will be available for purchase via Movies Anywhere on March 17. If you want to watch Rise of Skywalker in all its 4K glory as soon as possible, that's your best bet. (Basically, movies anywhere aggregates your digital purchases from iTunes, Amazon and the like into one place. It also happens to be owned by the Walt Disney company.)

If you can wait a little longer and still enjoy having hard copies of your favorite movies on hand, Rise of Skywalker comes to Blu-ray on March 31. There are special bundles on offer from Target, Best Buy, Walmart and more details, if you're a collector.

The Rise of Skywalker releases on digital March 17.