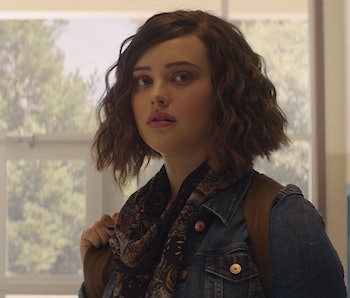 This article about Season 3 of the series 13 Reasons Why was originally published on August 1, 2019 and updated on June 2, 2021 following the release of the season on Netflix. Read on for the original article, with some new changes to reflect the latest updates on this topic.

While the first season of 13 Reasons Why was nothing short of intense, Season 2 felt like a punch straight to the gut. Heavy-handed with themes of gun violence, bullying, and sexual assault, Netflix’s most-binged show (or at least, one of them) didn’t hold back on some of the darker issues plaguing teenagers today. So much so, that mental health experts continue to criticize the show for its excruciatingly graphic depictions of rape and glorification of suicide.

Season 1 largely focuses on Hannah Baker’s story as Clay pieces together what led to her suicide with the help of 13 cassette tapes left behind by Hannah. In Season 2, however, Clay comes to terms with the fact that Hannah wasn’t, as her mother Olivia tells the press after the trial, “the perfect victim.”

In its sophomore season, students at Liberty High seek justice for Hannah, both during the trial and in the school’s halls, and the series certainly doesn’t shy away from making bold statements. In the wake of mass shootings and the #MeToo movement, the female characters on the show share their too-common stories of sexual assault, and we follow Tyler down a destructive path stemmed from loneliness and social isolation.

With another group of 13 episodes in the books, here’s everything to know about the third (and penultimate) season of 13 Reasons Why.

When was the 13 Reasons Why Season 3 release date?

Is there a trailer for 13 Reasons Why Season 3?

Yes! A trailer dropped from Netflix for Season 3, officially announcing the premiere date.

What happened at the end of 13 Reasons Why Season 2?

In a harrowing finale, Hannah’s trial comes to a close, and it looks like the school will get off scot-free for continuing to ignore a harmful rape culture. Tyler is brutally assaulted by Monty in the bathroom of Liberty High. Later that night, he returns to the school dance with a gun, planning to seek revenge on those who bullied him, but Clay interferes before he has a chance and Tony then proceeds to help Tyler escape.

Jessica, meanwhile, may find herself caught in a love triangle between Alex and Justin after hooking up with Justin in the locker room at the school dance; Chloe confides in Jessica that she is pregnant (presumably with Bryce’s baby); and Justin is seen shooting up in Clay’s bedroom after being recently adopted into Clay’s family. Needless to say, a lot goes down.

Did Hannah Baker return for 13 Reasons Why Season 3?

Actress Katherine Langford (Love Simon), who plays Hannah, confirmed in an Instagram post in May 2018 that she would not be returning for a third season: “‘Hannah…I love you…and I let you go’ Those are the words I was able to say six months ago, and now can finally share with you as my journey on [13 Reasons Why] has officially come to an end.” This isn’t too surprising considering how Season 2 ended, with Clay, Alex, Jessica, Zach, Justin, and Tony finally letting go of the show’s central character as Hannah’s trial officially reached a verdict.

Despite Hannah no longer being the focal point of the show, Season 3 of 13 Reasons Why continued to amp up the drama for the kids at Liberty High. Showrunner Brian Yorkey shared his thoughts on Season 3 at a Netflix FYC panel in June 2019, indicating that there’s more story to tell: “What happened to Hannah will always be the first clause of the story. The rest of the story is about young people, as so many young people, maybe all young people today (learn) how to heal from the things that have hurt them…to make the world that they want it to be … and above all, how to take care of each other.”

Season 3 focuses on one core question: Who killed Bryce Walker? Everyone in the core crew could be a suspect, each with a fairly good motivation for wanting Bryce dead, leaving room for plenty of chaos to ensue as the town attempts to figure out who did it. Season 2 also ended with a lot of loose ends: Is Justin headed down a dangerous path of drug addiction? Will we learn more about Monty and his abusive father? And what happens to Tyler now?

Was 13 Reasons Why renewed for Season 4?

Yes! In the middle of announcing the third season, Netflix announced that they were already in production for a fourth and final season of 13 Reasons Why. Season 4 aired with 10 episodes on June 5, 2020.

13 Reasons Why Season 3 is currently streaming on Netflix.