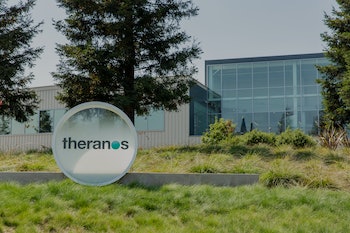 Jury selection in one of Silicon Valley’s biggest trials in decades begins Tuesday, the case against Elizabeth Holmes, the founder of Theranos.

Holmes expected the blood-testing startup to revolutionize the biotech industry with a simple (and, it should be said here, easily contaminated) finger stick test that could offer rapid results on all manner of viruses and other health issues that could be exposed via a blood sample.

None of Holmes’ grand plans for Theranos — a portmanteau of the words “therapy” and “diagnosis” — came to fruition.

In the years since, Theranos became the medical world’s most infamous startup for its toxic mix of venture capital-backed hubris, consumer deception, and transgressive, clumsy strides into the world of personal health.

Opening arguments in the Theranos trial begin on September 8, and they are likely to be closely watched around the world. For over a decade, Holmes has been one of the most buzzed-about people in Silicon Valley; first for her carefully cultivated reputation as an enigmatic wunderkind and ability to secure high profile investors, then as a representative tale of hubris in tech industry. The trial is likely to be a battle between these two perceptions. The world may know the damning story the prosecution will tell, but Holmes has been relatively quiet about her downfall.

Who is Elizabeth Holmes?

In 2002, Holmes enrolled at Stanford University where she studied chemical engineering. In 2003, she applied for a patent application for a wearable drug delivery system. The following year, she dropped out of Sanford University to start “Real-Time Cures,” which later because Theranos.

In interviews, Holmes talked about her fear of needles as one of the reasons she wanted to create a needle-free blood testing technology. An admirer of Steve Jobs, Holmes insisted she wanted to create a small, sleek, beautiful device in the vein of Apple products that could would “disrupt” the biotech community. Specifically, she wanted to “reinvent old-fashioned phlebotomy and, in the process, usher in an era of comprehensive superfast diagnosis and preventive medicine,” reported a 2014 Wired article.

By the end of 2004, Holmes had raised $6 million to fund the company. Six years later, Theranos had over $92 million in venture capital. Investors ranged from the former Secretary of State George Schultz and former education secretary Betsy Devos to Rupert Murdoch and the Waltons, the owners of Walmart.

Early employees of the company describe an atmosphere of secrecy, unrelenting demands, and the singular, determined vision of the company’s founder. According to former employees, turnover was high, as was the sense that something wasn’t quite right behind Theranos’ many closed doors.

What are the Theranos trial allegations?

The indictment alleges she and her co-defendant, Theranos COO Ramesh “Sunny” Balwani, made those above claims they knew to be false. As a result of those allegations and others stemming from it, the pair faces two counts of conspiracy to commit wire fraud and nine counts of wire fraud.

Each wire fraud count carries a maximum sentence of 20 years in prison, a fine of $250,000, plus restitution for the victims.

Both Holmes and Balwani have pleaded not guilty to the charges. The judge has granted a motion to sever the two cases, which means they will be tried independently of each other.

Is there any science behind what Theranos was trying to do?

Yes and no. Theranos “Edison” machines were designed to perform “immunoassays” a type of test that measures antigen and antibody levels in blood or fluid. This very real type of test is often used to measure things like hormone levels and markers for certain cancers.

Holmes wanted to do was make that process less invasive, painful, and faster. Instead of needing a blood draw, she wanted Theranos to develop machines that would test blood using only the among of blood from a fingerstick. Patients would use a Theranos cartridge to prick their fingers and extract a few drops of blood. They’d then slide that cartridge into the Edison.

Once a patient places the cartridge in the machine, the blood would be whisked through a series of channels which would filter out everything but the blood plasma. The plasma would then be ushered into a little well covered with proteins. The resulting reaction between the proteins and the plasma would produce a chemical signal that would be “read” by the machine, giving the patient their test result.

The breakdown happened because the amount of blood from a fingerstick simply wasn’t enough to accurately test. Some of the already tiny sample would stick to the channels as it flowed through the device. By the time the sample reached the well, the already small sample was even smaller, resulting in mixed, often inaccurate results.

Could the machines have been effective if they were given enough blood? Possibly. But the entire draw of the company was that no lab visit or blood draw was required.

What was the point of Theranos?

Had they worked, the Theranos “Edison” machines would have been a game-changer for anyone who wants to pay less for bloodwork and or hates getting blood drawn. So, many, many people.

The potential demand for such a product is what attracted high profile, deep-pocket investors like Rupert Murdoch, former Secretary of Education Betsy DeVos, and others. In 2015, then-Vice President Joe Biden visited the facility in a public show of support for a White House program about creating awareness for preventative health.

How is Holmes planning to defend herself in court?

According to newly unsealed court documents, Holmes plans to argue that her ex-boyfriend, Balwani “emotionally and sexually abused her” and that and a result she suffers from mental health issues, including post-traumatic stress disorder, intimate-partner abuse syndrome, anxiety, and depression.

Holmes will be arguing this in accordance with Rule 12.2, in which a defendant introduces expert evidence “relating to a mental disease or defect or any other mental condition of the defendant bearing on either (1) the issue of guilt or (2) the issue of punishment in a capital case...”

Barbara McQuade, a former U.S. attorney, and NBC News analyst told NBC News: “What it allows a defendant to do is to point, at trial, at the empty chair. To tell the jury that's the real bad guy here, it was all him, and have the jury find some sympathy with that story and acquit Elizabeth Holmes."

According to The Wall Street Journal, Holmes’ lawyers say she may also claim that "she believed any alleged misrepresentations were true and accordingly that Theranos was a legitimate business generating value for investors.”

Is anyone successfully doing what Theranos claimed to do?

Before the Theranos scandal even broke, many scientists doubted if the technology the company was trying to create was even possible.

Others noted that Theranos wasn’t the only company trying to develop a “needle-free blood test.”

It appears that an Israeli company, Sight Diagnostics, has developed similar technology to what Theranos had envisioned, a process for conducting a complete blood count (CBC) test using only two drops of blood. In 2019, the company’s test received FDA approval.

The health startup Genalyte has accomplished its own feat: the company claims its “Maverick Detection System” can perform a rapid Covid-19 serological test from a single fingerstick. The test has been approved by the FDA.

Whether Theranos ever would have reached the same summit as Genalyte and Sight Diagnostic, we’ll never know. What we do know is how Holmes and Balwani faked test Theranos' results and lied to investors. Now it’s up to the court to decide their fate.

More like this
Innovation
Sep. 19, 2022
This face mask hunts for viruses in the air you breathe
By Molly Glick
Mind and Body
Sep. 20, 2022
Do I need a polio booster?
By Katie MacBride
Mind and Body
Sep. 19, 2022
Should you take a personalized multivitamin? A nutrition expert explains one big problem with these regimens
By Katie MacBride
Related Tags
Share: