Covid screen time: Why the best pandemic parenting is being Player Two

"Playing a game doesn't make you less of a mother or father, it makes you more of a human." 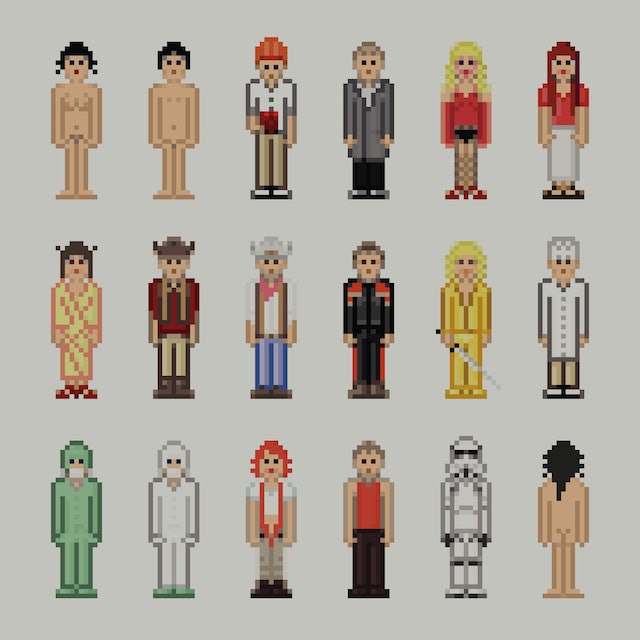 A meagre media man, I do not provide a lifestyle that supports a multistory dwelling or fancy aquarium for our narrow Queens two-bedroom. But I knew what he meant. He wanted to visit the museum in Animal Crossing: New Horizons and watch the eels do their thing. He also likes to “talk to Owl” and “see doggy Isabelle.”

We’ve played a lot of Animal Crossing together during the pandemic and, if the New York Times is to be believed, I’m failing my son.

On January 16, the Times introduced us to James Reichert, a self-described failure of a father, in a front-page story. His failing? A 14-year old son who likes to play video games a lot, something Reichert feels could be curtailed with strict rules on screen time. The internet reacted with predictable speed. Takedown pieces appeared in places like Forbes and Kotaku almost instantly, along with a hearty dose of discourse on Twitter.

Lost in the rush to dunk on a tone-deaf analysis was something experts want parents to hear: games are actually good, but playing games with your kids is even better.

“Everything about childhood has always been situated in certain contexts. A sandbox is a context. A classroom is a context. And social media, online games and video platforms are also contexts,” said Jordan Shapiro, researcher and author of The New Childhood: Raising Kids To Thrive In A Connected World, during a TED Talk in January 2020. “These are the new contexts. The new playgrounds. The new places where our children need our guidance and our support.”

Play is incredibly important for children. The American Academy of Pediatrics says play develops “imagination, dexterity, and physical, cognitive, and emotional strength” and that “play is important to healthy brain development.”

So why are video games any different?

A growing number of researchers say they aren’t, actually. A 2014 study from the American Psychology Association debunks the myth that games are “intellectually lazy” and shows that kids who play video games strengthen “a range of cognitive skills.” There is also the painfully obvious truth that video games are fun and kids (and adults!) enjoy them immensely.

So why does the “video games are bad mmmkay?” argument persist? One contributing factor could be that mental health issues are on the rise, especially among teens. Stuck at home, parents are now far more aware of problems that have either worsened during the pandemic or would otherwise have gone unnoticed. Watch your depressed teen stay glued to screens all day and it is easy to make a correlation.

The solution for “failed” parents like James Reichert isn’t harsher punishments and clearer boundaries, it’s acknowledging that allowing your child to take the lead can work wonders. A pair of Arizona State researchers studied the benefits of parents and children gaming together and concluded that “sharing this experience cultivates family bonding, learning and well-being.”

This has been the experience for Chris Cooper, a devoted father and lifelong gamer from Staten Island, NY. Like many parents during the pandemic, Cooper has been working from home alongside his two children, Hailey, 9 and Maverick, 6. For them, video games have been a solution, not a problem.

“They’re in the same position as us,” he tells Inverse. “When I tell them I want them to do a big project in Minecraft this weekend they look forward to it. It’s a nice break.”

Cooper often gives his children tasks to accomplish in Minecraft, often joining in the fun. He fondly recalls how a simple project blossomed when his daughter Hailey took a hunt-and-find concept and expanded it into a complex cat-and-mouse style game involving an elaborate maze and one-way doors.

“They go out of their way to learn more about this game and apply the knowledge,” Cooper explains. “And that translates to school. They’re learning how to get excited about something, learn about it, and apply it.”

One quarantine afternoon he introduced them to one of his own childhood favorites, Tony Hawk’s Pro Skater 1 + 2. Soon after Maverick wanted a skateboard on his birthday while Hailey explored the '90s soundtrack on YouTube. Cooper says moments like that are what make gaming and parenting a potent combination.

“Show them you’re one of them. Just because you’re playing a game it doesn't make you less of a mother or father, it makes you more of a human,” he explains. “It’s a way to introduce your kids to your roots.”

When asked about what gaming has meant for his family during the pandemic, Cooper becomes more introspective. He’s not worried about screentime boundaries, saying it’s easy to “read the room” and know if your kids are getting wired and misbehaving from overstimulation. And he always puts schoolwork first, the stick to gaming’s carrot.

Chris Cooper says his daughter, Hailey, was prompted to learn more about '90s music after playing Tony Hawk Pro Skater 1 + 2 as a family.

Cooper acknowledges parents are struggling to meet the moment, but maintains the Reicherts of the world are missing a golden opportunity. Playing games together helps us navigate these troubled times.

“If what you’re doing is creating memories, is it really such a bad thing?” he wonders. “You get to be the player two to the most important people in your life.”