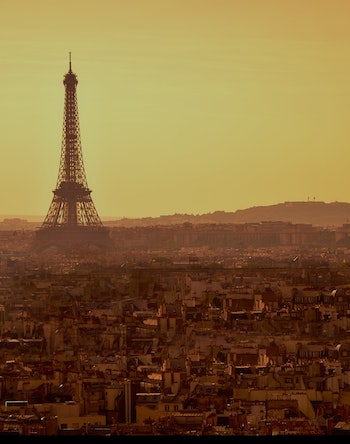 You have probably heard by now that world leaders and diplomats will gather in Paris this week to talk about climate change. You understand, vaguely, that it’s a big deal, that people are calling it “historic.”

Attendees of the November 30-December 11 conference will work toward a deal that limits the Earth’s temperature increase to no more than two degrees Celscius (3.6 degrees Fahrenheit) above current levels — the generally agreed upon threshold before guaranteed climate catastrophe.

Still, you have questions.

So do we. While decades of negotiations have brought us to where we are today, the outcome of the Paris talks is far from decided. And while we know, in a general way, what the agreement (if any) will look like, many important details are still TBD.

This, of course, is the big question. Will the 196 countries that are party to the UN Framework Convention on Climate Change be able to agree to anything at all? Each surely has its own reasons for wanting to delay climate change action.

There have been 20 annual meetings of the parties (this one is the 21st Conference of the Parties, or COP21) and none have resulted in a global and binding agreement on climate change. The 1997 Kyoto protocol only gave targets to a few dozen countries, and still floundered. In March 2001, President George W. Bush’s administration announced that it would not implement the Protocol; Canada backed out completely a decade later. Only the European Union really took its commitments seriously, and in fact exceeded its goals.

The Copenhagen conference in 2009 was supposed to bring the rest of the world into the fold, but instead, negotiations collapsed into bitter disagreement. The loose, voluntary Copenhagen Accord was all that full-court-press diplomatic efforts by the United States could salvage from the wreckage.

Who’s to say that anything will be different in Paris?

Fortunately, there reasons to be optimistic.

For starters, the whole structure of the agreement has changed. Instead of a top-down approach, where the goal is to impose carbon budgets on each country, this time each country has been asked to bring its own plan of action to the table via Intended Nationally Determined Contributions, or INDCs, which will ensure that each country is comfortable with their level of commitment. Already, 178 countries have submitted formal plans.

Sure, these commitments alone won’t keep the world to two degrees of warming, but they’ll get part of the way there, and the agreement is intended to be structured so that countries are required to revisit and intensify their commitments every few years.

This potluck approach won’t guarantee success by itself. But optimism is running high ahead of the Paris talks. Obama is determined to make something happen, and Canada recently swapped out its climate-villain Prime Minister Stephen Harper for Justin Trudeau, who is committed to improving Canada’s international reputation on the environment, in addition to being handsome and charming.

And technology is catching up, too. Even just a few years ago, renewable energy sources like wind and solar were still on the fringes, and did not seriously compete with the fossil fuel industry. That’s not true anymore.

So yeah, coming to a global agreement on climate change won’t be easy, but odds are better this year than they have ever been in the past. The momentum, at least, is in the right direction.

2. Will the agreement have any teeth?

At this point, we both know a fair deal about the actual content of the agreement, and very little. Meetings have been going on in the background to come up with a draft negotiating text, which will be used as a basis to start from during the Paris talks.

There’s a lot in the draft agreement — it currently spans 31 pages — but almost all of it is still up for discussion. Contentious political issues are likely to eventually be struck from the text, in order to bring more countries into agreement.

Much of the text is presented as a set of optional, alternative clauses. Often, the alternative option is no text at all. Many sections, phrases, and words are held in square brackets, which indicates the matter is still up for debate.

If an agreement gets signed, it will probably state that the goal is to prevent the worst effects of climate change. It may, or may not, commit to attempting to achieve the goal of no more than two degrees Celscius of warming.

It probably will demand commitments and implementation plans from countries on reducing their own emissions, and that these commitments become more aggressive over time.

The agreement will likely set up a mechanism or committee to help ensure its implementation. The committee may or may not have the power to set consequences for countries that fail to live up to their obligations; one piece of optional text suggest that “the nature should be facilitative, non-punitive, non-adversarial and non-judicial” either for all countries or for developing countries only.

Given the historical difficulty of getting the negotiating parties to agree on anything, smart money would bet on the agreement that comes out of Paris dealing mostly in vague terms and not setting strict enforcement mechanisms.

3. Will rich countries pony up the cash?

One of the greatest tensions of the last 20 years of negotiations has been between the countries made rich by fossil fuels, and those still developing. Wealthy nations are behind the vast majority of carbon emissions to date, so why should poor countries cut back their own fossil fuel use now, at the expense of their fragile economies?

The countries that are most royally screwed are low-lying island nations, which collectively have contributed very little to historic climate change, and yet will face a human disaster of epic proportions if sea levels are allowed to rise even a few feet.

The Copenhagen Accord set a goal of providing $100 billion in annual climate change mitigation funding to developing countries from a variety of governmental and non-governmental sources by 2020. That might seem like a lot, but we’re actually most of the way there already — the OECD estimates that climate change mitigation money hit $62 billion in 2014.

Small island countries and other poor nations are eager to see that $100 billion commitment reaffirmed in Paris. The draft text indicates that the agreement may ask that climate finance hit that goal, and be scaled up over time from there. Alternatively, it may only ask that financing be scaled up “beyond previous efforts.”

There’s a good chance that a lot of developing countries will take a hard line on this point, so don’t be surprised if the $100 billion figure makes it into the deal.

4. Will forests make the cut?

The word “forest” appears 21 times in the draft text, but never outside of square brackets or optional bits of text. Some countries may push to strike the word from the agreement altogether.

But you can’t talk about climate change without talking about forests. (Fossil fuels are important, but they’re not everything.) Deforestation currently contributes about a sixth of global emissions. Forests can also be very significant carbon sinks, pulling CO2 from the air and storing it as biomass.

Indonesia’s peatlands are a very important global carbon sink, but every year humans drain and set fire to these ecologically important marshes to make way for palm oil and timber plantations. In 1997, the fires released as much greenhouse gas as the entire world did in five months of fossil fuel burning. This year, the fires were at least as bad or worse, causing a human and environmental disaster of epic proportions, with a toxic haze spreading over Indonesia and its neighbors and causing health problems for hundreds of thousands of people.

Perhaps surprisingly, Indonesia will be among the countries advocating for strong language about the protection of forests in the Paris agreement. Here’s why: Indonesian President Joko “Jokowi” Widodo obviously wants to see an end to the disastrous peat fires, and he also wants (financial) help. If he can position Indonesia as serious about making changes, then he holds a pretty heavy bargaining chip in asking for the Paris agreement to commit to continuing programs like UN-REDD that pay developing countries for their successes in combatting deforestation.

But paying proper attention to the role of forests in the carbon cycle poses a tricky problem for some countries, including Canada and the United States. The boreal forest, a vast ecosystem that covers much of Alaska, Russia, Scandinavia, and Northern Canada is one of the world’s great natural “carbon sinks” for its removal of CO2 from the atmosphere. But in a warming world, forest fire rates are increasing. In big wildfire years, the boreal forest turns from carbon sink to source, releasing huge amounts of carbon to the atmosphere.

Unlike in Indonesia, where strong policies can prevent deforestation and even restore wetlands, the lightning-caused and climate change-fueled boreal wildfires can’t be easily controlled. And unlike Indonesia, Canada and the United States have little ground to stand on in asking for global financial support to deal with the problem. The best they can hope for is a little bit of sympathy and leniency in years when big fires cause these countries to blow their carbon budget.

So will forests make the cut? A climate change agreement that takes itself seriously couldn’t ignore the important role that forests play. How strong and specific the language will be, in the end, is yet to be seen.

5. Will the world change overnight?

OK, so pretend an agreement is signed in Paris. Problem solved, right? Actually, no. In a lot of ways, any agreement that comes out of the negotiations will be just the beginning. After that, the parties to the agreement have to return to their countries and get the deal ratified. The agreement will only come into effect when a to-be-determined percentage of the countries (or countries representing a certain percentage of global emissions) ratify the treaty. The agreement is also expected to specify that it will come into effect no sooner than January 1, 2020.

Seriously? All the work that led up to this moment, and it won’t even commit to anything for four years? Well, yes, but also no. Each country will have to get to work right away on its own particular commitments. And if the $100 billion in annual funding clause is included, work will have to be done to get to that benchmark before 2020.

And while the agreement itself won’t take effect the morning after it is signed (if it is signed), the world will be a different place. We will then live in a world where the countries of the world can stand together and work together on the defining global issue of this century. And wouldn’t that be something.