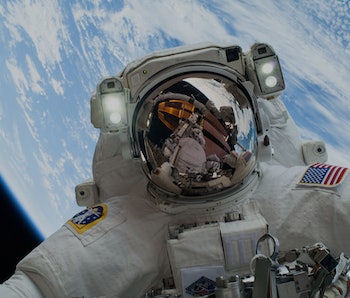 If you’ve always wanted to fly into space, this could be your golden opportunity. Between December 14 and mid-February, NASA will accept open applications for its astronaut program.

NASA hasn’t launched a single astronaut from U.S. soil since July 8, 2011, when Atlantis took off from Kennedy Space Center in Florida and carried four Americans up to the International Space Station. Since then, the space agency has been completely reliant on Russia and its Soyuz spacecrafts to get Americans to and back from the ISS.

That’s hopefully changing in a few years. Since shuttering the Space Shuttle program, NASA has been hard at work building its Space Launch System, which would be the world’s most powerful rocket and capable of sending humans far beyond Earth’s orbit, presumably via the deep-space exploration Orion spacecraft.

In anticipation of finally being able to send its own men and women into space again, NASA’s including the general public in its search for a new class of astronauts. Selected candidates would be notified sometime in the middle of 2017 — good timing considering NASA plans to start its first test launch of SLS in 2018. Those astronauts might also be involved on missions to the ISS, or spaceflight operations conducted on commercial craft like Boeing’s CST-100 Strainer and SpaceX’s Dragon.

While getting humans to Mars by the 2030s is still NASA’s biggest goal, NASA astronauts will have the chance to take part in a lot of work before then. We’re going to see more one-year missions aboard the ISS to study the physiological effects of long-term space habitation; the Asteroid Redirect Mission that will dump a boulder from a near Earth asteroid into lunar orbit; much more work with the moon itself to lay the groundwork for a permanent Mars outpost; plans to start building the successor to the ISS; and much more.

Interested applicants need to have a bachelor’s degree in some type of STEM field and three years of related experience (which is rather poorly defined), or have accrued at least 1,000 hours of pilot-in-command time in a jet aircraft. If you think you have what it takes, you can apply via the government employment site USAJobs. You can also learn more about being a NASA astronaut is like at here.