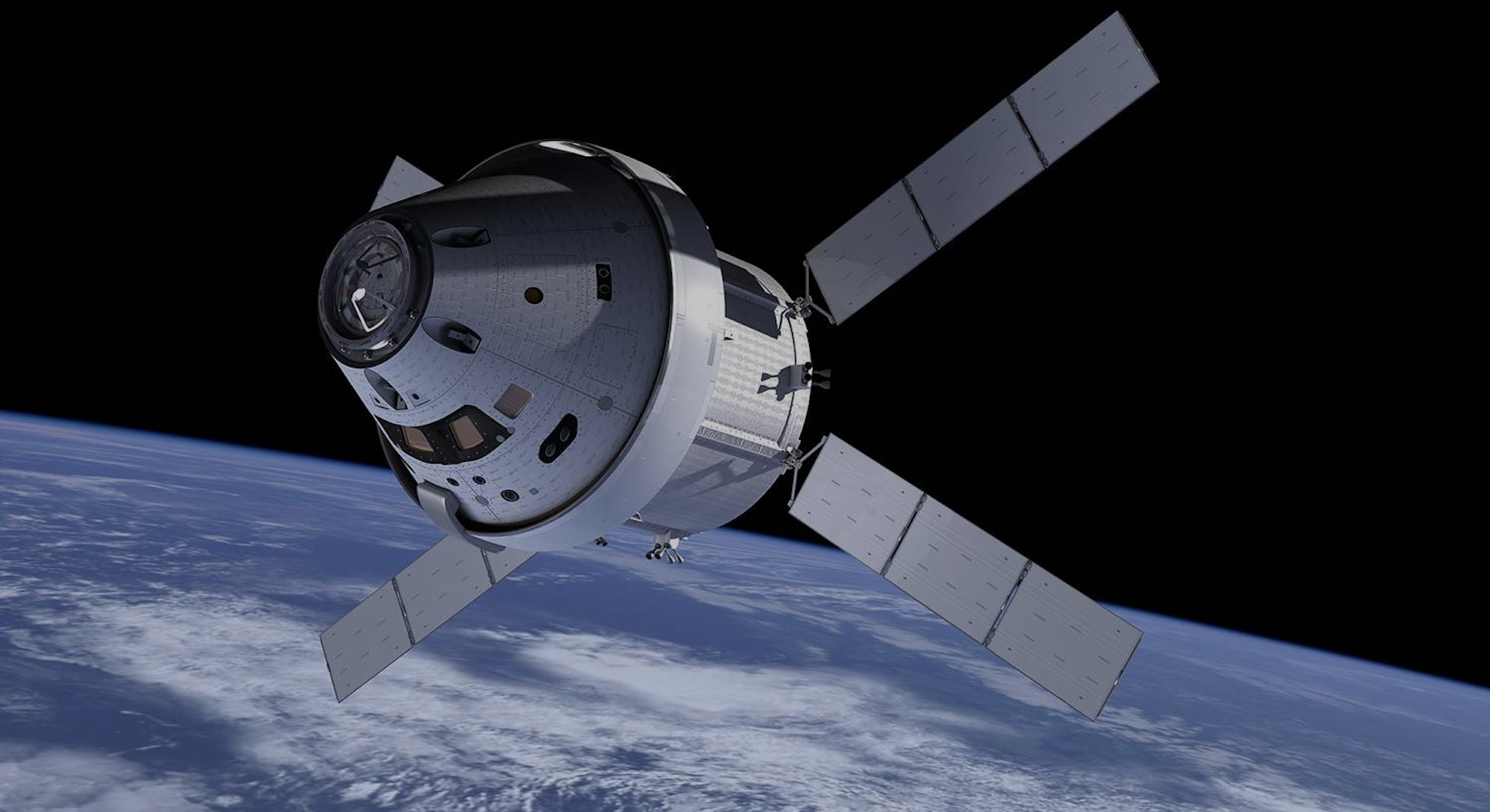 For over four years, NASA has been hard at work developing a new spacecraft, Orion, designed to once again take humans to places outside Earth’s orbit, including Mars. And in December, 2014, Orion’s first unmanned test flight was an unqualified success. Now, the agency is working to prep the spacecraft for a pair of new missions that will culminate in a manned mission by 2023.

The news comes via a NASA statement issued on Wednesday and a news briefing that offered a progress update on the program.

With this new information, here’s everything you need to know about Orion, and when we might possibly expect the 26-ton vehicle to take humans to the Red Planet and beyond.

NASA took strong cues from the Apollo program and decided to design the new spacecraft as a two-module system, in the vein of the spacecraft that took Neil Armstrong and Co. to the moon back in ‘69.

The command module (CM) is the main component that serves the crew. The only part of Orion that’s reusable, it can carry four to six astronauts, and houses all the human-operated systems the crew will need access to.

Unlike Apollo, Orion’s CM will feature a “glass cockpit” that utilizes digital control systems rather than analog ones. The module will be able to take advantage of an “autodock” feature to connect to other crafts, like the International Space Station. Life support can sustain the crew for 21 active days, or six months “quiescent” in which some or most of the crew can enter a dormancy for long-term deep space travel.

The service module, being built by the European Space Agency, is basically responsible for propelling Orion forward, providing altitude control, storing water and oxygen, carrying other cargo, and other functions. It evaporates upon reentry into Earth’s atmosphere.

A Brief History of the Program

The progenitor for Orion was the Constellation program, announced in 2004 as a response to the Columbia Space Shuttle accident. Constellation jumpstarted the development of a new crew exploration vehicle, Orion, that would eventually replace the Space Shuttle program entirely, and take humans beyond low-Earth orbit.

Development on Orion began, but in 2009, President Barack Obama called for an independent review of the Constellation program, which was mired in problems. The program was scrapped, and its goals and current work were shifted into what is today’s Orion program. At this point, Orion went from being envisioned as a spacecraft with three different versions — each designed for a specific task — to just one ship that could perform multiple tasks.

On December 5, 2014, NASA launched Orion up into space for its first flight test, up to an altitude of 3,600 miles. It was the first time since Apollo 17 in 1972 that a NASA a spacecraft capable of carrying humans went beyond just a few hundred miles into space. The four-hour mission also helped to test the heat shield, avionics, and other components essential for launch and reentry.

By October, NASA will have spent more than $4.5 billion on the Orion program.

The Current Situation on the Ground

Two big missions are planned. The first is the unmanned Exploration Mission 1, or EM-1, which is targeted for September 30, 2018. Over seven days, Orion will travel to the moon, circle around it, and come back to Earth in one piece. During that time, NASA would be primarily testing out the service module and identifying any problems with communications and navigation equipment.

Orion will also deploy eleven CubeSats during EM-1, including one that will use yeast to understand the impact of deep space radiation on living organisms, and a “lunar flashlight” to determine the presence or absence of water ice at the moon’s south pole.

Then we move onto the really exciting stuff: EM-2, Orion’s first manned mission. Building on the results of EM-1, the new mission will test out all instruments that astronauts will need to interface with on deep space explorations, as well as the onboard life-support systems.

At today’s teleconference, NASA announced that, after an internal review of the Orion program, it was still targeting August 2021 for the launch of EM-2, but that, in the words of NASA Associate Administrator Robert Lightfoot, it was “recognizing we [now] have much lower confidence in that date.”

In light of this, NASA chose to set another commitment for EM-2 to launch no later than April 2023.

Tacking on a kind of “safety” deadline is concerning for some, but Lightfoot and William Gerstenmaier, NASA’s associate administrator for human exploration and operations, didn’t seem to think so at the teleconference. “We have a fairly conservative approach that’s model-based,” said Lightfoot. There wasn’t a high confidence on the August 2021 date based on historical experience with these missions, such as manufacturing problems, software development and debugging, and budgetary changes.

Things only get more exciting for Orion. EM-3 will be involved with NASA’s Asteroid Redirect Mission, which aims to use a robotic spacecraft to pull a four-meter boulder off a large near-Earth asteroid, and dump it into lunar orbit. NASA has yet to select a target asteroid or a date to do this, but the agency is shooting for a December 2020 launch, with the boulder-scavenging robot arriving at the asteroid two years later.

Where does Orion come into all of this? EM-3’s crew would be tasked with going to the moon and rendezvousing with the boulder orbiting the moon, taking samples and conducting other studies. NASA is still working out the details, but that’s the gist.

Some experts say giving an Orion crew this assignment is pretty unnecessary since asteroids are already well studied, and it’s not totally clear how a test like this would help future missions.

Lightfoot and Gerstenmaier didn’t address those skeptics today. They did, however, discuss how the moon is an excellent “proving grounds” for testing Orion’s capabilities for traveling to Mars and back. If that’s the case, we can probably expect NASA to quickly ramp up lunar missions (manned and unmanned alike) by the middle of the next decade. And assuming there aren’t too many problems with Orion to fix, missions to Mars could very well follow less than a decade after that.

Gerstenmaier emphasized that it was an agency goal to get to a place where they were building the components and hardware ahead of schedule. “We would like to get to place where we’re flying these [Orion] missions at least once a year,” he said.

No doubt, it would be an incredible thing to see NASA make an annual event of sending people off to the moon, Mars, asteroids, and other far reaches of the solar system.