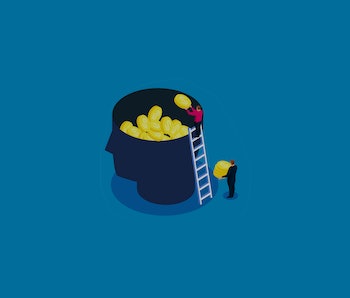 Money can’t buy you happiness. But as Ariana Grande says “Whoever said ‘money can’t solve your problems’ must not have had enough money to solve ‘em.”

Rhymes aside, there may be a science-backed reason why making more money can make you healthier, if not happier, too.

In a new study, researchers found raising the minimum wage by just $1 is linked to a drop in suicide of between 3.5 and 6 percent. The finding adds to a growing body of evidence that suggests increasing the minimum age could have an outsized effect on mental health.

To find out what happens when you pay people $1 more per hour, Emory University researchers looked at 26 years of data — from 1990 to 2016. They focused on people who had completed a high school education or less, aged 18 to 64, from all 50 states.

Aside from the overall drop in suicide rates, the study suggests that the benefits of the wage increase are most pronounced when unemployment across the country is high.

The study was published this week in the Journal of Epidemiology and Community Health.

Over the past 30 years, life expectancy is tragically linked to socioeconomic status, according to the new study. Over that period, for the richest 20 percent of Americans, life expectancy increased; it barely changed for the middle 60 percent; and it decreased for the poorest 20 percent. Raising minimum pay could help to address the underlying economic problems that result in these health disparities.

Two other studies back this theory up. They also find an association between higher minimum wage and lower suicide rates.

One, published in April 2019 in the National Bureau of Economic Research, suggests that a 10 percent bump in both minimum wage and earned income tax credit could prevent around 1,230 suicides each year. The other, like the BMJ study, looked at the effect of a $1 wage increase over 10 years and found a drop in suicide rates. That study was published in May 2019 in the American Journal of Preventative Medicine.

There may be other health benefits in store if the minimum wage rises.

Wealth and health: Who benefits?

But it’s possible that not everyone stands to benefit equally from the extra dollar. A separate 2018 study in the International Journal of Health Economics and Management found minimum-wage increases may contribute to more risky health habits, especially in terms of diet, with people eating fewer fruits and veggies and higher obesity risks on average.

A deeper analysis of those findings showed the breakdown of those effects. The drop in overall health seen in the study was driven by older white people. But other demographic groups, and nonwhite women in particular, did see health benefits from minimum wage increase.

All of these studies demonstrate that extra cash has different effects across different groups of people, but the body of evidence so far suggests that — while money might not buy happiness — just a small bump in pay can go a long way towards protecting workers’ mental and physical health.

This article has been corrected from an earlier version which misstated the university affiliation and names of the researchers who authored the new study. They are from Emory University, not the University of Pennsylvania.

More like this
Mind and Body
Jan. 31, 2023
Why Is My Skin Worse in Winter? 5 Conditions Dermatologists Watch out For
By The Conversation, Jeffrey Chen and Sonal Choudhary
Mind and Body
Feb. 6, 2023
Why Won’t My Cough Go Away? Doctors Explain Why This Symptom Lingers
By Katie MacBride
Mind and Body
Feb. 2, 2023
Meet the Scientists Who Want to Make Medical Devices Eork for Everyone, Finally
By Miriam Fauzia
LEARN SOMETHING NEW EVERY DAY.
Related Tags
Share: