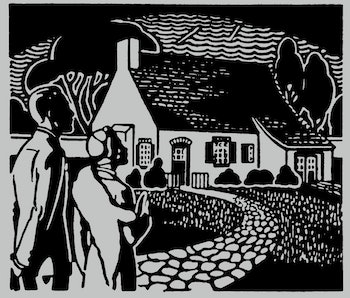 As the year draws to a close, you may find yourself in your hometown once again, rifling through your childhood bedroom and making small talk with relatives. This year, scientists found that all of humanity may actually share one single homeland — a discovery that, as contentious as it is, may make us all feel just a little bit closer.

In an October 2019 paper published in Nature, scientists used a combination of genetic analysis, climate modeling, and archaeological data to pinpoint a region in East Africa that may have been the ancestral homeland of ancient humans. Specifically, we once called somewhere around Northeast Botswana, south of the Zambezi river, home, according to the paper.

This is #1 on Inverse’s 20 most incredible stories about our planet from 2019.

The team narrowed in on this locale by tracing a lineage of mitochondrial DNA, a small fraction of DNA housed in the cell’s mitochondria (the powerhouses of the cell), and not the nucleus, where most of our DNA can be found. The team tracked the “deepest rooting” genetic signature called L0, which they suggest dates all the way back to the emergence of anatomically modern humans. This was the “largest L0 study to date,” according to the study, leveraging DNA from 198 people to trace humanity back to an ancestral homeland.

The area these scientists pinpoint is part of the picturesque, but not necessarily bountiful, Makgadikgadi salt pans. The salt pans were once a giant lake called Lake Makgadikgadi.

Around the emergence of humans about 200,000 years ago (there are competing dates), this area was beginning to dry up, but hadn’t quite finished the process. At the time, it early humans’ home would have been a swampy wetland. It likely looked similar to the Okavango Delta, the scientists said.

We didn’t stay there very long, according to the researchers. Around 130,000 years ago, and then once again 110,000 years ago, climactic shifts opened up “green corridors,” where increased rainfall made it easy for humans to follow two major pathways out of the homeland.

The emergence of these corridors coincide with the splitting off of the L0 genetic signature, study author Axel Timmerman told reporters at a press conference aired to coincide with publication. Our pathway out of Africa may have been paved via these “green corridors,” he said.

“The green corridor concept has been put forward in many different situations to explain the long-term migration of hominins, also neanderthals into Arabia,” he said.

Is this really our only homeland?

The paper is not without controversy. Many scientists critiqued the results, saying that the authors’ interpretation of the findings is overblown. A small selection of genetic evidence isn’t enough to support the idea that all of humanity may have originated from one place, they caution.

"Our species did not emerge suddenly 200,000 years ago in a restricted ‘Garden of Eden’ somewhere in East Africa."

Other evidence suggests there were many places throughout the African continent where humans were emerging simultaneously. In 2017, fossils found in Morocco hint that there was no “cradle” of humanity 200,000 years ago. Instead, these fossils push back the emergence of humans to 300,000 years ago — far from the original cradle.

“Our species did not emerge suddenly 200,000 years ago in a restricted ‘Garden of Eden’ somewhere in East Africa. If there was ever a Garden of Eden for H. sapiens, it had the size of the African continent,” Jean-Jacques Hublin a paleoanthropologist with the Max Planck Institute told Inverse at the time.

As 2019 draws to a close, Inverse is revisiting the year’s 20 most incredible stories about our planet. Some are gross, some are fascinating, and others truly are incredible. This has been #1. Read the original article here.