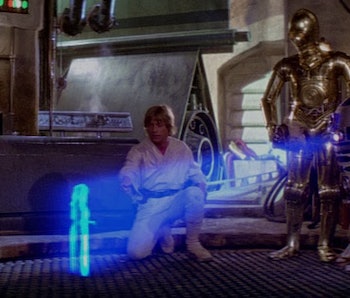 We shouldn’t need to tell you that The Force Awakens and The Last Jedi are worth a rewatch ahead of Star Wars: The Rise of Skywalker. Regardless of how you feel about Rian Johnson’s work, it’s worth revisiting before you see what happens next. But beyond the main movies, there’s a couple of episodes from various Star Wars animated shows that are worth checking out, if only for the background info they provide about some new concepts or characters to the live-action movies.

By the time of the new Star Wars trilogy, many pieces of ancient Force-related knowledge, rituals, and technologies have been forgotten. But for anyone who wants to feel like something close to a Star Wars expert with a minimal time investment, consider watching these select episodes from The Clone Wars and Rebels.

We won’t tell you exactly why, but trust us, you’ll be happy you did it when Rise of Skywalker makes a whole lot more sense.

These early Season 2 episodes of The Clone Wars introduce the concept of a Jedi holocron, a techno-magical data storage device that could only exist in Star Wars. The Jedi: Fallen Order video game also utilizes the concept in important ways, and you can even purchase real-life replicas at Disney’s Galaxy’s Edge theme parks, so their importance to Star Wars is only increasing.

We’re not admitting that holocrons are used in The Rise of Skywalker by any means here, but having at least a vague understanding of these devices and how they work will enrich your viewing experience.

“The Gathering” is an interesting episode that explores some of the rituals that Jedi younglings undergo in their training, and at the particularly crucial point in the process where they construct their own lightsabers. Yoda and Jedi Knight Ahsoka Tano take a group to the planet Ilum, rich in Kyber Crystals that most assume gets transformed into Starkiller Base years later.

The ritual explains how lightsabers get their colors, how it involves an internal struggle against a young Jedi’s fears and other emotions. At the end of The Last Jedi, Rey was left with nothing but a broken lightsaber, so regardless of what happens in The Rise of Skywalker, this is an insightful episode that’ll help anyone appreciate the relationship between a Jedi and their lightsaber.

Some of the most cerebral stories to come out of The Clone Wars happen at the very end of the previous run that concluded in 2014. (A new season will premiere in February 2020.) Force ghosts have been important to Star Wars since the very beginnings, and their prominence remains in Rise of Skywalker in some capacity.

These three episodes explore the deep origins of this Force ability in a storyline where Yoda ventures to the heart of the galaxy to find the origins of the Force itself. While there, he faces Dark Yoda among other trials and receives a troubling but hopeful vision of the future.

One of the heavier Rebels storylines in terms of Jedi/Sith lore, “The Holocrons of Fate” takes the holocron concept one step further by introducing an interesting complication when a Dark side uses activates a Sith holocron while a Light side user activates a Jedi holocron. They unify into one construct, and the two participating Force-users may each ask the unified holocrons a question about anything past, present, or future. We see this happen when Darth Maul forces Ezra Bridger to assist in doing os.

It presents a kind of bizarre spiritual union between Dark and Light side users that feels reminiscent of the ongoing bond between Rey and Kylo Ren. Do they find and use holocrons in a similar way? We aren’t telling, but this episode in particular feels like a good one to rewatch regardless of how it may or may not relate to The Rise of Skywalker.

Star Wars: The Rise of Skywalker will be released Friday, October 20, 2019.