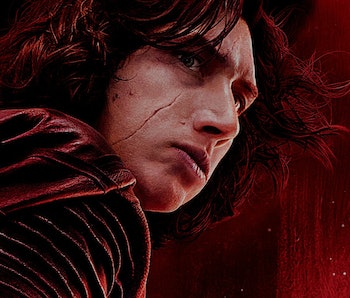 Before the current version of The Rise of Skywalker took shape, a very different version of Star Wars: Episode IX was in development from Jurassic World director Colin Trevorrow. After Trevorrow was fired by Lucasfilm, the film’s story was rewritten by Justice League scribe Chris Terrio and J.J. “Mystery Box” Abrams. We already knew Trevorrow will get story credit on Rise of Skywalker. But now, new details have emerged about a third script with a pretty shocking reveal about Rey and her connection to the Skywalker clan.

Rise of Skywalker leak factory MakingStarWars.net originally reported the details of this discarded script, claiming it represented Trevorrow’s plans for the franchise. However, after Trevorrow called the entire report “incorrect” in a public statement on Twitter, MSW clarified that the script in question was actually the one penned by Jack Thorne (Harry Potter and the Cursed Child, HBO’s His Dark Materials) after Disney hired him to re-write Trevorrow’s script.

Still following? I know it’s complicated, but the important thing to note is that these leaked Star Wars: Episode IX script details are still legit — assuming you believe MSW, that is. Of course, Abrams and Terrio later came in and wrote their own script, but it’s possible they took some inspiration from Thorne.

Before you get too excited, most of the plot points in this trashed Episode IX script likely won’t make it into the final movie, but there are a few minor details that might just carry over into The Rise of Skywalker. Let’s discuss.

Speculation ahead and spoilers for a version of Episode IX that didn’t get made. Kind of.

Part of the fun of Star Wars fandom is imagining what might have happened in various versions of the saga. George Lucas toyed around with Luke turning to the Dark Side in Return of the Jedi, and early versions of The Phantom Menace took place when Anakin was much older. Lando was almost a clone in The Empire Strikes Back. Underneath nearly every Star Wars thing you love lurks the shadow of something else that almost took its place. When it comes to just the films, certain concepts never went away entirely; they were later repurposed. Even the name “Starkiller,” which Lucas threw away in his initial drafts for “The Star Wars,” came back in The Force Awakens as Starkiller base.

So, when Making Star Wars released details about an earlier script for Episode IX this week, the knee-jerk reaction of most fans was simply, “Wow, I’m glad this movie isn’t getting made.” But Abrams and Terrio likely used some of this stuff. After all, there’s only so many ways the saga can come to an end. Here are three such things, and why it’s a good bet some version of these ideas will exist in The Rise of Skywalker.

Part of the leaked script from Making Star Wars indicates that “Rey and Ben were to have grown up together and she was like his little sister, living in the Solo household together,” and that Rey’s mom was Leia’s cook. Rey doesn’t remember any of this because her memories were erased.

It’s likely Abrams jettisoned the stuff about Rey’s mom, but the idea that Rey had some prior connection to Ben and Leia seems plausible. In numerous interviews Daisy Ridley has said the connection between Rey and Kylo Ren is not “skimmed over” in The Rise of Skywalker. That may be a hint that something involving Rey’s repressed memories of the Solo family still happens.

Leia knowing Rey’s parents would explain her instant warmth with Rey and that hug in The Force Awakens. According to the leak, Thorne’s script would have done it like this: “It was implied at one time that the father and mother of Rey fought at the Battle of Jakku before taking up domestic duties in the Solo family home.”

The specifics of how and why Leia knew Rey’s mom would likely be changed from the Trevorrow screenplay. But it’s a good bet that The Rise of Skywalker will put Leia in the Obi-Wan Kenobi position of saying, “I did know your parents, from a certain point of view.”

Making Star Wars also indicates that Thorne’s version “was also going to have red Stormtroopers, but they were not Sith Stormtroopers.” This seems to suggest that Abrams saw the idea for the red troopers and then took it in a new direction. If someone else hadn’t contributed that idea, then it’s possible Abrams and Terrio wouldn’t have spun the Sith Troopers out of that. If this secret army is a huge part of how the power balance shifts in The Rise of Skywalker, the invention of a new group of troopers is pretty significant.

As the latest Making Star Wars piece indicates, there are still many “mysteries” about The Rise of Skywalker. We may never know exactly what was planned for the first version of Episode IX. But if history repeats itself, something of what we’ll see on screen in a few weeks will be a hybrid of the old and the new.