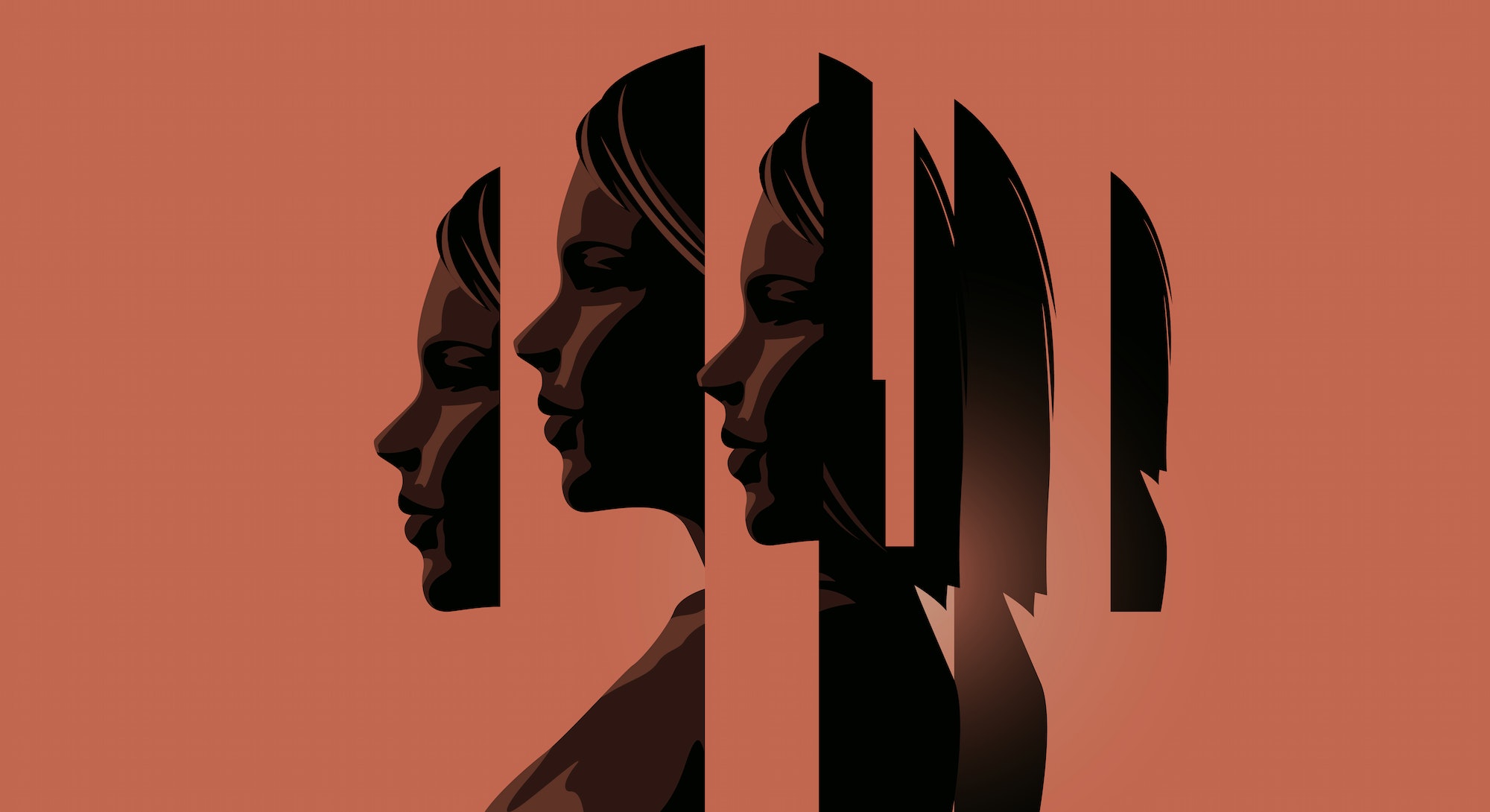 In the 1970s, women of childbearing age were banned from taking part in first-stage clinical trials. The idea, it seems, was to protect them and their potential offspring from any ill-effects from unapproved medicines. But despite ending more than 20 years ago, the ban continues to have an insidious influence on women’s reproductive health today.

The mass exclusion of women from research means there are huge gaps in the science that dictates almost every aspect of a woman’s health — from birth control methods to potentially life-saving medications, like drugs to treat HIV.

“Women need to recognize that health care doesn’t understand women yet,” Sarah Hill, professor at Texas Christian University, tells Inverse. “A lot of the literature that doctors are relying on is based off research done almost exclusively on men. Our bodies don’t work like men’s bodies.”

“When people are prescribed a drug, they often say, ‘Are there any side effects?’” Therese Fitzgerald, former director of Women’s Health Policy & Advocacy at Brigham and Women’s Hospital, tells Inverse. “But no one’s really trained or really thinking about, ‘Who did they test this on? If they tested it on a hundred white guys and I’m a black woman, what does that mean for me? Is this safe?’ The side effects were X, Y, and Z, but I don’t fit that profile…”

"If your doctor isn’t listening to you and tries to dismiss what you’re going through, you find a different doctor."

The missing research makes it difficult for women to make confident health decisions — especially around their sexual and reproductive health. As a result, women may risk adverse effects from an approved drug (untested in women), or suffer unnecessarily with health problems that just don’t occur in men.

“We’re constantly having to play experiments in our own bodies because nobody tested the drugs on us, so we have to play musical pills with anything we take,” Hill says.

To understand how to bridge the chasm in clinical research, we have to first take a trip back in time — to the 1950s.

“No one is really trained or thinking about: Who did they test this on? If they tested it on a hundred white guys and I’m a black woman, what does that mean for me? Is this safe?’”

The dark legacy of a major health scare in the 1950s influences the way clinical research is regulated today. Throughout the ‘50s, pregnant women were prescribed thalidomide to help them deal with morning sickness. But the drug wound up causing severe birth defects in their offspring. The United States’ Food and Drug Administration and other countries’ governments rushed to withdraw the drug from the market, but the scandal made its mark. Drug makers steered clear of testing drugs in pregnant women — and women in general.

For the next four decades, women were almost entirely missing from medical research. And in 1977, the FDA implemented a policy excluding all women who could possibly have children from participating in Phase I and Phase II clinical trials.

“It was women of childbearing potential, and that meant generally you had to be surgically sterilized or two years post-menopausal,” Susan Wood, professor of health policy at the George Washington University, tells Inverse. Single women, married women whose husbands had undergone a vasectomy, or women using contraception were all banned from participating in early clinical trials. In their stead, researchers used pregnant mice and rodents as analogues to humans in toxicology studies of reproductive medicines. They only started testing the drugs in real women — never pregnant women — in later, more advanced trials.

The reasons behind exclusion go beyond the thalidomide disaster. Researchers still fear harming women’s fertility or future children. There was a widely-held consensus that women’s complex hormonal pathways would poison the results — or, even worse, they might become pregnant during a trial, Wood says. Some even said because there weren’t enough women’s restrooms in research facilities, they just couldn’t support a large number of female participants, she says.

Ultimately, these attitudes led to decades of missing data on the ways drugs impact women. And though there has been some progress made, research today is often notable for just how few women take part in studies. That even extends to the frequent exclusion of female animals from medically-relevant research. At the same time, few studies done in animal models report the sex of their subjects.

As a result, scientists and clinicians are struggling to make up for the lost data.

Today’s health system looks starkly different to that of 1950 — and women have started to (slowly) feature in health research. In 1993, the US National Institutes of Health passed the Revitalization Act, requiring the researchers they funded to include both women and men in clinical studies, and to analyze their results by sex or gender.

In the twenty-plus years since the act passed, the gaps in the science have narrowed slowly — but it hasn’t all been forward progress. Now, all clinical trials are required to include male and female participants if the drug is to be used in both genders, and to analyze sex differences in the results. The FDA now publishes public “drug trial snapshots,” which detail who was included in a drug’s trials.

But a drug approved earlier this year shows the system is still failing women. Last month, the FDA approved a drug called Descovy, a pre-exposure prophylaxis (PrEP) treatment designed to reduce the risk of getting HIV if exposed to the virus. Descovy is desperately needed — almost 40,000 people are diagnosed with the virus every year.

But the new drug was only tested on, and approved for, HIV-negative men and transgender women who have sex with men — which means it isn’t approved for use by the many women in the US who are also exposed to HIV on a daily basis. Unlike Descovy, HIV is a disease that doesn’t discriminate by gender.

“The FDA should have instructed the company that, ‘We’re sorry you think it’s a bit harder to recruit women in high risk populations but if you want to get a drug approved in the United States, you have to test it in the population in which it is intended to be used,’” Wood says.

Wood is certain the drug will be “quietly marketed” to women.

It’s a stark reminder that when women are left out of research, they ultimately lose out — and the costs can be life or death.

Birth control medications — drug treatments used by millions of women every day in the US — are also affected by the gender gap.

Most birth control research to date focused on whether a drug is safe or not, Hill says. Basic questions around efficacy and the side effects of hormonal contraceptives — whether hormonal birth control causes cancer, for example, and whether it does indeed prevent pregnancy — are largely settled.

The “pill” is one of the most rigorously studied drugs women take for birth control, but still, the subtle ways hormonal contraception influences individual women’s quality of life are poorly understood.

Choosing the right birth control is a game of trial and error — and the stakes are high.

At best, the side effects are just annoying. Women on the pill might experience a bit of weight gain or acne, for example, and may turn to other methods of pregnancy prevention. But at worst, they can experience depression or mood swings — psychological effects that can lead to long-term problems or even suicidality.

Research on hormonal contraception methods’ mental health effects is scarce, and, of what little there is, the results are mixed. A 2011 review found “surprisingly little” about the links between oral contraceptives and mood. But some studies suggest a link to depression.

A 2016 Danish study published in JAMA Psychiatry suggests that women on hormonal birth control were more likely to be diagnosed with depression and use antidepressants. But a 2017 study found no link between hormonal contraception and depression. It did, however, find that using birth control over three months negatively influenced users’ quality of life (mood, energy levels, and self control).

The jury is still out on hormonal birth control’s mood effects. How oral contraceptives interact with antidepressants or anti-anxiety medications also remains a mystery.

The unknowns increase in certain populations, like pregnant women, adolescents, LGBTQ+ people, and the elderly. More randomized, double-blind clinical trials — the gold-standard of medical research — are needed to figure out exactly how hormonal contraception influences women’s minds and bodies at different stages of their lives.

Research on the mental health effect of hormonal contraception’s is lacking, and the results, mixed. Some studies show the “pill” reduces anxiety symptoms but increases risk of being diagnosis with depression. More randomized clinical trials are needed to figure out how hormonal birth control influences the mind.

More research would translate to better care in a system where women are often misdiagnosed, or missed entirely. Hill recalls being misdiagnosed after going to the doctor because of a sinus blockage. “I was dizzy and the doctor just said, ‘I think you’re just anxious.’”

“If your doctor isn’t listening to you and tries to dismiss what you’re going through, you find a different doctor,” she says. “We need to vote with our healthcare dollars and not be visiting doctors who are doing that anymore.”

Open discussion about what we know — and don’t know — about certain drugs will help women make more informed decisions. It may also lead to better, more inclusive research in the future. On a system level, Fitzgerald and Wood suggest rethinking what’s included on medical labels and strengthening enforcement of sex-based research requirements.

People have more power than they think when it comes to influencing drug and insurance companies, she says. “It’s all about the consumer experience now and if consumers and patients are not happy, then that’s going to be poorly reflected in their bottom line and their outcomes.”

Hill remains hopeful that the work being done now to plug the gaps, and the increased conversation around women being absent from much clinical research, will bear fruit.

“Medicine seems to be changing in a positive direction,” Hill says. “It is becoming more savvy and nuanced, which will make it easier for women to be taken seriously.”