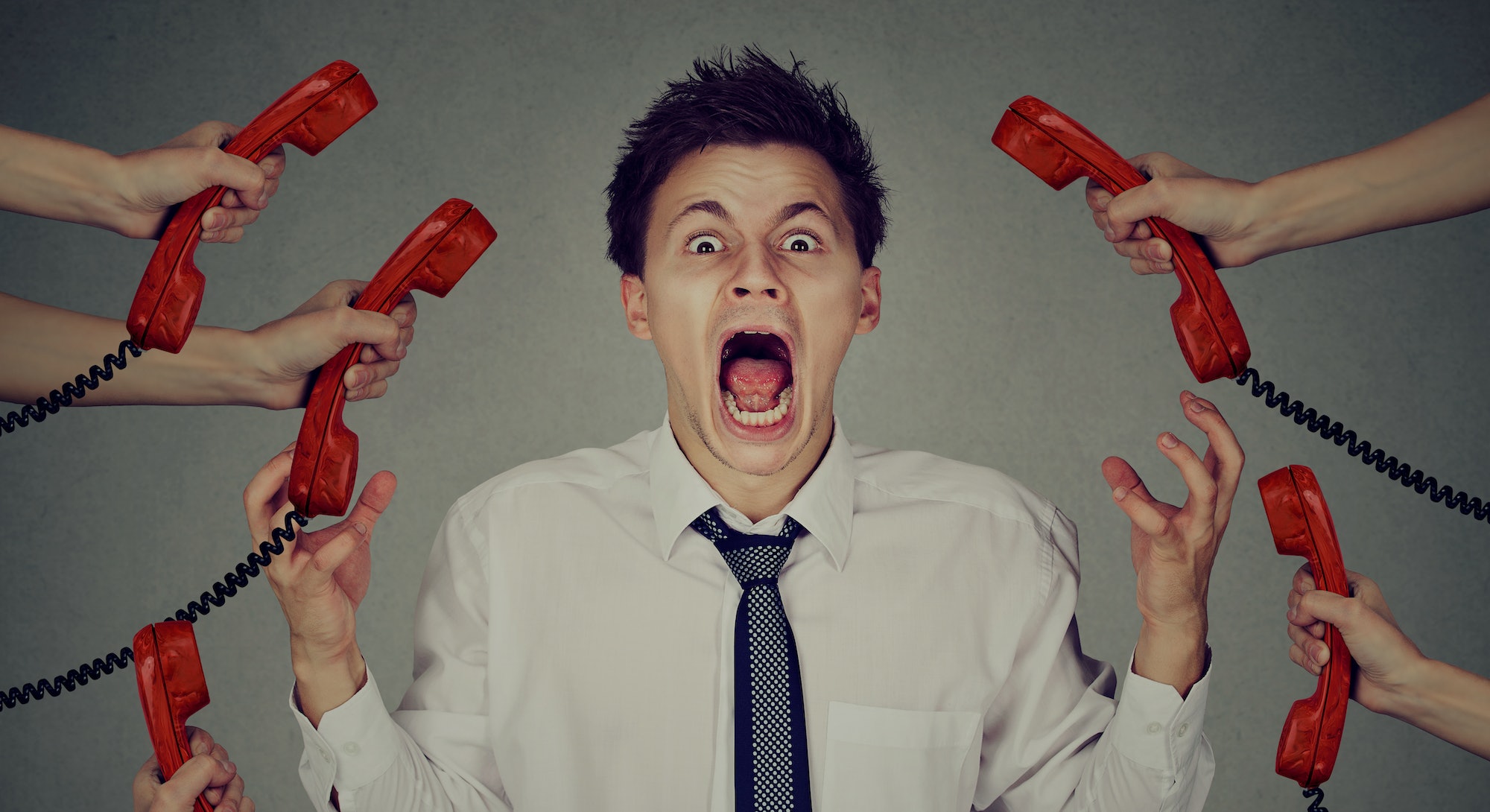 For every ping, push notification, or buzz from your demanding fitness watch throughout the day, there is the blissful release that is “Do Not Disturb.” But even then, your distraction-free zone isn’t entirely safe. Another source of distraction is lurking: a dangerous beast that comes from deep inside yourself.

This beast doesn’t require a push notification to tell you to drop your work and start watching “Bobcats in My North Dallas Yard.” It’s the self-interruption, a type of distraction that has far more potential to derail your day than the random text message does. Analysis of 889 hours of work collected from 36 office employees found it took nearly two minutes longer to resume working when they interrupted themselves compared to when they got distracted by someone else.

The good news is that we have a chance at controlling the desire to distract ourselves, as Raquel Benbunan-Fich, Ph.D., an expert in behavior and multitasking at Baruch College’s Zicklin School of Business, tells Inverse. In fact, we have more than just hope; there’s a way to bend the sinister nature of self-interruption to your will.

Benbunan-Fich has published a series of studies, including one from 2013 that dives deep into why people are driven to distract themselves. It turns out that not all self-interruptions are actually bad, but there are a few crucial signals that can help you recognize when a self-interruption might be productive and when it might be a bad idea.

How to recognize the “flow zone”

There is one glorious state where you never have to worry about self-interruption. This, explains Benbunan-Fich, is called the “flow zone.”

That’s when you’re “in the zone,” doing whatever it is you do. Your entire brain is consumed with the task. It’s challenging but not overwhelming. In that state, says Benbunan-Fich, you probably won’t want to stop and check your email or text a friend.

One of the key characteristics of the flow zone is the rate of progress during a task, she explains. You’re engaged because the task is just hard enough that you’re tackling it at a rate that feels like you’re getting somewhere. That’s the place you want to be as much as possible during the workday.

Getting into the flow zone isn’t a perfect science, but you can set yourself up to maximize the potential for uninterrupted flow. Firstly, you’ll need to block off time that is removed from external interruptions (push notifications, meetings, emails). One hour before a meeting is not an ideal time to try to get into the flow zone.

Then, there are three things to keep in mind as you set yourself up for success:

Of course, it’s ideal to try to stay in a state of flow, but as Benbunan-Fich explains, we often pull ourselves out of it. The good news is there are some ways to recognize when that might start to happen.

Why we pull ourselves out of the flow zone:

We can actually predict when we’re most likely to deviate from that flow zone. It comes down to the rate of progress through a task. We start to run into trouble when that rate of progress gets either too slow or too fast.

Too much progress all at one can lead to self-distractions, says Benbunan-Fich:

“I don’t know if you have to do very boring tasks like transcribing or copying numbers into a spreadsheet, but these kinds of repetitive tasks are kind of begging for multiple interruptions. The task isn’t challenging at all.”

But too little progress become frustrating, which also drives people to distract themselves. “Then, you’re frustrated because you can’t proceed through the task and advance in a way that makes you feel satisfied,” she says.

These are the times in your day when you’re most likely to interrupt your own progress and get pulled outside of the flow zone: when things are just too hard or mind-numbingly easy. And interestingly, getting pulled out of the flow zone because things are too hard, ends up being more disruptive overall.

Eventually, you will need to stop working. In fact, you should schedule regular, strategic pit stops in your day to keep your supply of energy high.

The difference between the good and the bad, she says, comes down to realizing why you’re stepping away from the task at hand. “It’s not just when you take the interruption; it’s also why you are stopping the work,” she explains

To get a sense of how this works, consider the graph below from Benbunan-Fich’s 2013 paper.

Take a look at the “positive feelings area” to the far right. That’s when you’re zooming through your task and feel like you deserve a quick break. The task may be boring, but you generally feel good about stopping since progress is being made, and that ends up being okay. “When people switch for positive reasons, they get their mental break and then continue. Ultimately, this leads to less self-disruptions overall,” says Benbunan-Fich.

Now, direct your attention to the upper left side of the graph. That is the bad kind of self-interruption, like, when you throw your Rubik’s Cube against the wall because it’s stumped you. Though it may be time for a break, Benbunan-Fich explains that these breaks often aren’t productive, and over time, they lead to a spiral of more self-distraction, which she saw in her 2013 study.

“When people returned to the task, they weren’t able to continue, and then they would feel more frustrated,” she says. “Then, they would engage in this negative spiral of switching and switching and performance would suffer.”

Ideally, we would all love to take the happy I-deserve-this-because-I-am-so-good-at-my-job kind of self-interruption. But the negative ones are often unavoidable. If you feel one coming, there are some things you can do to try to ease the transition.

Push for a natural stopping point

One of the major issues with self-interruption is that it creates what Benbunan-Fich calls a “resumption cost.” That’s the idea that when you get distracted, you will take a small hit in productivity as you try to recreate the state of mind you were in before you quit. The key is to try to find a place where you can get that cost as low as possible.

"When you stop a task in a natural stopping point, the self-interruption has the effect of replenishing your cognitive resources."

One way to best reduce that “resumption cost” is to find a natural stopping point: the end of a paragraph, after every 50 cells of data entry, or at some place where, once you resume, you can do so with a fresh perspective. If you feel a negative break coming on, it may be worth pushing just a little longer until you see a natural opening for a break.

At the end of the day, we’ll always be fighting our inner distraction demons. But the good news is that, occasionally, they can be benevolent. The trick is not letting negative emotions dictate when you decide to turn your attention elsewhere.

*A version of this article first appeared as the Strategy newsletter. Sign up for free to receive it weekly.