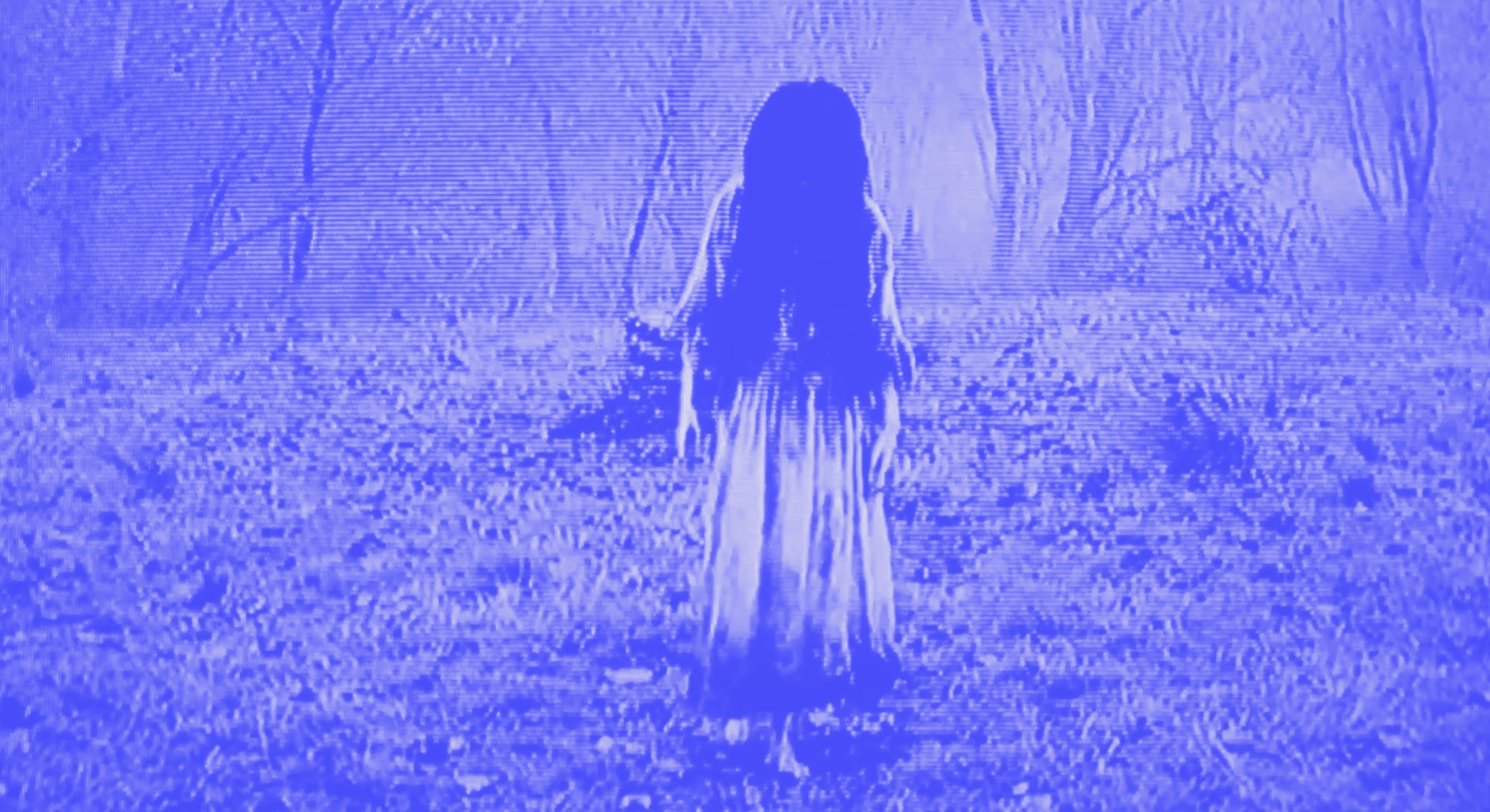 Spooky season means horror movie marathons, haunted houses, and maybe even a ghost tour. But what happens when these frightening activities show up in our dreams? Nightmares may seem totally negative, but research suggests they may have a few surprising benefits.

“Interpreting our dreams [and nightmares] often makes us understand something about what we’re thinking or feeling that we haven’t been conscious of,” Deirdre Barrett, Ph.D., assistant professor of psychology at Harvard University and author of Trauma and Dreams, tells Inverse.

“So if you just have garden variety nightmares occasionally, that’s a really good opportunity to understand a little bit more about unconscious fears and anxieties that may be cropping up.”

Nightmares can still cause distress and kick off a cycle of anxiety and sleep deprivation, which leads to more nightmares — a stressful merry-go-round that can make people fearful of falling asleep. For people dealing with post-traumatic nightmares, these scary dreams do more psychological harm than good.

But for people who have a nightmare or two every month, it’s worth exploring how waking up in a cold sweat with your heart racing might present an opportunity to improve mental health and understand ourselves better.

If you have nightmares occasionally, that’s a really good opportunity to understand a little bit more about unconscious fears

Nightmares are dreams that cause overwhelming fear. Some scientists define them as highly dysphoric dreams involving intense negative emotions which occur during late-night REM (rapid eye movement) sleep. They also often tag nightmares as dreams that wake you up suddenly.

Nightmares often revolve around risk of death or injury, loss of control, or a stressful event—- maybe a killer is chasing you down a dark hallway, you’re facing an exam without preparation, or you’re driving your car the wrong way on the interstate. Garden variety nightmares are different than night terrors, which occur in non-REM sleep and typically diminish with age, and post-traumatic nightmares, which cut across sleep cycles and can be more like a flashback of real events, than a dream. Post-traumatic nightmares can be extremely upsetting, forcing the person to relive traumatic events over and over.

They can overwhelm the dreamer with feelings of rage, sadness and disgust. What defines a nightmare is whether the dreamer feels like they can’t handle it, she says. If people feel like they can cope with the overwhelming emotion, they tend to label the experience a “bad dream” — not a full-on nightmare.

Having a nightmare isn’t so different than facing fear while awake: during a nightmare, heart rate skyrockets, people sweat more and breathe more heavily, and the body releases fight-or-flight hormones — adrenaline and norepinephrine. In the moments after a nightmare, it can take seconds or minutes to calm the nervous system and either go back to sleep or prepare for the day ahead. Chronic nightmares interrupt sleep, and can negatively impact work and relationships. Nightmares and sleep disturbances are even associated with elevated risk of suicide.

But for most people, the occasional nightmare doesn’t typically cause bad feelings that linger hours or days after they appear. Most people wake up unsettled, but move on quickly. Some people even enjoy them.

For most people, the occasional nightmare doesn’t typically cause bad feelings that linger. Most wake up unsettled, but move on quickly.

Whatever happens to you before bed or earlier in the day is more likely to show up in your dreams than something that happened weeks before. Stressful events like an exam, natural disaster, or death of a loved one can cause an uptick in “garden variety” nightmares.

What shows up in your dream may not be the source of your stress and anxiety, but could create the same feelings: a terrifying loss of control, paralyzing depression, or crushing anxiety about the future.

Even things that aren’t real can spike nightmares. If a horror film reminds you of something that happened during childhood or it has a particularly terrifying moment like Psycho’s shower scene or The Shining’s, “Here’s Johnny…” it’s more likely to stick with you and appear in a nightmare.

“How vivid and striking the imagery or event is, or how much it happens to map on to something that’s important to you individually can cause nightmares,” Barrett tells Inverse.

By adulthood, most people know themselves and their propensity for nightmares, Barrett advises. Trusting your gut can help you decide whether to join your friends on a spooky adventure, or stay home.

“If you’re someone who has had nightmares about movies or scary scenes that you’ve seen in the past and you’re being pressured by your peers, don’t go! The odds are that it will potentially find its way into your dreams and stir up your anxieties,” the dream expert says. “But if you’re the kind of person that’s really excited by that gets an adrenaline rush and doesn’t much mind if it shows up in your nightmares, go for it.”

Some people’s nightmares might not seem scary to others, but they are terrifying to them personally.

“Some nightmare content is not about stuff that would seem that scary to anyone else. Some nightmares have this just horrible, sense of impending doom. While the actual content looks kind of boring to the average eye, it’s absolutely terrifying to that individual,” Barrett says.

Nightmares, like dreams, are universal: About a fifth of the general population reports experiencing nightmares every week. The two things have the strongest correlation with nightmares are general anxiety and something Barrett calls, the “dream intensity factor.” This factor hinges on how often people recall their dreams and how emotionally intense those dreams are, Barrett explains.

“It may seem counterintuitive, but to some extent, it’s the same people who are having these wonderful euphoric peak experience dreams that are likelier to have nightmares,” she says.

Young adults, in their late teens and early twenties dream the most, while nightmares peak in children. Anxious and depressed people, as well as those with psychological disorders like PTSD, borderline personality disorder, and schizophrenia have more nightmares than the general population. Certain medications and drugs have also been associated with nightmares. Antidepressants have been linked to less REM sleep and more bad dreams. A lack of sleep seems to exacerbate nightmares too.

Occasional nightmares, however uncomfortable, might have a few surprising psychological benefits: They may play a similar organizational role to dreams which help the brain consolidate and store memories. They may help the brain process intense emotion or challenging events, Barrett says.

Another theory says dreaming and nightmares are ancient biological defense mechanisms to simulate threats: humans act out theoretical scenarios in their mind to prepare for real-life threatening events. If this theory ends up being correct, humans would be better prepared to fight a real-life attacker if they meet them in their dreams.

This may be why kids have the most nightmares, Barrett says. “Children are the most at risk — at least in primal times back on the savannah — that they can die more easily from predators, bad people, falling off cliffs. There are more things [children] should be worried about and so they’re kind of programmed to be on the lookout for dangers, while they are awake and asleep.”

Some scientists speculate that nightmares are an indication of emotional dysregulation — meaning that what we suppress during waking life arises during sleep. It’s called dissociation, and often, during REM sleep and during a nightmare, the dampening of emotional experience that comes with disassociation is unlocked.

Interpreting dreams and nightmares offers a unique opportunity to reflect on the things we may be suppressing, or gain insight from our subconscious. Barrett questions the usefulness of “dream dictionaries,” but encourages people to reflect on what their dream might mean to them personally. Pay attention to when you have a nightmare and what it’s about.

Use the scary dream to take a journey through your emotional landscape. You might be surprised by what you find.

Use the scary dream to take a journey through your emotional landscape. You might be surprised by what you find.

How to prevent a nightmare

If you do watch a movie or have a scary experience, there are strategies you can use to fend off future nightmares. One is called dream incubation, and it’s a visualization technique where you imagine and focus on a positive scene or memory as you fall asleep. Sometimes, you can even say out loud, “I want to dream about flying or the vacation I’m going on later this year,” Barrett explains. Conjuring positive images as you drift off can help them show up later as you dream. Doing the opposite — saying you don’t want to dream about the guy with the chainsaw from the corn maze or Samara from The Ring — won’t work, Barrett cautions.

If your nightmares are chronic, you can try imagery rehearsal therapy with a mental health professional, a technique which helps you rescript terrifying recurrent nightmares to have different outcomes and be less psychologically damaging. The treatment can help people regain longer, more peaceful nights’ sleep.

Ultimately, the occasional nightmare is normal and common, especially in children, Barrett says. If they don’t interfere with waking life or cause severe distress, Barrett doesn’t advise suppressing nightmares.

“Just like interesting, positive dreams can help us understand more about ourselves and have metaphoric meanings to us, garden variety nightmares can do the same,” Barrett says. “The most useful thing we can do with nightmares is to interpret them and try to understand them.”