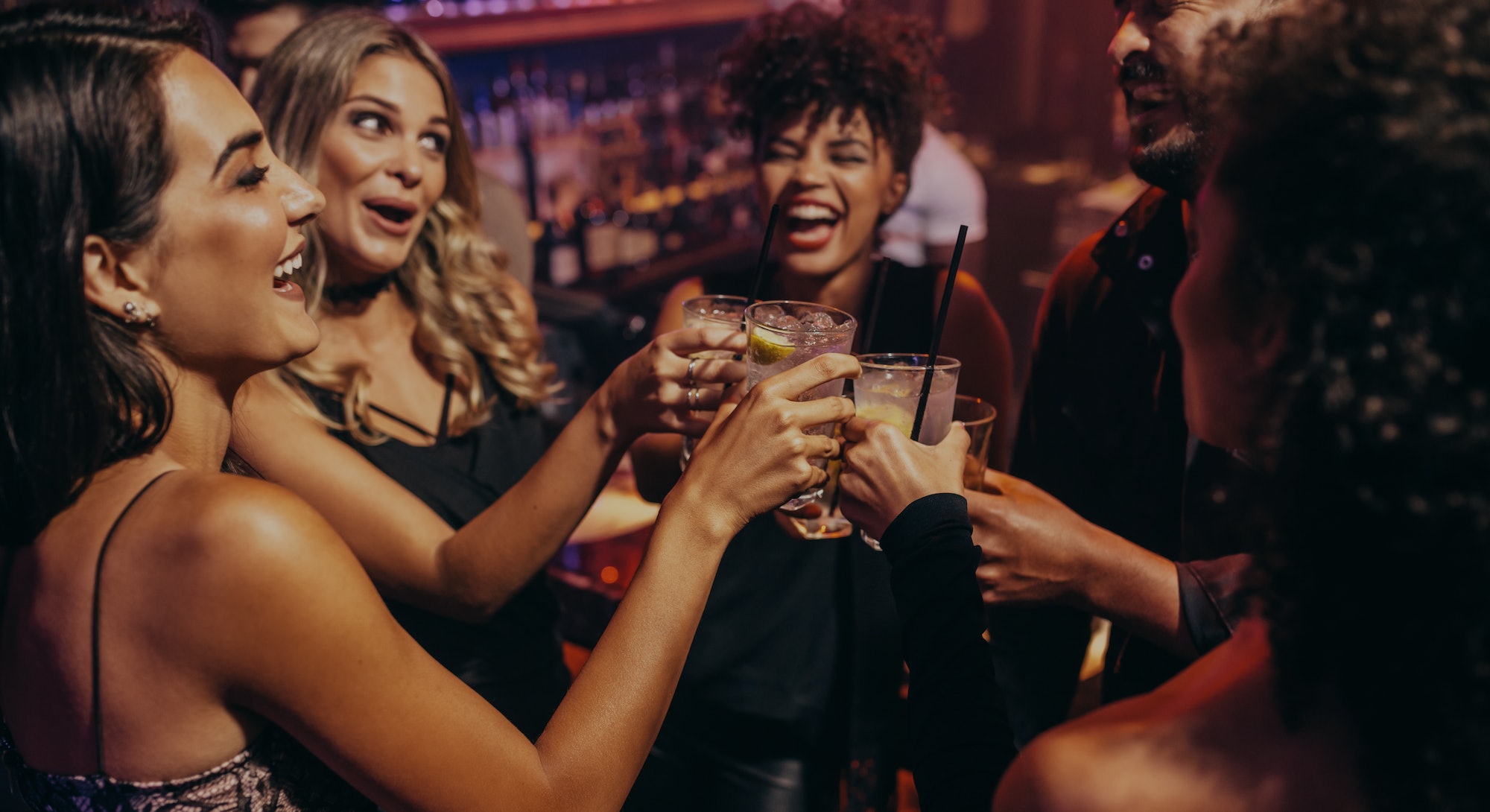 But if your heart beats chaotically or too rapidly over hours, weeks or even years, you may have something called atrial fibrillation or “AFib,” the most common type of heart rhythm disorder. So many people suffer from AFib — an estimated three to six million Americans — that new technologies like the Apple Watch and AliveCor’s Kardiaband have tried to better detect it.

Meanwhile, a new large-scale study published Thursday in the journal EP Europe places the spotlight on preventing AFib, rather than detecting it. This isn’t the first time alcohol has been linked to AFib, but this time, researchers found it’s how frequently one drinks, not necessarily how much one consumes, that makes the difference.

Furthermore, the study found that drinking often, even just a few drinks per sitting, increases the risk for AFib more so than binging a ton of drinks all at once.

It’s not unusual for doctors to caution patients to stop binge drinking in an effort to curb AFib. However, this research suggests limiting the days per week spent drinking is more effective than cutting the number of drinks in total. In turn, the study authors hope this research can provide people with risk factors for AFib — older people, males, those with high blood pressure, diabetes, and sleep apnoea — new strategies to prevent getting AFib.

AFib occurs when the upper and lower chambers of the heart get out of sync. Abnormal firing of electrical impulses cause the atria (the upper chambers of the heart) to quiver and the ventricles (the lower chambers) to beat irregularly. For most people, AFib is harmless, but some can develop serious complications from the disorder: shortness of breath, dizziness, fatigue, chest pain, blood clots and heart failure. If you have AFib, you are four to five times more likely to suffer a stroke.

“Atrial fibrillation is a disease with multiple dreadful complications and significantly impaired quality of life,” study author Jong-Il Choi, M.D., Ph.D., study author and professor at Korea University College of Medicine and cardiologist at Korea University Anam Hospital, explains. “Preventing atrial fibrillation itself, rather than its complications, should be our first priority. Alcohol consumption is probably the most easily modifiable risk factor.”

"Alcohol consumption is probably the most easily modifiable risk factor.”

Management and treatment for AFib can be difficult and expensive: sometimes patients take medication to regulate their heart rhythm, other times medical procedures involving catheters or surgery are needed. Changing drinking patterns may be one relatively easy and cheap adjustment that could help people from getting AFib in the first place.

How much drinking is too much?

In the study, researchers analyzed 9,776,956 individuals without AFib. Participants were members of the Korean National Health Insurance Service, which includes 97 percent of the entire Korean population.

The study looked at participants who got check-ups in 2009 and filled out a questionnaire about alcohol consumption. Participants were followed until 2017 to see if they developed AFib. They compared how often people drank per week and how many drinks they reported drinking in each session, with who developed AFib. One drink was considered 8 grams of alcohol— a little less than half of one standard drink, like one beer, in the United States.

The research showed that even low amounts of alcohol consumed in frequent drinking sessions were associated with increased risk of AFib. Scientists didn’t find a link between binge drinking and higher risk of AFib.

Patients who drank once a week showed the lowest risk of developing AFib, while patients who drink every day had the highest risk. Surprisingly, patients who didn’t drink at all had a higher risk of AFib than those who drink once or twice a week. This study doesn’t provide a reason as to why. The study did find that drinking a lot of alcohol during the week, in one sitting or five, did lead to more AFib than lower total amounts.

Drinking alcohol often may cause AFib because the practice [can contribute]((https://www.niaaa.nih.gov/alcohols-effects-body) to obesity, bad sleep, disease, and higher blood pressure.

Meanwhile, when it comes to the Apple Watch’s ability to track AFib, the devices have been criticized for causing more harm than good by giving false negatives, in turn flooding doctor’s offices with healthy patients and inadvertently discouraging others from seeking medical help for irregular heart patterns. The Stanford Apple Heart Study, an observational study, not a randomized controlled clinical trial, found that Apple watches correctly notified patients of having AFib about eighty percent of the time.

So, while the Apple Watch might not be a useful tool in helping prevent AFib, changing your drinking patterns might be. Keeping drinking sessions to once or twice a week could help protect your heart, and keep it beating regularly.

Aims: Heavy consumption of alcohol is a known risk factor for new-onset atrial fibrillation (AF). We aimed to evaluate the relative importance of frequent drinking vs. binge drinking.

Methods and results: A total of 9 776 956 patients without AF who participated in a national health check-up program were included in the analysis. The influence of drinking frequency (day per week), alcohol consumption per drinking session (grams per session), and alcohol consumption per week were studied. Compared with patients who drink twice per week (reference group), patients who drink once per week showed the lowest risk [hazard ratio (HR) 0.933, 95% confidence interval (CI) 0.916–0.950] and those who drink every day had the highest risk for new-onset AF (HR 1.412, 95% CI 1.373–1.453), respectively. However, the amount of alcohol intake per drinking session did not present any clear association with new-onset AF. Regardless of whether weekly alcohol intake exceeded 210 g, the frequency of drinking was significantly associated with the risk of new-onset AF. In contrast, when patients were stratified by weekly alcohol intake (210 g per week), those who drink large amounts of alcohol per drinking session showed a lower risk of new-onset AF.