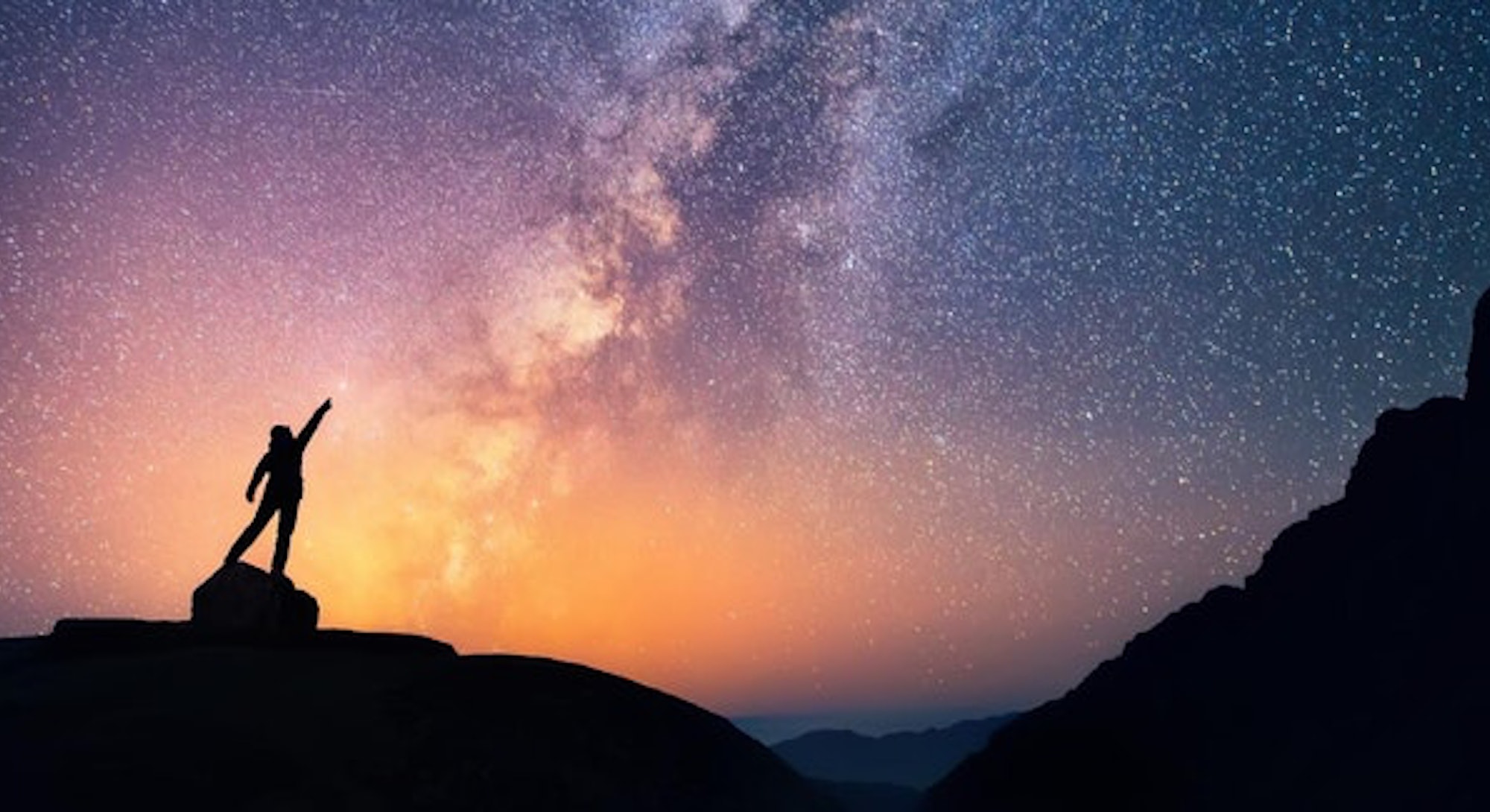 In the tense moments before you interview for your dream job, try not to focus on how constricting your freshest professional outfit feels. Instead, think a little bit about the universe.

There are a few reasons to do this. Firstly, space is incredibly chaotic. A rogue interview question is nothing compared to Saturn’s 20 newly discovered moons that tumble backwards and travel far from their host planet. It’s also incredibly vast; your interviewer is far less inscrutable when compared to an unidentified flying object from a far-flung galaxy.

Most importantly, space may remind you of a technique identified by psychologists called S.T.A.R.

When I spoke to psychologist Nicolas Roulin, Ph.D., the author of The Psychology of Job Interviews, he told me that the S.T.A.R. method is essentially to organize information about yourself in a highly digestible way.

“There’s just very limited time, high stakes, and a lot of information that has to be presented and analyzed,” he says. “The S.T.A.R. technique is a way the applicant can package the information in a very effective way to make it easy for the interviewer to assess whether this is the right person for the job.”

By the end of this story, we’ll have you interviewing like a S.T.A.R. of Sirius A proportions — that’s the brightest star in Earth’s night sky.

At the end of the day, an interview is just a way of taking your work experience, life, background, and personality and tying it up into a neat little package. You’ve got to give your interviewer as many data points that they can use to evaluate you as possible, says Roulin.

The key is to package that information into a series of tiny stories that accentuate how good you are at your job. The S.T.A.R. technique, which stands for Situation, Task, Action, Result**, is your outline for doing just that, says Roulin.

Situation: Clearly explain to your interviewer a previous situation that was relevant to the question they asked you. Set the scene for them with sparing, yet revealing details. For instance, “I was on a tight deadline for a project a year ago — we had to get X project out before X time.”

Task: Go into more detail about what actually needed to get done. “I had to put together X number of slides or make X number of phone calls.”

Action: Here is where you flex. How did you solve that problem?

Result: Now, mention all the good things that happened because you took action. Tie up the story with a bow.

Essentially, this is a method of storytelling where you get to incorporate your past experience, demonstrate how you solve problems, and show rather than simply tell your interviewer that you’re an effective pro. That’s far more data to work with than a line on a resume.

Connecting with your interviewer

Think of the S.T.A.R. technique as your outline. To really get the most out of this technique, it’s about subtly fleshing that outline in a genuine, yet strategic way.

If you read a plot summary of Harry Potter, you may not care much when he walks off into the Forbidden Forest to meet his demise after 17 years. But because you relate to that character, that sacrifice should make you sob for days. It’s your job to make the plot points of your story sing in a way that makes you feel relatable to the interviewer.

From a psychological perspective, numerous studies have pointed toward a deeply held human instinct that drives us to just want to belong. In the interview setting, showing that you are part of the same group, or are, in some way, cut from the same cloth is a way to achieve better results.

This is not the same as brown-nosing. Brown-nosing is actually a demonstrably bad way to get ahead in the workplace. As a study published in Oct. 2018 demonstrated, insincere flattery isn’t just a bad look, it’s also obvious to most bosses that you’re not genuine. On that Roulin agrees:

“I think it’s better not to go too directly with that and openly say, ‘Oh, I like your tie, we love the same colors, or we’ve been to the same school,’ or, ‘I love the values of the organization.’ I think it’s a bit too direct,” he says.

For example, if the company you’re interviewing with is committed to environmental sustainability, find ways to highlight your own passion for these things within the S.T.A.R. framework (as long as it is genuine). It’s about throwing in a demonstrative detail or two that speaks to the theme of sustainability that helps bring the story to life.

“It’s much more effective to integrate that into a more packaged answer,” he says. “It looks less direct, it’s more subtle, and it’s effective.”

Tactic: How to deal with the worst interview question ever

What are your biggest weaknesses?

This question is actually a terrible one, says Roulin, primarily because It’s really too broad to actually be useful for the interviewer. Take a moment to feel vindicated by that.

Now, let’s move on to nailing this question when you are inevitably asked it.

“I would advise against providing a cookie-cutter response like, ‘I’m a perfectionist.’ It doesn’t really work out. it’s better to actually package, again, an experience,” says Roulin.

In other words, this is prime S.T.A.R. technique territory. Use this question to show how you were struggling with a situation, and end with how you are working to improve it. Keeping it job relevant is helpful, though if this question feels broad (it is), remember this is still just a job interview, after all. It’s not a prompt to engage too much self-reflection. There are far more supportive places to embark upon on that particular mental health journey.

As Roulin explains, nailing the interview is about telling a series of true, compelling, and short stories about yourself. It’s a matter of packaging. You’ve got the experience and the interview is just the chance to deliver your payload.