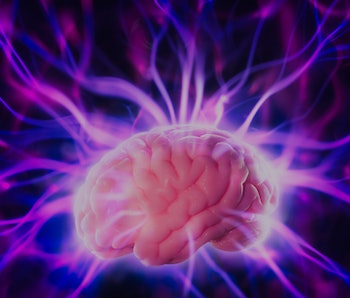 When you sleep, your brain is taking all the information you learned during the day, and deciding what to do with it. Whether you remember that information, or lose it during the evening, could come down to a competition between two types of brain waves. One day, new tools that help one of those waves prevail could be the key to enhancing memory.

A team of scientists at UC San Francisco report that two types of brain waves play important roles in remembering and forgetting during the first stage of sleep, called non-rapid eye movement sleep. The results of their rat study published Thursday in Cell suggests that one type of brainwave, called slow oscillations, plays a key role in memory consolidation, which is the ingraining of memories deep in the brain. Meanwhile, another type of brain wave that occurs during sleep, called delta waves, are responsible for actively forgetting information.

The study’s corresponding author Karunesh Ganguly, Ph.D., a professor of Neurology at The University of San Francisco, explains his data revealed that the normal state of affairs in the sleeping rat brain is that forgetfulness setting.

“Our data suggests a model in which delta waves are generally omnipresent and may reduce activity patterns and increase forgetting,” he tells Inverse via email.

But we may not always be fighting against the forget setting forever. As part of his experiment, Ganguly and his team showed that it’s possible to manipulate the state of brain waves during sleep — at least in rats. By banishing delta waves and helping promote others, it actually has an effect on memory.

How sleep, brain cells, and brain waves all affect memory

To show how each type of brain wave affected sleep, Ganguly and his team implanted devices into the brains of 12 rats. That allowed them to manipulate the brain waves that occur during sleep. In other words, they could fine tune the push and pull of delta waves and slow oscillations to make sure than one type predominated during the night.

But before they could get to messing with brain waves, the team had to try to get their rats to learn something. In this case, the rats were taught to bring from a water bottle that was on a swinging hinge. When held at the right angle, rat could drink from the bottle, but they had to practice to get the technique right.

As the rats learned to do that task, the team recorded the patterns of brain cell firing that were activated during the process. They did this in an effort to test how brain waves interfered with a concept called ensemble reactivation, which is the reactivation of brain cells that are used during the day, during sleep. This is one working idea of how memories eventually get stored in the brain: certain brain cells learn to fire together at night too, then when you wake up, that connection is more well-traveled.

"It is possible that there are non-invasive ways to target delta waves."

Importantly, these changes also underpinned how well the rats performed on their water bottle challenges when they woke up.

“If we disrupted slow-wave oscillations, we found that delta waves predominated and the animals forgot,” Ganguly explains. “In contrast, when we suppressed delta waves, the animals woke up and were better at the task.”

Gangly suggests that this means that slow oscillations actually “protect” memories from the delta wave environment during sleep — even as deep as the cellular level. But it also shows that by changing these brainwaves during sleep we might be able to improve memory. Though he adds “that manipulation is likely far off” in humans.

Translating this rat-brain research into a memory-boosting tool for humans can be tough, but there are some promising places to start.

Generally, this study shows us exactly how brain waves, brain cells, and memories all work together to decide how much stuff actually sticks around in the brain. But importantly, this system may be malleable. If we can figure out a safe way to manipulate brain waves, with neural implants or otherwise, it could be a quick way to improve memory.

Abstract: Sleep has been implicated in both memory consolidation and forgetting of experiences. However, it is unclear what governs the balance between consolidation and forgetting. Here, we tested how activity-dependent processing during sleep might differentially regulate these two processes. We specifically examined how neural reactivations during non-rapid eye movement (NREM) sleep were causally linked to consolidation versus weakening of the neural correlates of neuroprosthetic skill. Strikingly, we found Q9 that slow oscillations (SOs) and delta (d) waves have dissociable and competing roles in consolidation versus forgetting. By modulating cortical spiking linked to SOs or d waves using closed-loop optogenetic methods, we could, respectively, weaken or strengthen consolidation and thereby bidirectionally modulate sleep-dependent performance gains. We further found that changes in the temporal coupling of spindles to SOs relative to d waves could account for such effects. Thus, our results indicate that neural activity driven by SOs and d waves have competing Q2 roles in sleep-dependent memory consolidation.

More like this
Mind and Body
8.4.2022 3:01 PM
Genetically engineered gut bacteria boost long-term metabolic health — mouse study
By Allison Parshall
Mind and Body
8.3.2022 11:30 AM
The brain’s memory hub may explain why some people get PTSD and others don’t — study
By Miriam Fauzia
Mind and Body
7.31.2022 2:00 PM
Four science-backed methods to feel less tired during the day
By Sarah Sloat
Related Tags
Share: