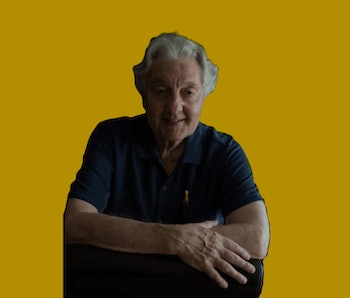 Dr. Herbert Kleber, never set out to become a pioneer in addiction treatment, although that is who he would become. After completing his medical residency in 1964 he was assigned to do research at the notorious Public Health Service Prison Hospital in Lexington, Kentucky — an appointment he didn’t want, but one that changed his life, setting him on a course to alter the foundation of addiction research.

In turn, here’s a reflection on how he was able to change the world of addiction science for the better:

5. Addiction is an issue of medicine, not morality

Kleber’s time at Lexington’s federal prison — a place also known as the ““narcotic farm”” — was essential to his stance that addiction is a medical problem that can be solved with science and evidence, not a moral failing. That difference in thinking both was a disruption to the status quo, and was the guiding light of Kleber’s career.

In a 2017 article, Kleber and co-author Dakwar Elias, M.D. noted that “until recently, Western societies have understood substance-use disorders as an infraction in moral conduct, be in sinfulness or criminality, and most properly dealt with by recourse to the pillory or pulpit.”

Kleber argued that labeling addiction as a moral or legal issue often does more harm than good, and as such, it needs to be thought of as a disease that can be treated with scientifically-back methods. Accordingly, Kleber championed evidence-based treatment and was known for being “at the vanguard of bringing scientific rigor to the area of addiction.”

Kleber was appointed the Deputy Director for Demand Reduction at the Office of National Drug Control Policy by President George H.W. Bush. While Kleber was frustrated with Bush’s “war on drugs” he was able to implement programs in drug prevention, education, and treatment, which did lead to a drop in demand for illegal drugs.

This was the time of the so-called “crack epidemic” and Kleber’s voice stood out as one of the few experts who argued the best way to treat addiction to crack cocaine is by identifying the factors that drive that addiction. He advocated for “habilitation more than rehabiliation” — the idea that, by helping addicts find a place within family and social structures, relapses become less likely to occur.

Now it is obvious that the drug war produced unequal outcomes across racial groups, which is a result of law enforcement targeting lower-income communities and communities of color for drug arrests. During his time working with the government in the late 1980s, Kleber struggled to get Congress to pass a law ordering states to use money allocated toward helping addicts receive treatment. He firmly believed arrests weren’t the way to stop drug use — and argued that seeing addiction that spans social dimensions was key to doing this.

When asked by Frontline in 2000 how he felt the public should have been educated by drug use in the 1980s, he replied:

“A lot of the middle- and upper-classes used cocaine. They used it at parties, they used it at work, they thought nothing of it. What we did was to try to undo that. We tried to say that drug use is not normal. We said that it wasn’t simply the addict that needed to be dealt with; it was the middle-class user as well. We said that the lawyer who was buying cocaine for his weekend party was supporting the drug cartels just as much as the addict was.”

2. There are cycles of addiction

Kleber was an advocate for longitudinal research, and argued in 1993 that “one of the things that has been very badly missing in this field has been long-term follow-ups.” He reasoned that, by observing how addiction affects people from adolescence through adulthood, treatment methods could improve as well as “our ability to get into treatment those who are resistant to it.”

This argument goes back to his lifelong belief that drug and alcohol addictions are health problems, not social problems. Furthermore, they are often chronic — which, he wrote in 2000, highlights the need to create “long-term care strategies of medication management and continued monitoring” to produce lasting benefits.”

1. Addiction is something that can be viewed optimistically

In the 1980s, Kleber had the reputation that he was “soft on drugs” which led to a contentious nomination session when it came time for him to work at the White House Office of National Drug Control Policy under George H.W. Bush. The last question he received was from Senator Ted Kennedy who asked: “Well, Dr. Kleber, it must have been difficult keeping your optimism up after all these decades treating addicts. What keeps you going?”

Kleber had never been asked that question before, and after he thought about it for a moment, a quote from the Talmud came to his mind:

“The day is short. The task is difficult. It is not our duty to finish it, but we are forbidden not to try.”

More like this
Science
6.28.2022 10:00 AM
How are drugs absorbed in the body? The science of medicine, explained
By Tom Anchordoquy and The Conversation
Mind and Body
6.21.2022 10:00 AM
What is hybrid immunity? Two experts explain the mix of vaccination and infection
By Grace C Roberts, Lena Glaser and The Conversation
Mind and Body
6.30.2022 11:00 AM
Male birth control is at our fingertips. Will we ever grasp it?
By Elana Spivack
Related Tags
Share: