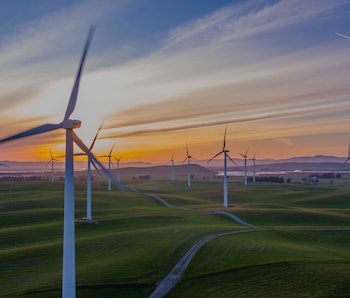 For the first time, the price of renewable energy in the U.K. from offshore wind is expected to come online below market price, thanks to new contracts announced Friday by the government. The falling price is a part of a growing trend worldwide that could increase the accessibility of renewable energy and decrease global dependence on coal and oil.

The expansion of the country’s already-successful offshore wind operations is said to be able to power over seven million more homes in the country and at zero extra cost to consumers.

“The support we’re announcing today will mean that over seven million more homes will be powered by renewable energy as we decarbonize our energy system — crucial as we continue on the road to net zero emissions by 2050,” energy and clean growth minister Kwasi Kwarteng said in a press release. The release claims that “for the first time renewables are expected to come online below market prices and without additional subsidy on bills.”

More than just a good deal for those living in the U.K., the increasing prevalence and lower prices of renewable energy is a growing trend worldwide as countries begin to take concerns over climate change more seriously. Driving down the prices of these forms of energy will make it easier for companies to build these projects and for consumers to use them, in turn working to make traditional forms of energy like coal and oil less and less necessary.

To reach these goals, the U.K. announced the green-lighting of 10 new wind energy projects as part of its Contracts for Difference scheme, which offers subsidized contracts to renewable projects. In a bidding process among wind companies, most were able to secure £39.65 ($49.74) for every megawatt-hour of electricity they would produce, with some more expensive projects awarded £41.61 ($52.20) per megawatt-hour.

These price reductions mean that for the first time the agreed price of wind-generated electricity has fallen below the price of wholesale electricity, meaning there would be no extra cost for homeowners who choose to switch over. Additionally, this third round of contracts is also estimated to bring up to 8,000 jobs to the country.

But, at least for the wind companies, payments received or required by the contract may be subject to change. As part of their contracts, these companies are only paid a “top up” payment if the average market price of electricity is below the price agreed to in the contract (the roughly £40/MWh). If the ratio is reversed, as is the case for these projects whose price is “expected to come online below market prices,” then the renewable energy companies will end up paying the government a “top-up” instead, or pay back the difference between the prices. This fine print means the deal could potentially cost the taxpayer if the market price drops to below the agreed price.

These new strides toward more affordable renewable energy options are representative of a trend we’re seeing worldwide. The price of solar technology has continued to fall and countries like China and the U.S. have both made moves in the past year to increase their use of renewable energy as well. China, once the world’s greatest polluter, is now set to lead the world in the creation of wind energy.

Is the race toward net-zero emissions and widespread renewable energy a result of the world’s growing conscience, as we approach global 2050 goals of decarbonization? Maybe. Or maybe, as Michael Milken, chairman of think tank Milken Institute, told CNBC Thursday about renewable energy, “it isn’t just an argument of environment, it’s now just pure economics.”