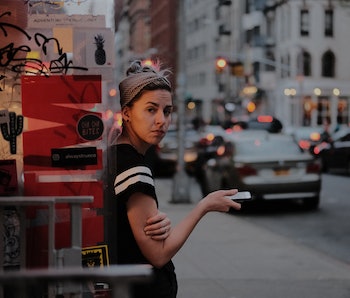 In November thousands of protesters filled the streets of France after President Emmanuel Macron announced the price of fuel would be raised by about 30 cents per gallon. Macron’s fuel tax was a result of his commitment to curbing climate change — the idea being that, if diesel fuel is more expensive, fewer people will use it. The protestors saw it as an attack from an out-of-touch leader, and riots ensued. New research in Science Advances suggests that moves like this one are missing key details that would make them more effective and acceptable

In a study released Wednesday, researchers from the university ETH Zurich identify these French protests as an example of what can go wrong when a country introduces a carbon tax. Liam Beiser-McGrath, Ph.D., and Thomas Bernauer, Ph.D., point out that most citizens have very little appetite for new taxes. That’s an issue for policymakers who want to mitigate the climate crisis because carbon taxes appear to be a very good way of doing just that.

So what can governments do to increase that appetite?

Beiser-McGrath and Bernauer’s research indicates that in order to achieve carbon tax acceptance, citizens need to be shown how the revenue from carbon taxes can be used to benefit them. That approach is called “revenue recycling,” and it centers in on the fact that a tax doesn’t end when a person pays it. Instead, that money can be returned to society in the form of tax rebates.

Beiser-McGrath tells Inverse that a key barrier for carbon taxation is “how the public understands the functioning of the carbon tax and its revenue usage.” He believes that politicians and policymakers can gain public support for the adoption and expansion of carbon taxes by “being transparent about both the costs and benefits of carbon taxation and how the revenue is used.”

“Opacity leaves room for critics to frame the conversation about costs in a way that fosters distrust in the whole endeavor,” Beiser-McGrath says.

Many economists endorse carbon taxes because, in theory, they should work. There are a few different forms of carbon pricing, but each goes back to the idea that setting a price on emitted carbon dioxide — CO^^2 — can shift the burden for the damage from greenhouse gas emissions back to those who are responsible for their proliferation.

Instead of regulating how much CO^^2 say, an oil company, can release, a carbon price sends an economic signal to emitters saying, Hey, your products are going to be more expensive because of this tax. Then those companies have a choice of whether or not they want to continue business as usual, and consumers can choose whether or not they want to stick to carbon-releasing fuel sources or switch to a cleaner form of energy.

More directly, it means that in places where there’s a carbon tax the price of gasoline at the pump goes up. But that doesn’t mean that a person is paying more money once and never seeing that money again. In Canada, there’s a nationwide tax on oil, coal, and gas that is currently at $15 per ton of CO^^2 and will rise to $38 per ton by 2022.

But crucially, most of the revenue from that tax will be refunded to Canadians.

"I think the study should encourage politicians and policymakers to not shy away from discussing how the money raised from carbon taxation will be used."

The New York Times reports that the Canadian government estimates these refunds will offset paying more for fossil fuels for about 70 percent of Canadians. In some provinces, the average household tax rebate varies from about $250 to $600.

According to the new study, if a tax rebate was the norm that policymakers talked about from the start, individuals would likely be more accepting of a carbon tax. After surveying 3,630 Germans and 3,620 American citizens about their attitudes towards different degrees of carbon taxation and varying parameters around that, the team found that simply telling people about the tax rebate substantially increased support for carbon tax levels of $50 to $70 per metric ton of carbon.

“I think the study should encourage politicians and policymakers to not shy away from discussing how the money raised from carbon taxation will be used,” Beiser-McGrath explains. “We find that simply having this information increases support on average.”

The survey also revealed what people do not want: using any revenue from carbon taxes to reduce corporate taxes and paying carbon taxes when other industrialized countries were not paying carbon taxes. This indicated to the study authors that it’s important to keep in mind that domestic efforts to push for a price on carbon should be complemented by international action as well.

People want to see that money — and they want to know that they are getting a fair deal.

Carbon taxes are widely regarded as a potentially effective and economically efficient policy instrument for decarbonizing the global energy supply and thus limiting global warming. The main obstacle is political feasibility because of opposition from citizens and industry. Earmarking revenues from carbon taxation for spending that benefits citizens (i.e., revenue recycling) might help policy makers escape this political impasse. On the basis of choice experiments with representative samples of citizens in Germany and the United States, we examine whether revenue recycling could mitigate two key obstacles to achieving sufficient public support for carbon taxes: (i) declines in support as taxation levels increase and (ii) concerns over the international economic level playing field. For both countries, we find that revenue recycling could help achieve majority support for carbon tax levels of up to $50 to $70 per metric ton of carbon, but only if industrialized countries join forces and adopt similar carbon taxes.