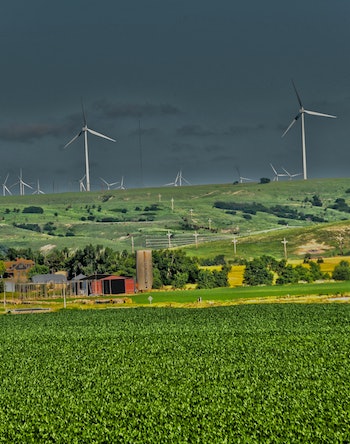 The idea of a carbon tax is a polarizing one that’s been deeply politicized in recent years, but a sweeping new review by the Massachusetts Institute of Technology shows that taxes on CO2 emissions might actually be both fair and effectively reduce pollution.

The MIT researchers teamed up with analysts from the National Renewable Energy Lab to review studies by 11 different research teams. They presented their overview on this week in the journal Climate Change Economics.

When looking at the economic models for what a carbon tax might look like, the research group started with two values: $25 and $50 per ton of CO2 emissions (the average U.S. car emits seven tons of carbon a year). They also looked at two taxation rates: 1 percent and 5 percent. Finally, they looked at three ways to spend the tax revenue — household rebates, tax breaks for individuals, or corporate tax breaks. The study’s broad findings — which are explained below — should give legislators more information to effectively pass carbon tax policy, but it won’t be easy.

The idea of a carbon tax — which no U.S. state has — has proven deeply unpopular for a few reasons. The left has concerns over how it will affect low-income communities. In 2016 in Washington state, even the Sierra Club came out against a carbon tax proposal. The idea also faces a Goliath: the fossil fuels industry isn’t going to welcome a tax on its product and will put forth its impressive lobbying lobbying power to oppose it.

Yet, above politics or science or the culture wars, reducing pollution might simply be a matter of economics, and what’s done with the money that’s collected from a carbon tax.

The research team used an economic model developed at MIT to assess the impacts of different policies on the world’s likely climate trajectory, and combined that with a model of the nation’s electrical system, developed at NREL. The team created a detailed assessment of the way different policies would affect decisions by the power producers and distributors. It can’t be ignored that change can most immediately come from the electricity sector when it comes to reducing emissions, because it’s the biggest emitter of CO2.

When looking at the economic models for what a carbon tax might look like, the research group started with two values: $25 and $50 per ton of CO2 emissions (the average U.S. car emits seven tons of carbon a year). They also looked at two taxation rates: 1 percent and 5 percent. Finally, they looked at three ways to spend the tax revenue — household rebates, tax breaks for individuals, or corporate tax breaks.

The team found that $50 per ton and a 5 percent tax produced the greatest emissions reductions, as one would expect, but interestingly, even the lowest tax rates could lead to reductions sufficient to meet the United States’ now-scrapped commitment to the Paris Agreement on climate change, a pact on which President Donald Trump has back-tracked but to which several individual cities remain committed.

What’s more, a carbon tax could benefit politically liberal and conservative-minded people. It all comes down to how the tax money is spent, says John Reilly, who is a senior lecturer at MIT’s Sloan School of Management.

Of course, those who are opposed to all taxes of any sort, or those who strongly believe — perhaps in the face of economic research to the contrary — that taxes unfairly hold back business growth, may be immovable.

The researchers found that that giving tax breaks to corporations and adding a rebate to low-income people (who would be most hurt by a tax) might be the best choice for distributing money collected by a carbon tax.

“It’s sort of an obvious solution,” Reilly says, “to take some chunk of the money and use it to focus on the poorest households, and use the rest to cut taxes. It doesn’t seem like a hard thing.” He continued: “It is important to realize that this study was completed before the tax reform that took effect in January that slashed corporate income tax rates. Given that these tax rates have now been cut, and that those cuts will contribute to a growing deficit, we might better consider the revenue as a contribution to closing the deficit.”

So, how do advocates for a carbon tax get there? The researchers found that using the revenue from an air pollution tax could be used to cut taxes on corporate profits or income from investments. Those cuts would spur economic growth more than direct payments to households, they found. However, those benefits would largely help the rich.

If the lower-income population was considered instead, there would be less economic growth, the research showed.

In the middle were individual tax breaks, which both spur economic growth and proportionately help both ends of the economic spectrum.

When asked if a carbon tax would hurt the rich or the poor more, Reilly said it’s all about what happens with the money.

“It depends critically on what is done with the carbon revenue,” he says. “If it is distributed in a lump sum to each person, then that is quite beneficial to poorer households — while poorer households spend a higher percentage of their income on energy, the absolute amount spent is much less than the amount spent by richer households. As a result, the equal lump sum more than offsets the increase in costs for lower- and middle-income households.

“On the other hand if the revenue is used to cut taxes on capital returns, that disproportionately benefits wealthier households (as they own capital — e..g stocks, businesses, etc.), and then poor households pay more for energy — and so bear more the cost of the carbon tax.

“We looked in the paper at a scheme that would compensate low income households for their extra costs of energy and other goods (that use energy) in their production, and use the remaining revenue to cut profits and capital taxes—which tends to spur economic growth.

“Bottom line: you can say almost nothing about the impact of a carbon tax on households of different income levels until you know what will happen with the revenue.

“The other thing to consider is that there is great diversity among households in terms of their energy expenses and possible effects on wages/employment.

“Coal miners in West Virginia with significant commuting and heating costs, will have high energy costs and may lose their job. Someone living in a mild climate, with low commuting costs will have much lower energy costs.

“So considering job training or economic development assistance in communities dependent on fossil energy jobs, or assistance for energy costs in areas with high heating or air conditioning costs could be considered.

Reilly’s comments illustrate the challenge ahead for advocates of a carbon tax, as does the below map released by the Carbon Tax Center last year.

The road ahead for a CO2 tax looks rough, but it seems that if the narrative can be shifted to a story of what will be done with the money, a carbon tax may see a clearer path passage.