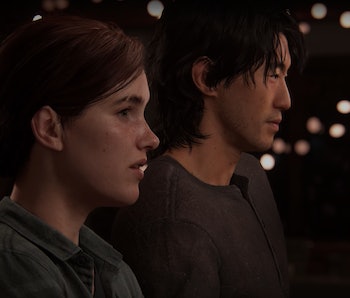 Sony Interactive Entertainment has had a relatively quiet year, but that will soon change.

PlayStation 4 gamers received some of the best exclusive titles in recent memory in 2018, like God of War and Spider-Man, but this year has been more tame. Sony skipped E3 2019 for the first time ever, and chose not to deliver a press conference at Gamescom 2019. That might have been cause for disappointment for gamers, but Sony is expected to launch its PlayStation 5 in 2020, and that could come with its most anticipated game to day: The Last of Us Part II.

The original The Last of Us was the final exclusive title to launch on the PlayStation 3 on June 2013. The post-apocalyptic third-person action-adventure earned its developer, Naughty Dog, that year’s Game of the Year award. But an alleged leak posted on Reddit by /u/TheTom8 suggests that The Last of Us Part II won’t be the PS4’s final exclusive, but it’ll be the first exclusive to launch on the next-gen PS5.

TheTom8 admits that they are not in direct contact with the sources of the information he listed, but that it was passed on to him by someone in touch with a Sony or Naughty Dog insider.

The major take-away from the post was that Sony would use Last of Us: Part II to “show the world the features the PS5 has to offer.” That heavily implies that Sony will launch the game alongside its next console, which is expected to hit selves in the fall of 2020. Though TheTom8 does mention that it’ll also be available on PS4, which Sony could do to give people not willing to buy a new console right away the chance to play the game.

Aside from the release date hints, the leak also mentions how the game will be visually stunning. Cinematic cut scenes will be indistinguishable from gameplay, making the game feel like an interactive movie.

Here’s the full post broken down into bullet points:

Game release dates are always subject to change and there has yet to be official word on even a vague release date. But cinematic gameplay aligns perfectly with the The Last of Us: Part II debut trailer that was released during E3 2018.

Four minutes into the video, the game seamlessly transitions from Ellie assassinating a bandit to gameplay footage that shows off stealth combat and a bit of the game’ HUD. The title could be one of the most eye-popping games ever.

A lot still remains a mystery about the game, but we know that it’ll take place five years after the first game. At 19 years old, Ellie is the main character as opposed to Joel, who’s now in his mid-50s. They live in the safe haven community in Jackson County, Wyoming they reached at the end of The Last of Us. Based on all of the footage shown of the game so far, Ellie’s become hardened over the years.

Fans of the first game will soon get the next bloodcurdling chapter of the series with a beloved character as the lead role. Only this time, the PS5’s advanced computing and graphics capabilities will make the experience more breathtaking and thrilling than ever before.

More like this
Gaming
Jan. 23, 2023
Forspoken's fantastic gameplay gets buried under a weak story
By Hayes Madsen
Gaming
Feb. 2, 2023
E3 2023 Start and End Dates, Publishers, and Schedule Predictions
By Joseph Yaden
Gaming
Jan. 31, 2023
GTA 6 Leak Suggests the Game Could Come Out Sooner Than You Think
By Hayes Madsen
LEARN SOMETHING NEW EVERY DAY.
Related Tags
Share: