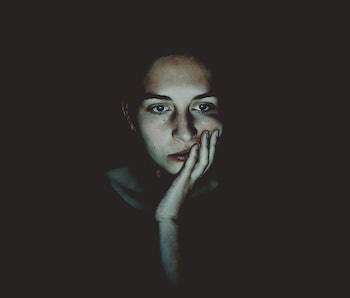 It turns out you can be a perfectionist about thinking about perfectionism, which makes sense through an academic lens.

Perfectionism is broadly defined as a combination of excessively high personal standards and overly critical self-evaluations, but there are actually three categories of perfectionism.

"Perfectionists generate considerable stress as they go about their day-to-day lives."

Research indicates that perfectionism in general is increasingly common. An analysis of 41,641 American, Canadian, and British college students published this year showed that recent generations of young people overwhelmingly perceive that others are demanding of them, that they demand more of themselves, and that they demand more from others.

One driver of this phenomenon, the authors write, is a shift in cultural values: The emergence of neoliberalism in the industrialized world gave way to “competitive individualism.” In other words, when society says you’re the only person standing in the way of your own success, you’re going to think you’re not enough when hurdles inevitably come your way.

The Problems With Perfectionism

This year, Dr. Simon Sherry, a psychology professor at Dalhousie University, co-authored a study showing that perfectionism has increased substantially over the past 25 years and affects men and women equally. The data indicated an urgent need for preventative efforts aimed at reducing the factors that contribute to perfectionism.

“Perfectionists generate considerable stress as they go about their day-to-day lives, and the cumulative burden of that stress sets up perfectionists for anxiety, depression, suicide, and other problems,” Sherry tells Inverse.

The evidence, he says, shows that perfectionism is a trait that leaves people vulnerable to that wide array of negative outcomes. The link between perfectionism and psychopathology holds even after taking into account competing explanations, like neuroticism.

Perfectionism can also make life harder in ways that might not usually be credited to perfectionism. Studies show that being a perfectionist can lead to producing work that’s far from perfect and drive procrastination. Perfectionists can also have a hyper-competitive style that can complicate teamwork while their own fear of negative evaluation can lead to task avoidance, as Sherry’s work has shown.

“The rigid and lofty self-expectations typical of perfectionists prolong task completion,” he explains. “For example, some perfectionists endlessly and fruitlessly revise their work again and again. Many perfectionists also struggle with a doubtful, fault-finding, and inefficient way of working that hampers productivity.”

How to Help Perfectionists

It turns out the perfectionist doesn’t always respond well to therapy because they struggle to form a positive working relationship with their therapist — and can be reluctant to seek help in the first place. Sherry says that “seeking help involves discussing imperfections, and such discussions distress perfectionists.”

Self-compassion interventions range in their execution, but they all typically involve saying “no” to our own harmful behaviors, embracing our vulnerabilities, and treating ourselves with the understanding we allow others.

“For some people, [genuinely giving yourself permission to be self-compassionate] may be enough to change the way they are relating to themselves when things go wrong,” Ferrari tells Inverse. “But if it is challenging to practice and change how you feel and see yourself, consider seeing your general practitioner to source a referral to a psychologist who can work through these issues on a deep level.”

And that would involve realizing you have some stuff to work out, which, let’s face it, we all do.

Ferrari’s research, like Sherry’s, also shows that perfectionist individuals also tend to experience depressive symptoms. That, she says, makes sense. The relentless pursuit of unrealistic standards means a person will experience failure at some point, and, as she puts it, “perfectionism can set us up to fail very painfully when things go wrong.”

Her work has also found that in people with high levels of perfectionism as well as self-compassion, self-compassion can buffer the overall effect on depressive symptoms.

“When that cold, harsh, unforgiving voice pops up, which tells us we are not good enough, it can feel like it is a universal truth — but it is not. It is the voice of perfectionism that we all experience,” Ferrari says. “By noticing the perfectionism is getting in the way, we weaken the power of perfectionism.”

Not all thoughts are facts — and the fact is, it is more than okay to not be perfect.