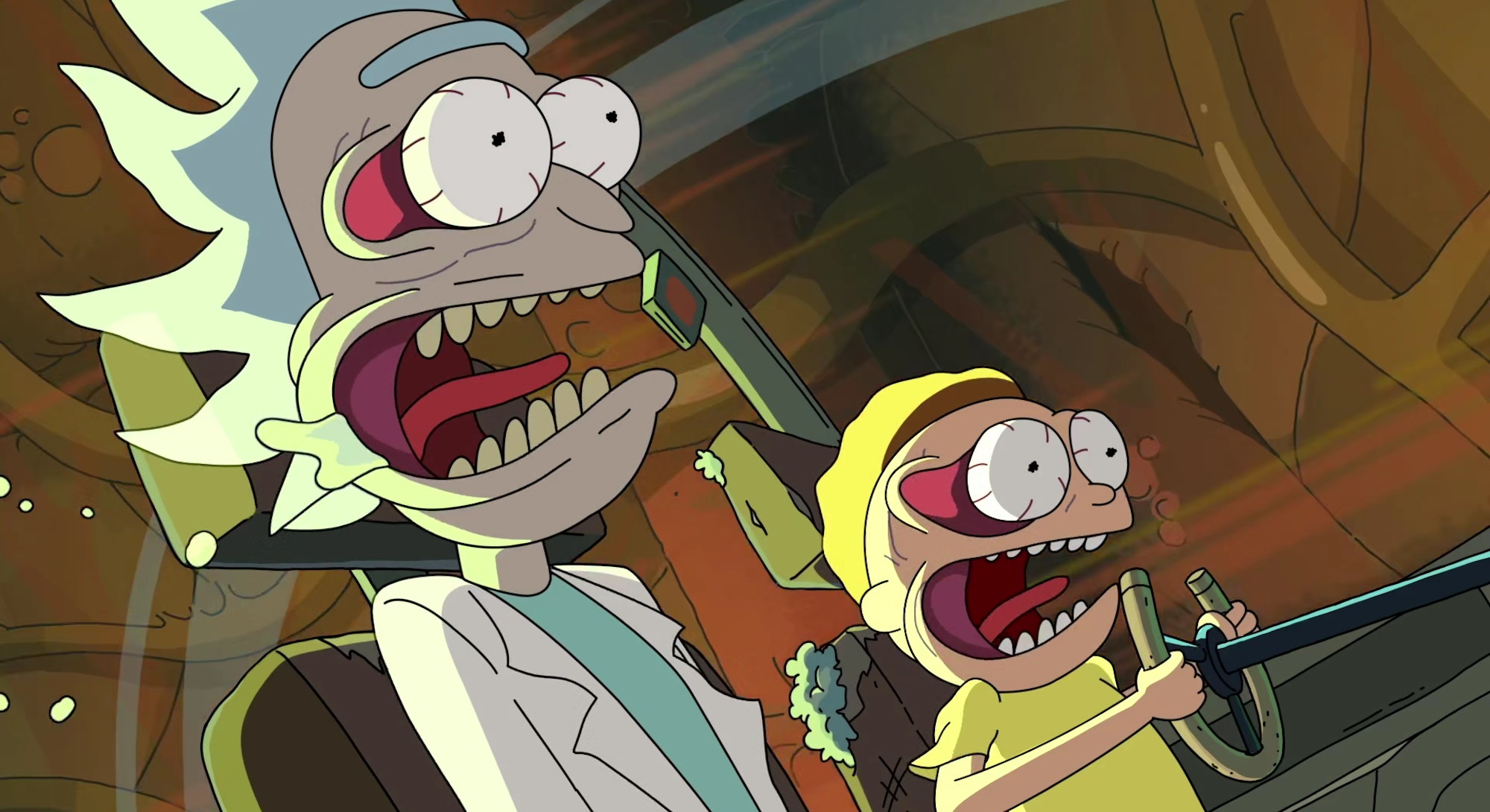 The most stressful moment of Morty and Rick’s lives happens at the start of the Season 3 episode “Rest and Ricklaxation,” but the core premise of the story’s A-plot could hint at the origins of the greatest Rick and Morty villain of all time: Evil Morty.

The first two Rick and Morty seasons went to great lengths trying to convince us that Morty is unintelligent, so dumb that his idiot brain waves supposedly mask Rick’s brilliant brain waves. But Morty’s Season 3 arc shows him evolve into a cunning, capable, and knowledgeable sci-fi adventurer who isn’t afraid to stick up for himself or even stand up to Rick.

In “Vindicators 3: The Return of Worldender,” Morty easily solves Rick’s deadly puzzles and defuses a neutrino bomb. Later, in “The ABC’s of Beth,” Morty seems knowledgeable about Jerry’s alien girlfriend Keara and the Varrix she hunts.

“Rest and Ricklaxation” explores an even more compelling version of an uber-capable Morty who has all of the “toxic” aspects of his personality removed.

The end result is an eerily calm, ultra-capable teenager who becomes a bonafide wolf of Wall Street, and his whole vibe mirrors the cold and calculating Evil Morty.

“Rest and Ricklaxation” starts out as a deliberate riff on Star Wars: A New Hope with Morty and Rick flying their ship into an enemy space station where they blow it up by attacking the core. They’re awarded medals from the local aliens in the in the Abadango Cluster and a plasma shard from the princess at the risk of their lives and almost at the cost of their sanity.

Then they have complete mental breakdowns in Rick’s car. “This was insane!” Rick screams. “That was pure luck! I was not in control of that situation at all!”

They’re desperate for a vacation, which leads them to a spa where a “psychological detox” machine “removes all your cognitive toxins, purifies your system,” leaving Rick to gain a healthy complexion and a sense of moral dignity, rendering him too kind and inept to be effective at anything. But what happens to Morty is where the episode gets truly unsettling.

Morty goes from bumbling nervous teenager to a suave, smooth-talking popular kid that cracks jokes so good in class the teacher lets them leave early. He gives everyone life-changing advance and suggests “urban spin yoga” to Rick, a form of exercise that involves doing yoga on a bike with an at-risk teen. Morty even gets that date with Jessica, but he comes off as manic and bizarre in a way that makes him almost feel like a sociopath.

As series co-creator Dan Harmon explains in an “Inside the Episode” video from Adult Swim (included below), this story deconstructs the psychological concept that “there’s bad parts of us we have to get rid of, and then we’ll be happy, we’ll be healthy.” This feels like a delusion that many of us have when we analyze ourselves and our problems, that there’s something broken about our personalities that causes our suffering.

Later in the episode Detox Rick realizes that the machine relies upon the “individual’s own definition of toxicity,” meaning that whatever the user deems psychologically toxic is what gets removed. Toxic personality traits can’t be universally applied to everyone.

We’ve seen Rick deeply hurt by Morty choosing the Vindicators, and he considers that vulnerability and inherent need to be loved as a “toxic” part of his personality, so it gets removed by the machine. In the episode’s climax, Detox Rick lists off the aspects of his personality that went to Toxic Rick: “entitlement, narcissism, crippling loneliness, irrational attachments.”

That’s why Toxic Rick and Toxic Morty are different, as are Detox Rick and Detox Morty. Psychological toxicity is determined by a subjective perspective.

“What are the toxins?” series writer Mike McMahan says. “They’re the emotions, they’re the things you don’t like about yourself. If you remove the toxins, that doesn’t leave you as a better you. It leaves you as a weird different bad version of you.”

This distinction between Detox Rick and Toxic Rick isn’t about “good” and “evil” so much as the nuances of Rick’s personality that together define him, making the point that any extreme is bad, and that a necessary blend of personality traits make us whole.

Regular Morty is uncool, awkward, yet still totally lovable. Detox Morty is unnerving, over-confident, and doesn’t care about what his actions do to people. He’s only drawn into conflict against Toxic Rick and Morty because they attack him directly. The machine “sucks out everything that was holding me back,” Morty says at one point in the episode. Toxic Morty takes Morty’s insecurity, his anxiety, his passivity — essentially everything that leads a person to compassion, to have a conscience.

Detox Morty is therefore the total opposite, a psyche utterly lacking in a conscience (something his new girlfriend points out) and unshackled by Morty’s worst qualities. His natural inherited brilliance and charm flourish in a sinister way.

When it comes time for Detox Morty to merge back with his toxic self as Rick does the same, Morty takes off with his jetpack and is able to evade Rick for three weeks. In that time period, he makes a fortune selling stocks to idiot rich people. A coworker calls him a “little fuckin’ monster.” Minutes later, Rick calls him a “tiny American Psycho.”

Now imagine a universe where Detox Morty never merged back with his toxic self, perhaps because one or both of the Ricks died. That Morty might also become a heartless stock broker, but it wouldn’t be enough. The meek Morty sees ambition as a “good” quality, so he’d rise to meet greater and greater challenges until one day, he took over the entire Citadel and made Rick C-137 his target.

Perhaps Justin Roiland put it best in the featurette: “Hey man, the stuff that we think are our worst qualities? Still a part of who we are. Just gotta fuckin’ own it.”

Because if we don’t, that’s how you get an Evil Morty.

Watch “Rest and Ricklaxation” on Hulu.