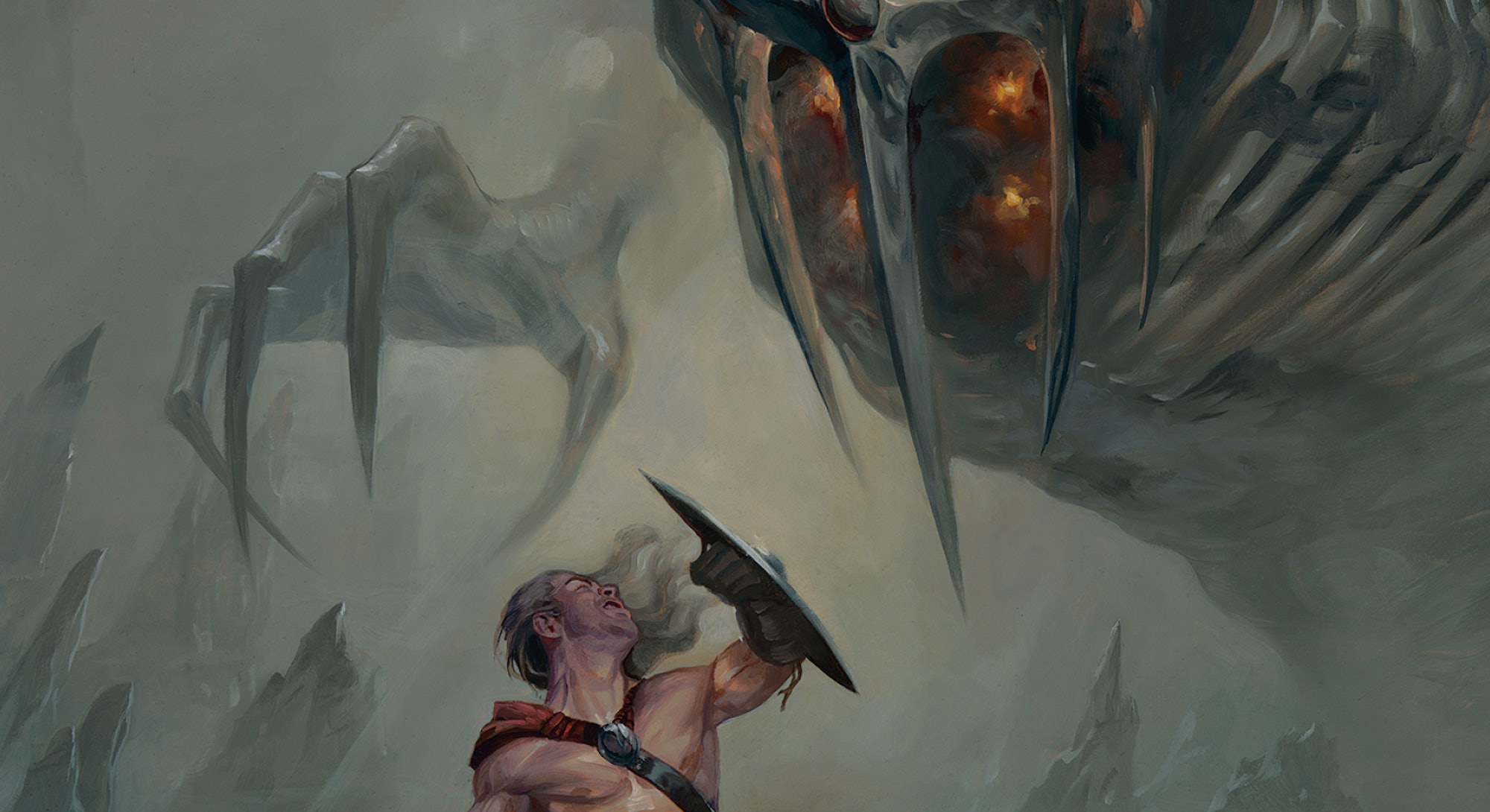 Your next favorite high fantasy will soon come from the home of Batman, Superman, and the Justice League. The Last God, a new original 12-issue fantasy/horror comic book from DC Talent Development Workshop alum Phillip Kennedy Johnson, will be released later this year on October 30 under DC’s mature reader’s label, DC Black Label.

In an exclusive interview reveal with Inverse, Johnson promises that unlike a certain other fantasy series, he has an ending already in mind for The Last God.

“I do have an ending!” he tells Inverse. “I think we can all agree, especially this month, that sticking the landing is the most important part of any story. The fanbase will turn on you if you betray them after a decade of service. There’s definitely an ending and I had it in mind from the very beginning. I will not be betraying any fans with this.”

In The Last God, a fellowship of heroes led by brave Tyr vanquish a demon tyrant, Mol Uhltep, known as “The Last God” who ruled over the land of Cain Annun with an iron fist. Thirty years later, a new generation of heroes discover a secret kept by their predecessors: They let the Last God live.

“You see the first fellowship come together to save the world, and the second race against time to uncover this secret and redeem the crimes of the other.”

Illustrator Riccardo Federici, colorist Dean White, and letterer Tom Napolitano join Johnson as the book’s creative team. Inverse has the exclusive reveal of The Last God, including previews of its interior pages which you can see below.

Johnson, who hails from Washington D.C. and is a Sergeant First Class in the U.S. Army (he plays trumpet for the U.S. Army Field Band), introduces Inverse to two of his book’s main characters: Tyr, a former hero and now king of Cain Anuun, and Eyvendir, a gladiator who finds out Tyr’s secret.

“Two groups of characters from two periods,” Johnson explains. “We get a glimpse of the original fellowship in their heyday. Tyr ties everyone together, and thirty years later he’s the king that has unified the world.” Cain Anuun’s capital, Tyrgolad, is named in his honor. “He is the man.”

Three decades later, a gladiator named Eyvindr fights for his freedom. “Eyvindir has idolized Tyr his entire life,” he says. “All he’s been told is that he saved the world and he is to be obeyed, loved, and worshipped.” But as Eyvindir and new heroes learn the truth behind Tyr and the Last God, “Eyvindir’s devotion makes him a greater hero than what his hero actually was.”

Johnson says The Last God is both fantasy and horror, which he says separates the book from even familiar properties like Game of Thrones.

“The Last God is a horror story told in a big, epic fantasy world,” he says. “Game of Thrones kind of did horror, but it was only played at than a central aspect. This is 100% horror and also 100% a fantasy. There’s a blending of the genres.”

There’s a lot of fantasy these days. There’s a dozen ways to play Skyrim, Netflix has The Witcher coming soon, more people play Dungeons & Dragons than ever, and it was a month ago when Game of Thrones was the biggest thing on the planet. But Johnson believes a few things in The Last God will help it stand apart from the deluge of swords and magic hogging our attention.

Namely, Cain Anuun isn’t a pretty place. “It’s not as colorful or frivolous or fun as a lot of worlds in other books,” he says. “In this world we see different races and character classes lovers of D&D will recognize. They’re fresh but familiar enough, but we see aspects we don’t normally see.”

He adds: “This world has slavery and subjugation and political turmoil. I wanted to use epic fantasy to talk about things that matter a lot to me, things that should matter to all Americans or citizens of the world. You don’t see happy elves. We see an aboriginal race that has been invaded and conquered. It’s a darker take on fantasy tropes.”

Johnson also says The Last God will satisfy “lore hounds” — his creative team have spent months “pouring hours” to flesh out Cain Anuun to make it feel like it has “always been there.”

“We’re figuring out ways to put the world-building out there besides the comic,” he says. “We want to do source books and YouTube videos so people who are complete lore hounds like I am can have fun.”

The Last God #1 will be released in comic book stores on October 30.