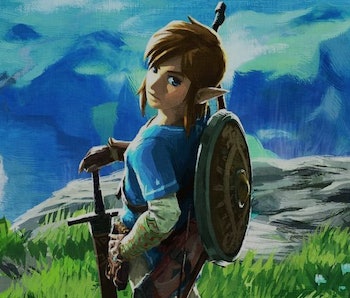 Ganondorf is back, but we still don’t know when we’ll be returning to Hyrule to take on the Demon King in The Legend of Zelda: Breath of the Wild 2. During a surprise announcement at E3 2019, Nintendo confirmed that its BotW sequel is currently in development, but a closer look at previous Zelda title launches and their relation to new consoles may reveal exactly when the Breath of the Wild 2 release date will arrive.

You might not realize it, but Nintendo has a history of releasing new Zelda games alongside new consoles, and it’s not a coincidence. The company clearly understands that Link (not Mario) is its biggest hardware seller. That’s part of the reason why the original Breath of the Wild launched alongside the Switch, and why Twilight Princess was delayed to promote the Wii. (In both cases, Nintendo also released a version of the game for the previous console generation.)

With Breath of the Wild 2 on the horizon, we can probably expect its release to overlap with Nintendo’s next new console, but when will that happen? The truth is, we still don’t know when exactly the company plans to launch a Switch follow-up, but thanks to numerous leaks, we have a pretty good idea.

The biggest indication that Nintendo is planning a Switch sequel comes from The Wall Street Journal, which reported in June that the company is working on two new consoles: a cheaper model and a high-end next-generation successor. Japanese newspaper Nikkei also reported something similar, suggesting that the budget-friendly Switch Lite/Mini could hit stores before the end of 2019.

It’s extremely unlikely that Breath of the Wild 2 will be ready to launch by the end of the year, and Nintendo probably won’t need a new game to help sell this cheaper Switch, anyway. (The lower price should be more than enough.) Instead, we expect the BotW sequel to arrive alongside this new “premium” Switch, whenever it’s released.

At the earliest, that could mean Fall 2020. Not only does this line up with some earlier reports, but it would also help Nintendo compete with Microsoft and Sony, which are both expected to release their new consoles (the Xbox Scarlett and PS5, respectively) at around the same time.

Then again, Nintendo has never worried all that much about keeping up with the competition. The Switch isn’t designed to compete in Sony and Microsoft’s escalating war over who has the fastest processor or the highest frame rate. So it’s naive to think that the next-gen Switch will even attempt to take on the Xbox Scarlett and PS5 directly.

In that case, a 2021 release date for both the new Switch and Breath of the Wild 2 seems much more likely. This would give Nintendo plenty of time to perfect the new game and a lot more breathing room to promote its new products without worrying about the competition.

The one thing that seems certain is that Nintendo will make sure its BotW sequel and the new Switch launch side-by-side. After all, the only upcoming Nintendo game as highly anticipated as Breath of the Wild 2 might be Metroid Prime 4, and we’re not expecting that to launch for a long, long time.