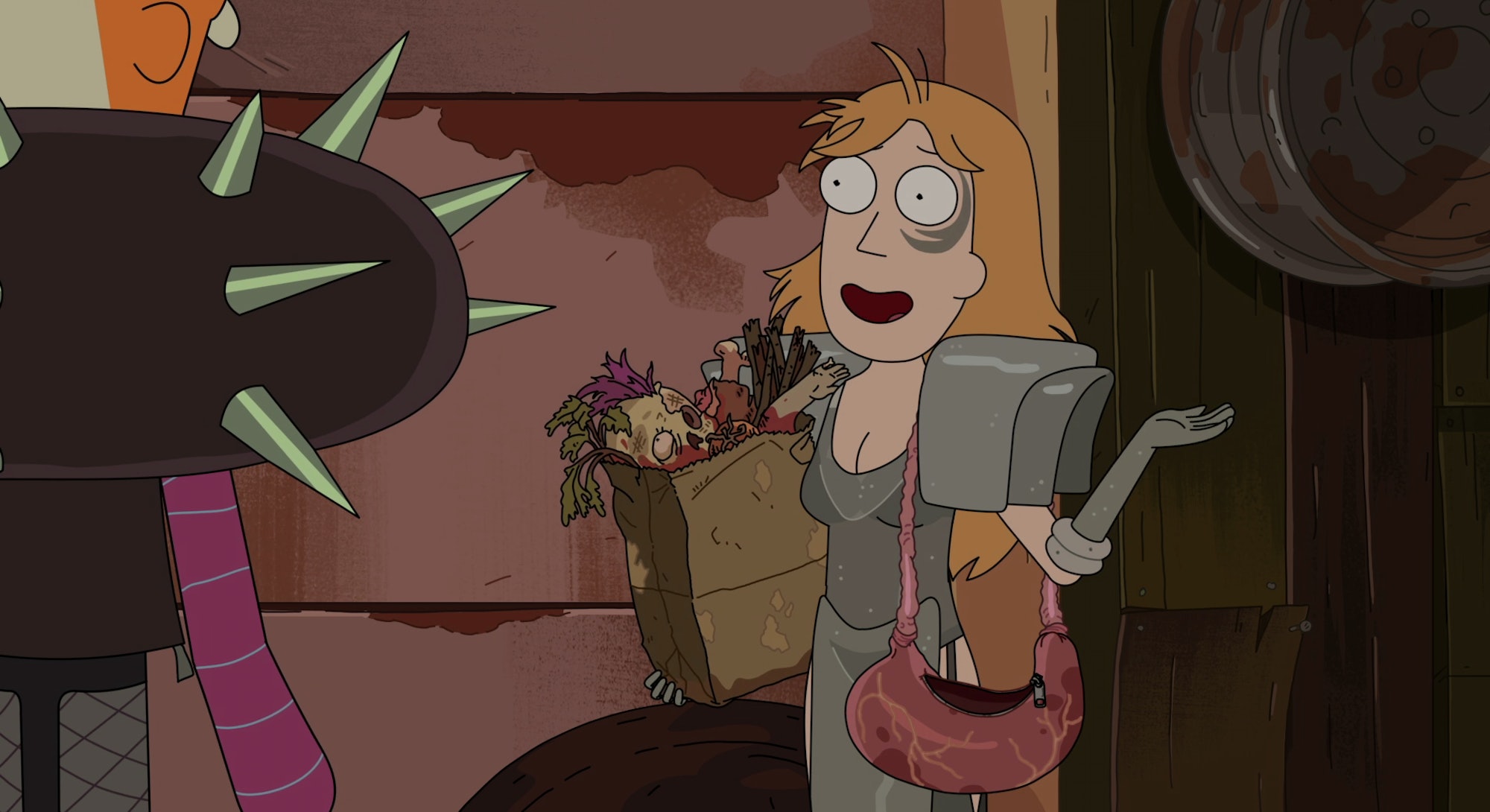 The first Rick and Morty episode to air after the intense four-month break that followed the surprise Season 3 premiere, “Rickmancing the Stone”, proved why the series had become the best comedy on television in 2017, elevating what had been a funny procedural sci-fi into a hilarious serialized drama that deconstructed the nuclear family by completely destroying it.

“Rickmancing the Stone” upended our expectations by making Summer the main character, allowing the long-overlooked character to grapple with her parents’ divorce. Even without all the hilarious sci-fi story elements, it delivered a compelling story. Rick and Morty needs more of this in Season 4.

"“Pickle Rick” had a brilliant exploration of the meaning behind therapy, but “Rickmancing the Stone” low-key might be the series at its smartest.

In “Rickmancing the Stone,” however, Summer’s takes center stage in a story that deals directly with Beth deciding to divorce Jerry in the Season 3 opener. The series often ignores whatever happened in each previous episodes, but Season 3 took a more serialized approach. Summer and Morty throw themselves into back-to-back adventures with Rick, and they wind up in an apocalyptic alternate universe that has an uncanny resemblance to Mad Max.

Thanks to a gender-balanced writers’ room, Rick and Morty delivers a thoughtful meditation on how young women and men process trauma — there’s just a lot more sci-fi violence. “Pickle Rick” had a brilliant exploration of the meaning behind therapy, but “Rickmancing the Stone” low-key might be the series at its smartest.

As Summer and Morty struggle to cope with their frustrations towards their parents’ separation, the muscle memory of a dead Death Stalker takes over Morty’s left arm, sending him on a bloody but cathartic rampage.

Meanwhile, Summer goes out hunting with the new leader of the Death Stalkers, Hemorrhage, voiced by Joel McHale. She even kindles a romance with him, exhibiting a new level of agency we hadn’t really seen of Summer until this point. Morty assumes she’s going crazy, but Summer’s aggression in this chaotic world comes across as more organic than Morty’s, especially because her narrative has no supernatural elements to it.

She’s taking direct control over her life, whereas Morty accepts a sentient left arm as his new father figure and literally loses control over his actions.

Summer and Morty are pissed off, but unlike most teenagers who would act out in more familiar ways, adventures with their grandfather across the multiverse give the kids an the opportunity to slaughter irradiated zombies or mutated freaks in a post-apocalypse.

If the option’s there, why not take it?

Series co-creator Dan Harmon describes the psychology of these characters best in Adult Swim’s “Inside the Episode” featurette:

“Summer and Morty are attaining unexpected nourishment from the wasteland, because it’s a real form of chaos and they’re coming from what they perceive as an unnecessary form of chaos, which is their parents’ divorce.”

Some of the most self-destructive human behavior happens when we try to cope with something that feels outside of our control. We transplant that frustration onto another source. If we let that consume us, we wind up harming ourselves instead. Somehow Rick and Morty is able to set the Smith siblings down a path of violence and self-destruction that winds up being a fun adventure while also delivering a satisfying arc for them, even delivering a blueprint for how kids might process divorce.

Morty’s obviously angry at his father, but instead he beats Death Stalkers to a bloody pulp with his super-powered arm. He’s disturbed when the killing starts, but soon relishes in the feeling of control he feels.

Summer becomes queen of the Death Stalkers. She and Morty take a firm stance against Rick, who only wants to steal a huge glowing green rock that the Death Stalkers worship. After Rick abandons the kids in the wasteland, Morty and Summer embrace their new life of violence and relish in the high-ranking status they achieve in this society.

Somehow, Rick and Morty makes these insane experiences so intensely relatable — even when Summer and Morty are murdering people. After Armothy gets closure by killing the slaver that slaughtered his village, Morty has the emotional maturity to recognize that they have to deal with his parents’ divorce. He recognizes that they’re just “taking our baggage out on unrelated people.”

Morty gets it: “Maybe the lesson we’ve learned is that whether it’s our parent’s marriage, a glowing green rock, or an awesome giant arm, sooner or later, we’ve got to let it go.”

This realization is a much more human reflection of Rick and Morty’s core ethos: in a chaotic, uncaring universe, nothing matters.

Everyone always talks about this philosophy in terms of nihilism, the pop-philosophy equivalent of “IDGAF!” People worship Rick Sanchez because of his radical apathy and how that, coupled with his brilliance, makes him a god in this crazy universe.

But “Rickmancing the Stone” gives this philosophy a more human twist by framing it within the context of two children trying to process their parents’ divorce. This “let go” lesson transcends, and begins to feel humanist or even Buddhist. One can find peace and serenity by relinquishing control over your experiences and recognizing your insignificance amidst a vast universe. That’s the real path to enlightenment.

“Letting go” can mean many things, and within the framework of Rick and Morty’s multiverse, it’s easy to associate it with Rick’s mantra of “nothing matters.” But letting go is more about recognizing our propensity to derive happiness from things outside of our control. By engaging with a healthy degree of detachment from the material, we “let go” and accept the universe and our place in it at face value. Letting go of expectation can be letting go of misery.

That’s the kind of peace that not even Rick Sanchez can find on Rick and Morty, but it’s one that Morty and Summer explore in “Rickmancing the Stone.” If we get more episodes like this one in Season 4, then Rick and Morty will only get better.

Watch “Rickmancing the Stone” on Hulu.