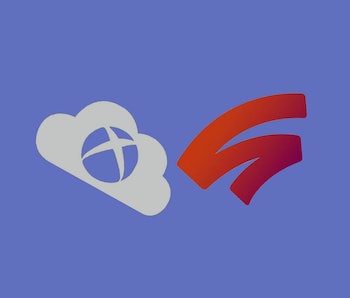 For E3 2019, the big gaming expo, Microsoft is said to be planning an absolute blowout, with massive game announcements, a big reveal about cloud platform xCloud, with details about the upcoming Xbox Scarlett sprinkled on top. But the latest leaks indicate that the central theme of Microsoft’s announcement will be to assert its dominance over the coming Google Stadia.

This new batch of leaks, published anonymously on Reddit in May, claimed to reveal a majority of Microsoft’s game plan for its June 9 press conference. At one point, the main attraction was expected to the announcement of xCloud’s beta tests, but a more recent Thurrott report from Tuesday indicates that Microsoft will instead deliver a full-fledged demonstration, that will showcase the service running on home wifi.

“Expect to see new demos of the service and I know at one point, they were looking to have a demo from a location outside the venue,” writes reporter Brad Sams, citing company sources. “Meaning, a demo that shows someone using xCloud at home but I have not heard if this scenario made the final cut.”

Microsoft’s E3 presentation will kick off three days after Google reveals Stadia’s price, release date, and game library at its June 6 Stadia Connect conference. The search giant stole the spotlight from Microsoft at GDC in March with the announcement of Stadia, so it’s paramount that xCloud stuns its E3 audience.

As it stands, Google has only hosted one on-stage demo of Stadia, and only a few GDC attendees got to test out an early version of the service. The demos indicated there was work to be done, with game play encountering notable lag issues even with GDC’s internet connection. Microsoft seems like it is looking for a way to capitalize on this slip-up by showing off how xCloud already runs well in real-world situations, instead of only offering an on-stage test, like Google. But there will be even more room for xCloud to shine.

Sams’ sources have also divulged that Microsoft’s cloud service will tout better graphics capabilities that Stadia. Google made a big deal to flex that Stadia will be capable of more teraflops, a unit of computing speed equal to one billion operations, than the Xbox One X and PS4 Pro combined. Microsoft could do the same.

“The darling of the event will be the company’s xCloud service,” said Sams. “We will get a new look at the offering…I have heard that it does best Google’s previously announced 10.7 teraflops.”

With Stadia beating xCloud to the punch on June 6, the ball will be in Microsoft’s court to dunk on the search giant. It has been in the gaming industry for nearly two decades and has a huge roster of upcoming games, including Halo Infinite, Gear 5, and Cyberpunk 2077 that it will need to use to one-up Stadia.

But for now it has to prove that it can run smoothly, just like local hardware would. The dawn of the cloud gaming wars is approaching and it might be equally as heated as the console wars of pervious generations.