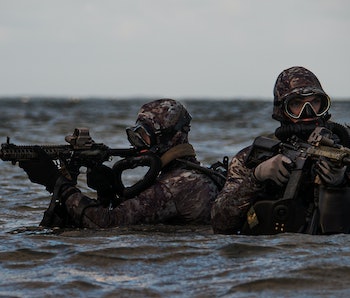 This Sunday, I’m thinking about breathing. I used to think of breathing as something you don’t notice if you’re doing it right. When you’re stressed — so much so that it causes a “fight or flight” response — breathing can go wrong. The sympathetic nervous system activates rapid breathing, which in turn can lead to a panic attack.

But breathing can be a mindful method for reducing stress. A technique called diaphragmatic breathing — deep, abdominal breathing paired with paced respiration — has been shown to ignite positive mental and physiological outcomes. A 2011 study found that just one day of breathing exercise relieved the emotional exhaustion and depersonalization induced by job burnout. Other psychological studies have shown it reduces anxiety, depression, and stress.

On the physiological side, numerous studies have linked purposeful breathing practices to a reduction in blood pressure, improved cardiorespiratory fitness, and a slower heartbeat.

In a 2017 study, researchers examined 20 people placed into a “breathing intervention group” and 20 people in a control group. The breathing group practiced diaphragmatic breathing and, unlike the control group, had significantly lower cortisol levels by the end of the trial. (Cortisol is a steroid hormone released in response to stress and is associated with depression and anxiety.)

Breathing exercises are a core component of practices like mediation, martial arts, and yoga, but they can also be scattered into a busy schedule. Lynne Everatt is the co-author of The 5-Minute Recharge, a book that is specifically designed to help people attain emotional wellness in the workplace. Everatt endorses a technique called “box breathing” — a Navy SEAL tactic that is helpful in triggering relaxation in tense situations.

“I use it a lot,” Everatt tells me. “I might use it when I think I might be triggered, or even in the midst of a situation. You can be in the middle of incoming panic, and say, hold on, I’m going to take control of my body.”

Box breathing, Everatt explains, can be thought of as the opposite of a panic attack. It can also be performed discreetly. What you need to do is sit upright, with your feet flat on the floor. After slowly exhaling, you slowly inhale through your nose to the count of four. Your lungs fill with air while you hold your breath for another slow count of four. Then you exhale through your mouth for four more beats, and finally hold your breath one more time for four counts before repeating the process.

The nice thing about conscious breathing is that there are plenty of techniques from which to choose.

From the more physical, tactical breathing to the baby steps of breath focus, there are several de-stressing, easy-to-learn breathing techniques. If you want a little help along the way and have an Apple Watch, you can even use the convenient Breathe app.

Breathing can seem too easy of a fix, especially when the problems that surround you appear to be piling higher. But the data backing up breathing’s benefits is real! And those small stressors can turn into bigger health problems, like a weakened immune system and high blood pressure.

It’s likely that you spend much of your day figuring out solutions to problems. Try to spend five minutes of that time just figuring out how to breathe.

This week’s chill icon is the person who let a bobcat into their house. I say chill because this Craigslist stranger was simply trying to save a lost cat. Even when the cat (aka … the bobcat) was “very vocal,” “mean!!!,” and “EXTREMELY AGGRESSIVE,” they still let the feline roam inside, tearing up Whole Foods bags. Some may say it’s a hoax — I say it’s very chill.