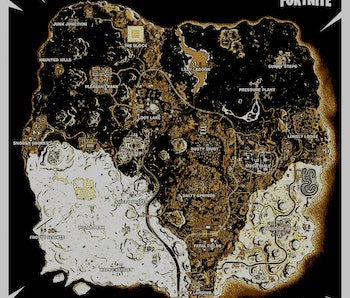 Public interest in Fortnite, according to Google search data, peaked more than a year ago, but as the video game looks to remain relevant after the white-hot interest in its early months, a question looms: How can Fortnite successfully strike a balance between keeping casual players coming back and attracting the best competitive pro gamers?

As Fortnite has grown in popularity, a divide between pros and casuals has emerged over their divergent needs: Casuals want a changing game that keeps Fortnite interesting, and pros want a stable playing field on which to improve their skills. The result is a franchise with a mild identity crisis.

In March 2019, Epic Games reported that Fortnite had 250 million registered players, peaking at 10.8 million concurrents. To think of it another way, there were more concurrent players than there are full-time residents in Portugal. By comparison, Fortnite’s biggest battle royale competitor, Apex Legends, reported only 50 million registered users in March. That’s a paltry 20 percent, but who’s counting?

Fortnite interest has waned in the past year, as those with a passing interest moved on to play other games and morning shows stopped worrying about lost productivity. According to Google Trends data, “Fortnite” as a search term reached peak interest in the middle of March 2018, the same month the game went on to earn $223 million in revenue, and it’s been on a gradual decline since.

So, when did the fall of Fortnite begin? Blame Drake, who, it must be noted, has an iron-clad rep for being cursed.

The cultural peak of Fortnite might not have been features on The Today Show or warm write-ups in The New Yorker. Nope, it was on March 15, 2018, when Drake played with video game streamer Tyler “Ninja” Blevins. It was streamed over Twitch. More than 600,000 concurrent viewers watched it happen. The New York Times, Polygon, and the BBC used the moment to enter finally talk about Fortnite.

More than a year later, it may seem like Fortnite’s popularity might be waning. But, the game still has millions of players. One metric by which to gauge this is to look at Twitch Tracker. Since March 2018, Fortnite has maintained more than 100,000 average viewers every month, peaking at 205,259 in July 2018. The April average was 139,425. As Fortnite consumes less attention, its player base remains engaged with weekly challenges and limited-time game modes, the creative sandbox mode introduced in December, collaborations with Marvel Studios on Avengers: Infinity War and Endgame. Most of all, Fortnite: Battle Royale’s 10-week seasonal structure is its most addictive, fun feature.

A Divide Between Pros and Casuals

If you venture into the die-hard Fortnite communities — places like the r/FortniteCompetitive subreddit — or if you follow pro esports players on social media, you begin to notice a disconnect between Epic Games’ attempt to appease both casual and hardcore Fortnite players.

Cross-platform play, which allows people with a PlayStation 4 to play against those with a PC, is a boon for casual players who want to play their friends. But at higher levels of competition, PC players have the clear advantage. PC players can turn off shadows or adjust their graphics in ways that increase visibility and give an edge. For casual players, this hardly matters, but at higher levels of competition, it can create an unfair advantage.

The biggest disconnect between pros and casual Fortnite players is the result of Fortnite’s always-changing line up of weapons and always shifting landscape, which arrive with the start of each new season.

Around every 10 or 11 weeks, a cataclysmic sci-fi event changes the island where Fortnite: Battle Royale happens, whether those 100 players want it to or not. Less than a week later, another major event marks the start of a new gameplay season.

On Saturday, May 4, an event called the “Unvaulting” allowed players to teleport into some kind of subdimensional space where, by attacking monuments built to weapons and items no longer in the game, they could restore one. It was mind-boggling, totally bizarre, and enthralling for casual players.

During the Unvaulting, players collectively chose to unvault the Drum Gun, an overpowered machine gun removed in September 2018 because it was ridiculously unbalanced. For casual players, the Drum Gun is a really fun and satisfying way to tear through opponents with ease. For pro players, such a weapon unbalances the game and rewrites the established meta for how profesionnals approach playing the game.

This kind of disconnect between the casual and pro Fortnite scenes happens far more often than you might think. Fortnite Season 8 began February 28, just a few days before ESL Katowice Royale, a tournament with $500,000 in prize money on the able. Team Liquid, a pro team, was renowned for always landing at Wailing Woods during Fortnite matches, but when a volcano erupted into existence at the start of Season 8, it wiped Wailing Woods off the map. Liquid was at a huge disadvantage in the tournament, its entire strategy was ruined.

For every pro player, there were fewer than 72 hours to adjust to a myriad of map changes they couldn’t possibly have predicted.

Before that, additions like the Infinity Blade “broke the game” enough that Epic quickly removed the sword from Fortnite entirely. Balancing gameplay is always an issue for any live-service games. We’ve seen as much from Destiny, Overwatch, and more recently with Anthem. But there’s nothing quite like Fortnite.

Every season, individual players can pay $9.50 for a premium battle pass to access exclusive challenges. Essentially, by playing Fortnite a lot, they get the supreme privilege of earning cosmetic items like a demonic banana costume or a cute little dog that rides around in your backpack. Many of these weekly challenges involve dancing near, on top of, or between various inanimate objects. It’s really, really fun.

All of this goofy fun enthralls the casual players, and it also earns a lot of money for Epic Games. Though official figures haven’t ever been released, TechCrunch reports that an inside source said Epic Games earned $3 billion in profits just in 2018. Even if only one in every five registered Fortnite players purchases a premium battle pass, that’s $475 million in revenue … every 11 weeks. Epic invests a lot of that revenue into huge prize pools for the Fortnite esports scene at a rate of $100 million per calendar year, compelling professional gamers to devote their days and nights to a game that’s still technically in early access. It’s something that consistently frustrates the pros.

In early April, Epic Games locked screen resolutions for competitive play to a 16:9 aspect ratio less than two weeks before the Fortnite World Cup Open Qualifiers, leaving many players shocked that such a big change could happen on such a short notice.

Some pros, like SypherPK from Team LG, didn’t mind all that much — but scheduling it so close to qualifies “felt weird.”

Hundreds — perhaps thousands — of professional gamers still play Fortnite on Twitch because that’s what fans want to watch. They compete in tournaments because that’s where they can win the most money. But for being so popular, Fortnite mechanically isn’t built to be a highly competitive game, especially not in its existing form when fundamental changes happen with utter disregard for the competitive scene. So far, Epic Games has appeared to cater to the casual and competitive arenas, but hasn’t truly satisfied either side. That may not be possible, though.

Is this the mark of a video game franchise that won’t remain sustainable forever? Or is Fortnite big enough and fast-moving enough to keep players — pro and casual alike — hooked?