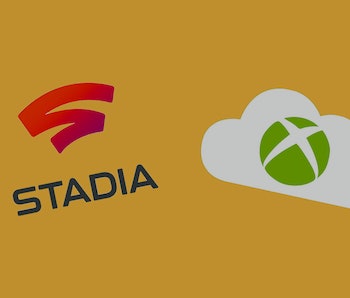 The console wars between Sony and Microsoft have raged since 2001, when the original Xbox and PlayStation 2 were first released. But the proliferation of cloud gaming services like Microsoft’s xCloud and Google’s Stadia will transform how gaming industry players compete with one another. In this new disruptive landscape, sources tell Inverse that it’s Microsoft’s xCloud service that is best equipped to prevail.

Neither xCloud nor Stadia has a release date, but both will attempt to change the console landscape for good. Stadia wants to kill the console altogether, and provide gaming on demand through devices like smartphones and tablets. xCloud wants to keep the console at the center of the in-home gaming experience, while still eliminating grueling download times and allowing users to play their favorite on mobile devices.

These business models are expected to explode in the coming years. The global cloud gaming market is forecasted to be valued at $6.9 billion by 2026, according to a March report by Zion Market Research. Tom Wijman — a Senior Market Analyst at the gaming market analytics firm Newzoo — tells Inverse that Microsoft will be getting the largest piece of that pie.

“What sets Microsoft apart at the moment is content,” he said. “Microsoft has its own development studio and is an experienced game publisher. In the end, the race for cloud gaming will not be won on technology alone, but through the content available on the service.”

Stadia’s goal to take consoles out of the equation could save gamers hundreds of dollars. But if it doesn’t have alluring titles that will drive gamers to pay a fee to play, it will face an uphill battle against the more established gaming titans.

Microsoft has been in the game for 18 years and has developed diehard fandoms around exclusive franchises like Halo, Gears of War, and Forza. Google has flaunted a few partnerships, most notably with Ubisoft and Id Software to bring Assassin’s Creed Odyssey and Doom Eternal to Stadia. But both of those games will likely be offered on xCloud as well. That leaves cloud gaming adopters with a quandary: Why pay for Stadia when I can get the same games, plus exclusives on xCloud?

Brand-defining games that users can’t play anywhere else will be what makes or breaks the cloud gaming services of the future. It will work almost exactly like how consumers are willing to pay for Netflix, HBO, and Hulu depending on who has the shows they want to watch. xCloud already has its Game of Thrones equivalent with its roster of exclusives. But what will be Stadia’s Stranger Things?

Stadia may have presented the most ambitious vision that could make console gaming cheaper and more accessible in the long run. But at the end of the day, it’s the games that bring in fans, not necessarily the latency speeds or processing power.

Until Google establishes the same level of heavy-hitting titles that Microsoft has at its disposal, Stadia could be playing second fiddle to xCloud.