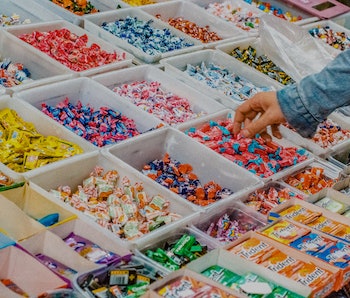 Sugar’s costly links to heart disease, cancer, and early death are only growing clearer, prompting governments to reconsider their approach to sweets. The United States and the UK each have very different strategies to limiting how much sugar its citizens consume, and two papers published this week show how their policies could save billions of dollars and millions of lives in the long run — if they ever work out.

The US Food and Drug Administration’s new approach to labeling foods to explicitly list added sugar could save $31 billion in direct healthcare costs over the next 20 years, write scientists in a paper released Monday in the journal Circulation. And the UK’s plan to reduce the amount of sugar added to products by manufacturers, write scientists in a paper released Wednesday in the BMJ, could amount to roughly $373.5 million in savings for the government over ten years.

Both strategies focus on cutting down calories that come from added sugar. In the United States, the FDA will require that companies update their nutrition facts to specify how much sugar is added to each product by 2020. This could limit American intake of added sugar to less than 200 calories’ worth each day, which alone could prevent 354,400 cases of cardiovascular disease and 599,300 cases of diabetes over two decades.

In the UK, the government has vowed to reduce added sugar in foods like breakfast cereals and sweets by 20 percent by 2020, which will reduce daily calorie intake by 19 calories in adults and 25 in children. The BMJ study shows that hitting these sugar reduction targets could prevent 155,000 cases of diabetes, 3,500 cases of cardiovascular disease, and 5,800 cases of colorectal cancer over a decade.

In short, reducing calories gained from added sugar by these small increments is expected to spur big changes in health and in healthcare spending in both countries. Each approach, however, comes with obstacles that will be difficult to beat.

The US Model: Leaving It Up to Consumers

The FDA’s sugar-labeling guidelines are consumer-focused. That means that their goal is to change what consumers think about eating sugar by letting them know how much added sugar is in their foods. There is evidence that educating consumers really does work, but it’s a hard-fought battle.

Christodoulos Kypridemos, Ph.D., a lecturer in public health at the University of Liverpool and a co-author on the Circulation paper, says that explicit sugar labeling may be an important way to change preferences.

“Sugar labelling is effective as a stand-alone policy, but is also a stepping stone to enable and support other policies that target the acceptability, availability, and affordability of sugary foods and drinks” Kypridemos tells Inverse. “For example, it may promote and accelerate processed food and drinks reformulation.” He hopes that labeling will not only change consumer minds but also have ripple effects throughout the food industry.

The authors of the Circulation paper estimate that if both of these things happen, the savings in cost and health could be twice as large as they would be if only one scenario played out: 708,000 cases of heart disease could be prevented, along with 1.2 million diabetes cases over 20 years. That could save $113.2 billion.

"Risking becoming unpopular to some of the readership, food industry regulation is vital."

Of course, asking consumers to turn their backs on sugar then apply pressure to the food industry is a big ask, adds Kypridemos. “Risking becoming unpopular to some of the readership, food industry regulation is vital,” he says. “They may not like the uncertainty that is embedded in any change of the status quo, or they may see some of the necessary policies to tackle the obesity epidemic as a direct threat to their profits.”

"The best part is that taste changes over time."

There’s one big benefit to going straight for the food industry: It doesn’t require consumers to change their behavior, explains Ben Amies-Cull, first author of the BMJ study and doctoral student in public health at Oxford University. For each one-percent decrease in daily calorie consumption, Amies-Cull and his colleagues estimate that the UK’s healthcare system could save 28.6 million pounds (over $37 million) per year.

“The key to this population-level approach is likely to be that we short-cut around this resistant issue,” Amies-Cull tells Inverse. “The best part is that taste changes over time. Perceived normal portion sizes are socially determined so that should change too, so we soon won’t even notice the difference.”

Of course, you can’t discount the lengths people will go to for a sugar fix, or whether they may replace that sugar with more salt, or saturated fats that may offset the benefits of cutting sugar in the first place, notes Amies-Cull. “We can’t say in the real world if we reduce portion size that people won’t just eat more of them, or how much of the reduction in portion size that could offset,” he says.

This is where the UK can turn to the US’s approach. The UK program does incorporate sugar labelling, but it may not go far enough in trying to reduce the incentives that food companies have to keep adding sugar to their products — and if people don’t see sugar as a health threat, they may just keep eating the same amount anyway.

Kypridemos argues that obesity is a systemic issue, which means that it’s embedded in how we perceive food as well as how we manufacture it and sell it. Combating obesity, he says, will require “radical systemic change”: changing the social norms around eating added sugar, all the way down to the industries that exist to fulfill our sugary desires. Overall, both the US and the UK are trying to do this, but they’re each hoping that by attacking one side of the coin (sugary food manufacturers, or consumer preferences) the other issue will fall into line.

Both of these studies show that these approaches on their own could save millions of lives, but if we can get a policy together that does both simultaneously, we may reap even greater benefits. That will only happen, says Kypridemos, through the “organized efforts of society.”

But for now, one thing is clear: When we add additional sugar, we lose a lot in return.

Objective: To estimate the impact of the UK government’s sugar reduction programme on child and adult obesity, adult disease burden, and healthcare costs.

Participants:1508 survey respondents were used to model weight change among the population of England aged 4-80 years.

Main Outcome Measures:Calorie change, weight change, and body mass index change were estimated for children and adults. Impact on non-communicable disease incidence, quality adjusted life years, and healthcare costs were estimated for adults. Changes to disease burden were modelled with the PRIMEtime-CE Model, based on the 2014 population in England aged 18-80.

Conclusions: The UK government’s sugar reduction programme could reduce the burden of obesity and obesity related disease, provided that reductions in sugar levels and portion sizes do not prompt unanticipated changes in eating patterns or product formulation.

More like this
Mind and Body
Sep. 20, 2022
Do I need a polio booster?
By Katie MacBride
Science
Sep. 22, 2022
Can science prevent a pandemic?
By Tara Yarlagadda
Mind and Body
Sep. 26, 2022
Your gut microbes can help fight cancer, new research reveals
By Miriam Fauzia
Related Tags
Share: