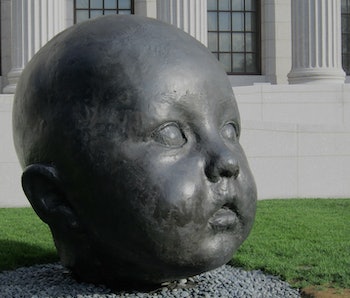 On Thursday, a team of doctors in Greece announced the birth of the country’s first “three parent” baby — a child born with the genetic material from two parents and a third donor. The way this trial was conducted makes one thing clear: Three parent babies are here to stay, and this technique may become far more widespread than it is right now.

This child was born under the supervision of two European fertility companies, Spain’s Embryotools and Greece’s Institute of Life as part of a clinical trial. In a statement, the Institute of Life called the child a “global first.” This isn’t actually the first time a child has been born with DNA from three people using this technique — another three parent baby was born in 2016. But there’s one major difference between the 2016 birth and the child born in Greece: These parents underwent the procedure to try to combat infertility, not genetic disease.

Even that small difference has the capacity to change how the world sees the results.

How Does the Technique Work?

The technique used in the 2016 birth and in this most recent birth is called maternal spindle transfer. In this process, the nucleus from one of the mother’s cells is transferred into a third-party donor’s egg, which has its own nucleus removed. Because the nucleus includes the vast majority of the DNA present in the cell, this process means that the genes in that new egg come mostly from the mother, not the donor.

However, a small percentage of genes in that DNA dwells outside the nucleus in organelles called mitochondria. That mitochondrial DNA will be from the egg donor, not the mother. Once that happens, that egg has genetic material from two women. Finally, that egg is fertilized by the father’s sperm, adding his DNA to the mix to complete the “three-parent” embryo.

Why would someone opt for this complex technique? Primarily, it was developed to avoid genetic diseases that may be present in mitochondrial DNA. This was the case for the parents who underwent the procedure in 2016: That mother’s mitochondrial DNA carried genes for Leigh’s Syndrome, a brain disorder that impairs movement and speech. It typically causes death within two to three years.

How Does the World View Maternal Spindle Transfer?

Some may see the use of maternal spindle transfer to combat infertility as an off-label use of the procedure. Speaking to CNN, Dr. Tim Child, the medical director of Oxford Fertility Unit implied as much.

Traditionally, if the intention is to prevent disease, the bioethical community is more open to endorsing mitochondrial replacement therapies, including spindle transfer.

In 2015, the United Kingdom passed laws to make the technique available, but that law’s passage was intended to help combat the transmission of serious mitochondrial disease, according to parliamentary documents. Since then, the Nuffield Council on Bioethics has added that it views the technique as ethical, again, for disease prevention reasons, and Australia and Singapore have also considered laws to legalize the technique in that case.

But when genetic disease isn’t the primary motivator, critics fear that the world is teetering on the edge of designer baby territory — the idea that humans may begin to use our power to manipulate genes to “enhance” our offspring. This experiment falls short of enhancement, but Child’s point is that using mitochondrial replacement as a fertility treatment doesn’t fall into the category of genetic disease prevention either.

The UK government’s Human Fertilization Authority, too, is wary of using maternal spindle transfer for IVF. In a statement given to The Guardian, its members argued that they only approve the use of the procedure in the UK for parents who have a very high likelihood of having a child with a serious disease. For everyone else, they suggest the technique is so new that we’re still not totally sure whether the risks outweigh the benefits.

“There is limited evidence on risks and success rates, and it should only be used cautiously in cases where alternative treatments would be of little or no benefit,” an Authority spokeswoman said.

If the laws in the UK, as well as proposed laws in Singapore and Australia, are any indicators, the use of maternal spindle transfer (and other techniques that achieve the same end) are becoming more widely embraced because of their therapeutic power. This trial has the potential to pave the way for this technique’s use as a fertility treatment too, which would greatly expand its use beyond people with rare genetic diseases.

Still, the court of public opinion will have to judge whether the scientists in Greece and Spain did the right thing. If the consensus is yes, then this technique could open the door to many more three parent babies in the future.