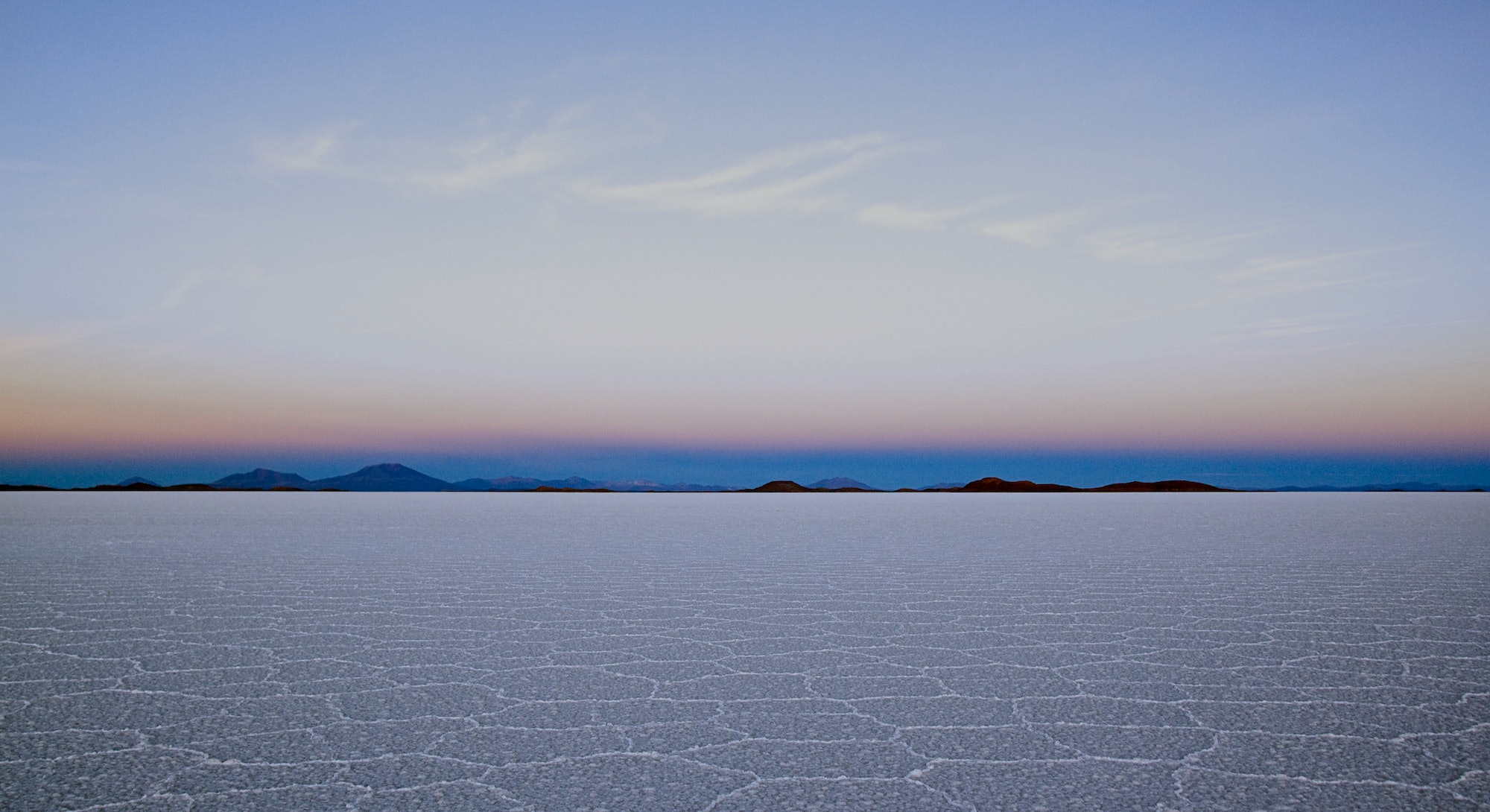 For one thing, it’s actually a salt, not a synthetic. For another, it’s been around a while. Centuries ago, lithium-filled spas and hot springs around the world were thought to be medicinal. Then, in the early 20th century, lithium began to be prescribed for gout. When, in 1949, it was marketed as a table salt substitute for patients with congestive heart failure, there were deaths and public warnings and, a short time later, a lot of words published by Australian psychiatrist John Cade, who announced it could be used as an effective treatment for mania. Lithium proliferated amid controversy.

Lithium’s role became more prominent in 1954, when a Danish psychiatrist named Mogens Schou began experimenting with it as a treatment for not just for mania, but depression. When the FDA eventually got on board, it became the first bipolar-specific drug to be approved to treat what used to be called manic-depressive disorder, an ailment characterized by a cycling between depression and mania. Bipolar I, the more severe form of the complaint, necessitates at least one manic episode for a diagnosis. Bipolar II is marked by at least one hypomanic episode — a less acute form of mania, not presenting with psychosis — followed by at least one episode of severe depression. The episodes don’t necessarily follow on each other’s heels; they can be months, even years apart.

Lithium became the go-to for treating bipolar disorder, and for decades it existed largely in a vacuum, pretty much until the psych-med explosion of the 1990s. Depakote came along and was heavily prescribed for rapid-cycling mood disorders — when the episodes of depression and mania switch back and forth quickly, with little or no leveling out in between — for which lithium is often not advised. What would in time come to be known as “first-generation” anti-psychotics were often replaced or phased out by the second generation in the 2000s. Risperidone was approved for treatment of acute manic or mixed episodes — when mania and depression occur at the same time — of bipolar I in 2007.

Since then, lithium has served as a supporting actor for more targeted medications. It’s a booming business: more than 78 million Americans were prescribed some kind of mood-altering psychiatric medication in 2014.

In one respect, at least, lithium is the same as all other psychoactive drugs: We’re not totally sure how it works, only that it does. There are hypotheses about lithium possibly stabilizing the communication of ion channels in the brain, along with more well-known theories about its effect on neurotransmitters like serotonin and dopamine. New research from MIT shows that lithium inhibits a key protein in the brain — of worms, anyways. That might hold true for humans as well, but it’s still too early to say.

“When ibuprofen came out, they thought aspirin was going to go away, but it’s still here,” Mayo Clinic neuro-radiologist Dr. John Port said of lithium’s staying power. “The bottom line is that lithium, for a large number of patients, goes really well. And it’s really cheap. So that combination makes it very attractive. For those people who can tolerate it, it’s just a godsend.”

“In the U.S. big pharma is already pushing lithium out of the market,” Dr. Thomas Schulze of the University of Munich said. “They only want to market their own medications. There’s off-label use [like for schizoaffective disorder], but nobody has ever quite managed to rebrand lithium. You can’t patent that, you can’t re-release it. How do you re-release something that’s been out there 100 years?”

Most mood-stabilizers double as anti-seizure medications, and their origin stories lie largely in neurology, where they were first developed to treat epilepsy. Only later were they “rebranded” as psychiatric mood-stabilizers (antidepressants and antipsychotics may also be used to treat different forms of bipolar disorder, but mood-stabilizers are probably what you’ll hear about most often). Many of the second-generation antipsychotics — Aripiprazole, Quetiapine, Olanzapine — are used as adjunct therapies for bipolar depression and have been marketed for a variety of off-label uses. Drugs like Valproate — initially developed to treat schizophrenia — are often rebranded as antidepressants. Re-releasing drugs not only allows manufacturers access to more potential users, but saves money on research and development.

This marketing strategy can have legal side effects. In 2010, AstraZeneca agreed to pay a $520-million-dollar fine for marketing Seroquel, FDA approved as a treatment for acute manic episode and bipolar depression, as a treatment for aggression, Alzheimer’s disease, anger issues, and anxiety. The settlement put a small dent in the $33 billion-plus in revenue AstraZeneca raked in that year.

The sale of mood-altering psychiatric drugs is worth billions of dollars, which puts the companies selling lithium tablets — notably GlaxoSmithKline and the small company specializing in medical patches, Noven pharmaceuticals — in a unique position. The re-release strategy won’t work; there is no patent on lithium carbonate so it’s impossible to effectively market, say, Lithobid over Eskalith. They’re the same thing, and that thing is neither new nor sexy. Like every other psychiatric drug, lithium is a flawed solution, but it remains on the market because it mostly works, and because it is sometimes the only thing that does.

“A lot of patients worry — it’s such an old medicine, aren’t there newer, better ones?” Dr. Shefali Miller, a psychiatrist at Stanford, said. “Some like that it’s a salt, they feel that’s more natural, and then others worry that because it’s a salt it’ll cause more toxicity, but I wouldn’t emphasize its chemical makeup for why it’s still around. It’s just proven itself in clinical use to be a very effective medicine. A lot of people simply don’t do well on anything else.”

In a placebo-controlled trial, if you assign X number of patients to a drug — lithium, in this case — and X number of patients to a placebo, you’re looking for what’s known as an NNT, or the number needed to treat. A 50-percent response to lithium versus, say, a 30-percent response to the placebo means your NNT is 1 over 20 percent (the difference) and so your NNT for lithium, in that study, would be 5. FDA-approved treatments generally have NNTs of less than 10. Lithium’s NNT for acute mania, according to Miller, hovers around 4, which is similar to that of most second-generation antipsychotics for acute mania, but better than Depakote.

For acute depression, though, lithium doesn’t show as robust an effect as some others - its NNT hovers around 15. However, in terms of reducing rates of suicide, only lithium and Clozapine (an anti-psychotic) have really been shown to be effective in some studies. The fact remains that for some patients, lithium — inexplicably — doesn’t work. But that’s true of pretty much any psychiatric medication, as is the presence of side effects.

And lithium can have severe side effects. This is why a drug like Lamotrigine is often the first thing a psychiatrist reaches for when starting a patient on mood-stabilizers. Lamotrigine is less toxic to the kidneys and is generally well-tolerated among most patients, though it’s not exempt from causing the weight gain, fatigue, nausea, and cognition impairment that are inherent to pretty much every similar medication. But, like many drugs, Lamotrigine needs to be titrated up — that is, gradually building to the desired dosage — over the course of at least a month, maybe two, and so it isn’t always as effective for acute mania as drugs like lithium or Depakote. Lithium is likely the better option in that kind of pinch.

Lithium can also affect thyroid function in 10 or 15 percent of patients, but the most persistent complaint lodged against lithium is that it can be toxic to the kidneys, usually when prescribed over a long period of time. And because it’s been around for so long, there are therefore more people who have been taking lithium for decades, for most of their lives. End-stage renal failure is rare, but it does happen.

“When it works, it’s just an incredible drug,” Dr. Elliott Richelson, a professor emeritus of psychiatry and pharmacology at the Mayo Clinic who’s currently a consultant in the psychiatric department, said. “I have a patient I’ve been following for about 30 years, stable, with very minimal effect on the kidneys. But it’s been harder and harder for him to get it, because there’s no economic motivation to keep marketing it.”

Despite what feels like an unprecedented variety of drug options, the number of psychiatric drug trials is actually decreasing.

After the first two waves of anti-psychotic medication came to market, the drug pipeline got clogged because a number of big-budget trials failed to produce results. The most notable example was the failure of a potential schizophrenia and Alzheimer’s treatment created by the Swiss drug company Roche in 2014, badly dinging the manufacturer’s stock.

“Drug development in psychiatry is in a pretty abysmal state at the moment,” Schulze rued. “Nothing’s really come out in recent years.”

There’s a bigger pharmaceutical market for depression treatments than for almost anything else, according to Schulze. He believes that psychiatrists today are increasingly afraid to prescribe lithium and that, as more time passes, fewer American psychiatrists will be trained to prescribe it at all. He suspects that in Africa and Asia, lithium will remain an important option.

Lithium will continue to work for a lot of people. But the reality is that for others, it won’t work at all.

Take Germany, for instance. Part of the reason so many other drugs are still prescribed in Hamburg and Berlin is that there is a significant subset of patients who find lithium intolerable. No one’s really certain why. Schulze believes fewer lithium prescriptions are being written because of it.

But he has a theory that, if proven, could revolutionize the way lithium is distributed, possibly making it more effective and almost certainly making it much more popular with clinicians. Anecdotal evidence and some data from familial studies have shown clustering, which Schulze believes indicates that lithium response may be a heritable trait. Schulze recently published a study on the genetics of lithium response with a precedent-setting 124 co-authors. The goal was to find genetic markers that predicted lithium response in people with bipolar disorder.

“This is all personalized, precision medicine, so we want to limit the trial and error, you know?” Schulze says. “Ideally, you’d be able to take a blood test, and someone could tell you you shouldn’t take a certain drug if you have a certain genetic profile. But we just aren’t there yet.”

Schulze and his co-authors spent eight years genotyping subjects across four continents. They found a small handful of genetic markers — alleles — that surpassed their significance threshold and that they believe should be studied to improve lithium’s efficacy for prescribing clinicians. In the future, Schulze said he hopes to get an even larger sample size — almost 6,000 in total — to gain greater statistical power and bring up markers that currently lie just under the significance threshold. In a separate independent sample of 75 individuals undergoing lithium monotherapy (meaning they weren’t taking any other drugs — psychiatric patients, even those with less acute symptoms, are often on a cocktail), Schulze found that those with at least two of their previously identified response alleles took much longer to relapse. The kind of breakthrough this research might one day lead to could be exactly what lithium needs to become appealing to pharmaceutical marketers.

Whether or not lithium survives that long out in the cold, marketing-wise, remains to be seen. But lithium is tough: it has survived the entirety of the twentieth century, at least one PR nightmare, and multiple waves of prospective replacements, simply by being good at its job. If there is a psychiatric drug in the world that doesn’t need to be in the good graces of big pharma to live on, it’s lithium.