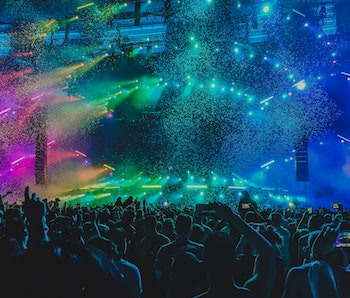 People who experience trauma often turn to therapy for help in adulthood, but stubborn conditions like PTSD can be hard to treat. The adult brain, unfortunately, is not as open to change as it is during adolescence. New research published Wednesday in Nature, however, shows how the drug MDMA might reopen the door to the more open teenage brain.

In the study, a team led by Johns Hopkins University neuroscientist Gül Dölen, M.D., Ph.D., shows that MDMA’s effects on the hormone oxytocin seem to open up a “critical period” in the adult mouse brain that is usually only seen during adolescence. This period requires a certain level of neuroplasticity — that is, an ability of neurons to reorganize — that goes away when the brain reaches adulthood. The team suspects this same neuroplasticity is at play in recent studies showing that MDMA can treat PTSD and other psychological disorders when used in tandem with therapy.

In particular, MDMA seems to open up a critical period of social reward learning, a period of development when one learns that it feels good to be a member of a group. In adulthood, that critical period closes, which may be the reason PTSD treatment, which requires close social interaction with a therapist, is difficult — and why it seems to work better when MDMA is involved.

Discovering that mice go through a critical period for social reward learning was the first step in figuring out how to re-enter it in adult humans.

“The first thing that was really exciting and a big surprise was that there was a critical period we could measure in mice for this social behavior,” Dölen, the principal investigator of the lab where the study was conducted, tells Inverse.

“There are a lot of diseases of the brain that we think would be influenced by the existence of a critical period for social reward learning.”

Long known as a recreational drug, MDMA is experiencing a renaissance as a therapeutic drug for people with PTSD, as well as for adults on the autism spectrum who have trouble with social anxiety. Several phases of FDA-approved clinical trials have shown that MDMA, when taken under the guidance of a therapist and coupled with multiple sessions of therapy, offers rapid relief from PTSD symptoms that last long after the effects of the drug have worn off. What remains unclear is how MDMA is actually affecting the brain. Dölen’s team suggests in the new study that the drug may be acting via the hormone oxytocin to encourage plasticity in adults similar to that seen in adolescent mice.

They tested this idea by first having mice spend 24-hour periods in two different enclosures, each with different types of bedding. In one enclosure, the mice got to hang out with other mice, and in the other, they were all alone. The idea was that they would become conditioned, through social reward learning, to associate one type of bedding with friends and the other type with being socially isolated.

After conditioning, the mice had open access to both bedding enclosures, and the researchers watched to see how much time the mice spent in each.

It appeared that only adolescent mice (between 42 and 98 days old) were susceptible to social reward learning, choosing to spend more time among the bedding they associated with other mice. The adult mice, meanwhile, didn’t seem to internalize the association between bedding and companionship.

That is, until they were given MDMA.

Reopening the Door to Plasticity With MDMA

After being given MDMA — and then waiting 48 hours for the drug to be flushed out of their systems — the adult mice learned to associate one type of bedding with companionship, just like the adolescents. This result demonstrated that MDMA not only has an effect on neuroplasticity but also that it lasts long after the drug’s acute effects have subsided.

“This is about the long-term effects of the drug on the brain,” says Dölen.

These findings suggest that MDMA and other drugs like it may actually be able to induce a childlike state of neuroplasticity, in which a person can relearn new behaviors — and unlearn old ones. This could be especially important for humans with lifelong psychological conditions that are difficult to treat.

Previous research had established that, in mice, the hormone oxytocin plays a crucial role in social reward learning by interacting with oxytocin receptors in the nucleus accumbens, a part of the brain associated with reward. In the new study, the team shows that MDMA can also activate those oxytocin receptors, apparently also opening up the critical period during which social reward learning is possible.

When combined with traditional therapies, Dölen suspects that MDMA could be the support that some people need to heal, especially if they haven’t experienced relief through typical psychotherapy.

“Everybody who has tried to treat disorders of the brain has had it in the back of their mind that maybe these things aren’t working as well as we’d like them to because of critical periods of brain plasticity, but we just haven’t had effective ways of reopening those windows,” says Dölen.

MDMA: Maybe Not Just For PTSD

Anthony Gabay, Ph.D., is a postdoctoral researcher at the University of Oxford who wasn’t involved in this study but has done research on MDMA’s effects on social behavior. He tells Inverse that this research adds valuable knowledge about MDMA’s effects on serotonin and oxytocin.

“The fact that the authors report context-specific effects reflects our own findings in humans that some of the social cognitive effects of MDMA are context-dependent,” he says. “As the authors note, with MDMA undergoing Phase 3 clinical trials, it is important to understand these mechanisms, and how they could play a part in the therapeutic process.”

In addition to the ongoing PTSD studies, Dölen suspects MDMA could be an ally in treating other psychological issues with social components, too.

“The other major kind of disease where this would be important would be things like addiction, where the disease isn’t necessarily caused by social behavior, but your ability to potentially treat that might be facilitated if the period for social behaviors was opened,” says Dölen. She points to 12-step recovery programs, in which peer support is a crucial component of healing but where early life experiences may make it difficult for members to form these bonds.

“The bond that has to happen between members of the group or between the patient and psychiatrist might be stronger if this critical period could be reopened,” Dölen says.

"These drugs shouldn’t be taken without appreciating the largeness of what these drugs are doing to you."

Next, the team will be working with other researchers at Johns Hopkins to explore whether other systems in the human body exhibit signs of critical periods and to see whether the idea of reopening critical periods can be generalized across systems. Importantly, studies like this one can stimulate further research on a drug that has a long history of being seen as strictly recreational.

Despite MDMA’s long-standing reputation as a party drug, cautions Dölen, this research highlights how deep its emotional and psychological effects can be.

“For people using these drugs recreationally, I think it’s an important thing to keep in mind that when you’re doing these drugs, they reopen a window of sensitivity, so you want to make sure you’re doing them around people you trust, who are not going to take advantage of your sensitive state of mind, and who are going to respect what a tremendous opportunity and potential impact of these drugs on your brain really are,” she says.

“These drugs shouldn’t be taken without appreciating the largeness of what these drugs are doing to you.”

A critical period is a developmental epoch during which the nervous system is expressly sensitive to specific environmental stimuli that are required for proper circuit organization and learning. Mechanistic characterization of critical periods has revealed an important role for exuberant brain plasticity during early development, and for constraints that are imposed on these mechanisms as the brain matures. In disease states, closure of critical periods limits the ability of the brain to adapt even when optimal conditions are restored. Thus, identification of manipulations that reopen critical periods has been a priority for translational neuroscience. Here we provide evidence that developmental regulation of oxytocin-mediated synaptic plasticity (long-term depression) in the nucleus accumbens establishes a critical period for social reward learning. Furthermore, we show that a single dose of (+/−)-3,4-methylendioxymethamphetamine (MDMA) reopens the critical period for social reward learning and leads to a metaplastic upregulation of oxytocin-dependent long-term depression. MDMA-induced reopening of this critical period requires activation of oxytocin receptors in the nucleus accumbens, and is recapitulated by stimulation of oxytocin terminals in the nucleus accumbens. These findings have important implications for understanding the pathogenesis of neurodevelopmental diseases that are characterized by social impairments and of disorders that respond to social influence or are the result of social injury.