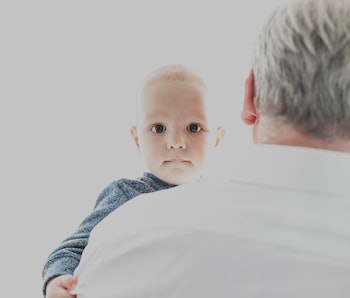 Babies understand a lot more about what’s going on between adults than they get credit for, and new research suggests they can even tell whether you’re actually friends with someone — or just acting friendly toward a stranger. The scientists behind a new study published Monday in Scientific Reports found that babies could decode a remarkable amount of information from adults’ laughter.

In the paper, a pair of researchers describes how babies as young as 5 months old will pay closer attention to laughter that’s shared between friends than to laughter shared between strangers. The infants also seemed to be able to tell whether or not the sound of laughter matched the way two adults act toward each other. As early signs of social awareness, these babies’ behavior highlight just how much information laughter can reveal about human relationships, not to mention the fact that humans can apparently begin decoding this information at a very early age.

“These results provide the first evidence that infants can use a nonverbal vocal signal of affiliation in making social judgments as a third-party observer,” write Athena Vouloumanos,Ph.D., an associate professor of psychology at New York University, and Greg Bryant, Ph.D., a professor of communications at UCLA who specializes in “the evolution of vocal communication and social behavior.”

Check out this related video: Babies Laugh More Like Chimps Than Humans

This study consisted of two experiments:

Vouloumanos and Bryant argue that when the babies listen more intently to friends laughing, they’re showing us just how deeply wired humans are to perceive the subtle social cues that laughter conveys.

“Infants’ sensitivity to the social information in laughter by 5 months suggests early emerging, and possibly evolutionarily conserved, perceptual machinery for evaluating potential social signals that may be used to quickly draw inferences about the relationships between agents in the social environment,” they write.

As previous research on social signals has suggested, humans are hardwired to read social cues to quickly determine whether someone is a friend or an enemy — something the researchers describe as “the relationships between agents in the social environment.” And while this skill might not always come in handy in contemporary society, this latest research shows that the instinct kicks in early in life.

The second experiment went on to demonstrate that babies can already match up their expectations with reality — all based on social cues.

Vouloumanos and Bryant say this result demonstrates that the babies notice a discrepancy between how people are acting and what they’re saying. In short, babies can not only tell the voices of friends from those of strangers, but also their actions. They argue that laughter conveys uniquely specific information about a relationship, information that babies are programmed to receive.

“Infants are sensitive to voices, and to particular tones of voices that signal positive affect and intentions to communicate (e.g., infant-directed speech, song) and, like adults may be able to use acoustic features in speech to infer social relationships,” they write.

“Infants’ sensitivity to different kinds of laughter might be one of the early emerging tools they use to understand and navigate the complex social world.”