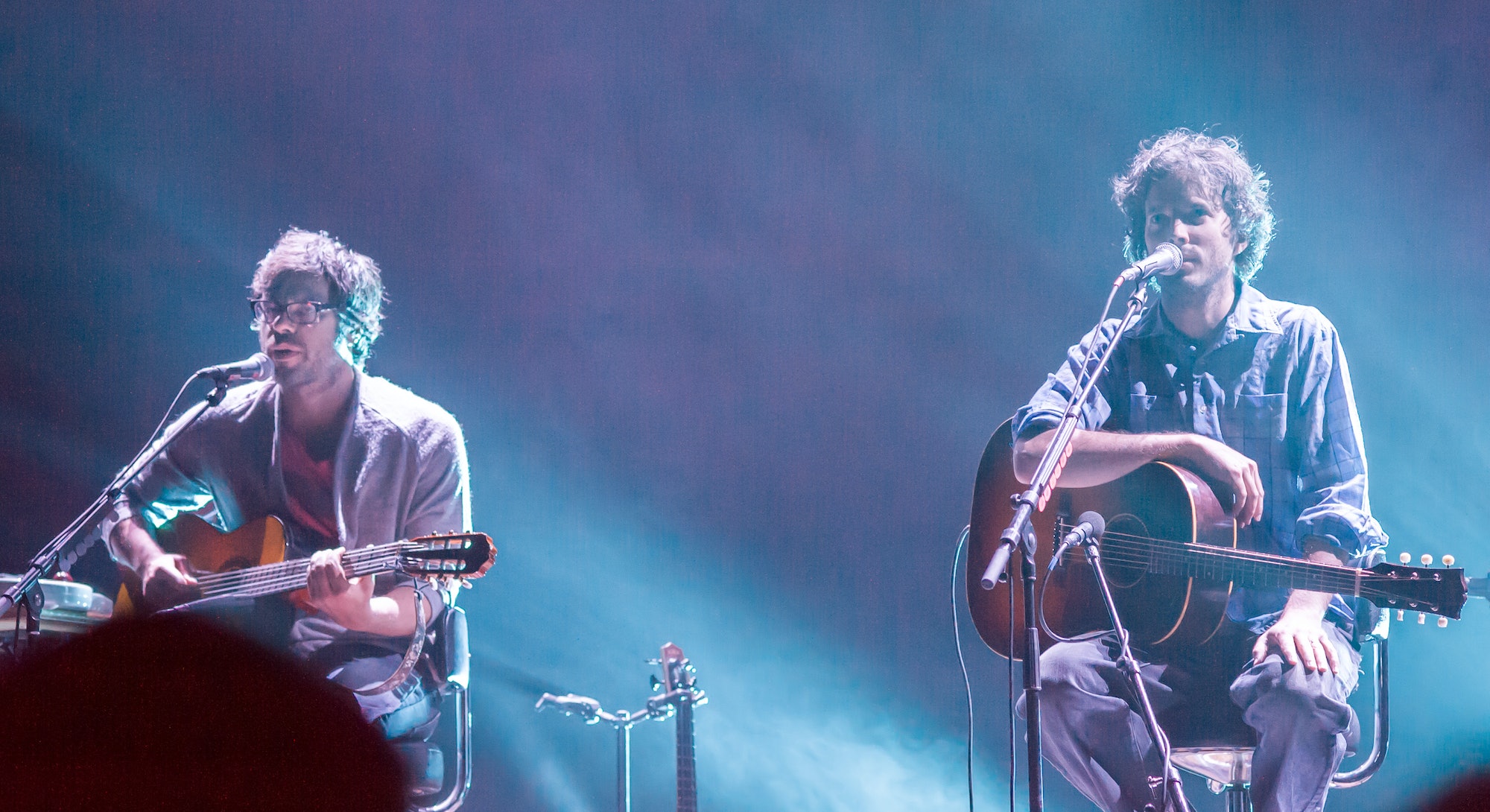 Jemaine Clement might not be “classically handsome” like his Flight of the Conchords counterpart Bret McKenzie — at least according to their superfan Mel on the short-lived HBO series — but that hasn’t held him back in the slightest.

The New Zealander musician, actor, and writer went on to star in the vampire mockumentary What We Do in the Shadows with director Taika Waititi (Thor: Ragnarok), and currently serves as showrunner on a TV adaptation with a new cast of vampires set to premiere on FX next year. He also scored a recurring role on another FX show, Legion, played a singing fart on Rick and Morty, and co-stars in the screwball comedy An Evening with Beverly Luff Linn with Aubrey Plaza and Craig Robinson.

In a recent phone interview, Inverse spoke to Clement about all of that and more. We also couldn’t resist asking about his Flight of the Conchords origins, including the first song the Kiwi musical comedy duo ever wrote (make your best guess now because you’re definitely wrong.)

Sorry, but I have to ask, will we ever get a new season of Flight of the Conchords?

No, we did just do a special that’s on HBO. I don’t think we’ll do the show again.

What was the first Flight of the Conchords song you and Bret ever wrote together?

It was “Foux Du Fafa,” our French song. We never really were able to play it, but in the special, we actually managed to do it the whole way through, probably for the first time even though we wrote it about 20 years ago.

What’s so hard about playing that song? Is it too funny to get through?

I do always laugh during that song. The part where Brett plays the woman and she’s mad at me, that always makes me laugh. But playing that latin rhythm and speaking at the same time is what’s really difficult. Singing and playing is easier than speaking and playing.

What was it like playing the Bonnaroo Music and Arts Festival in 2007?

That’s going back. Oh boy, so long ago. I do remember that we had a fairly modest acoustic setup for that and we were playing next door to Ween, which is a band I love by the way. But they were blasting really loud. It was really difficult to do. But you know, in a way I was flattered to be drowned out by them.

And then at the end, The Flaming Lips started and you could hear them play the intro to “Do You Realize?” and only the very polite people stayed to watch us to the end because you couldn’t even hear us, and we just said, “Well, if you wanna see The Flaming Lips you can go.”

Did you ever get to meet David Bowie?

No, but that’s ok. I think sometimes that’s for the best. One time we were backstage at a Leonard Cohen concert and we thought we might get to meet him and I remember being quite nervous, but then he never came out and I had quite a sense of relief. Meeting heroes like that, you worry about what you’re gonna say and do. I don’t mind that we didn’t.

You’re one of the head writers and showrunners for the What We Do in the Shadows TV show. Will you character from the movie make a cameo?

I’m keeping that close to my chest — that’s code for highly likely. Yeah, we showed the pilot at Comic Con a few weeks ago. Someone asked, will your characters show up in the show, and I said It would have to be something very important to bring them away from New Zealand. Some people took that as no, even though I thought it was very obvious. As I say, highly likely.

What’s different about the show compared to the movie?

Yeah, they’re different characters and it’s a different environment. But there’s a lot of similarities as well. It’s the same humor and the same style. I think of it as one of those housewives shows: Housewives of…. So we have Vampires of Wellington and the new one is Vampires of Staten Island.*

Will we see any other types of monsters on the show?

In the first season there’s a couple of different types of vampires. I don’t want to give too much away about it.

Is is true you’re working on a What We Do in the Shadows sequel with Taika Waititi about the werewolves?

Working on it is an exaggeration. We had an idea for doing it. But I don’t know if we’re going to make that. We talked a bit about it, but I’ve been working on that show and another show. I haven’t chipped away at that one yet.

If the werewolves movie does happen, would you and all the other vampires be a part of it?

We haven’t thought it enough out to know yet, and I’ve kind of been playing with whether it will get made or not.

There’s another show in the Shadows universe, right? What can you tell me about Wellington Paranormal?

Yeah, there’s two police officers in What We Do in the Shadows who come to the vampires’ house and fail to see what’s happening because they’re hypnotized. And that was just really funny. So we thought they should get a TV show. We made a six part series, which is out on New Zealand. We’ve got another season, but I haven’t started work on that yet.

It’s really fun, I love making it. It’s a monster of the week. It’s like a stupid X-Files.

Is your character in that show?

He’s not, but Nick, who is the new vampire in the movie, shows up. There’s an episode about him and what he’s up to now. He’s played by Cori Gonzalez-Macuer, one of the most naturally funny people I’ve ever seen

Your co-vampire Taika Waititi also directed Thor: Ragnarok. Any interest in joining him in the Marvel universe?

He did ask me to work on Thor: Ragnarok with him, but I was already pretty deep into the Shadows series and the other New Zealand series Wellington Paranormal. But I think, yeah, possibly. It would be good to do something that’s not vampires probably for a while.

Beverly Luff Linn is a really weird movie, even by your standards. How would you summarize it in one sentence?

I wouldn’t do that.

Your character in the movie sort of gets dragged into a dispute between a husband and wife. What do you think are the motivations of your character?

The way I felt when I was doing it was that he had seen some bad things happen when he was younger. So he wanted to protect people and that’s what he wanted his job to be. And then he’s thrown into this situation and trying to decide who’s right. He’s confused about what his job should be.

What was it like working with Aubrey Plaza and Craig Robinson?

It was great. I’d worked with both of them before. Craig and I have done live gigs together. Doing Flight of the Conchords, Craig would come play piano for us. Sometimes Brett and I would come join his band. But it was good to do some film work, which is very different from playing music on stage. And Aubrey and I worked on Legion together. It was very nice to be able to work with friends.

This interview has been condescend and edited for clarity.