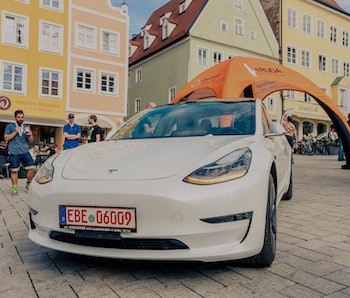 Tesla is urging Model 3 reservation holders to buy now before the end of the full federal tax credit. The company claimed in an email published Tuesday that the mid-range model released last week costs less than $35,000 after the tax credits and gas savings are factored in. Tesla is the first automaker maker to lose the bonus as it has now sold over 200,000 electric cars.

The email, as shared with Electrek, tells buyers that “we recently introduced a more affordable Model 3 Mid Range Battery option for $34,200 after federal tax credit and gas savings. As a reminder, the full Federal Tax Credit of $7,500 ends after December 31, 2018. Current delivery timelines are 4 weeks for the west coast, 6 weeks for central and 8 weeks for the east coast. For delivery under 4 weeks, you can pick up your car directly from our Fremont factory.” The calculations estimate gas savings of $4,300 over six years.

The bonus expires as part of a staggered phase-out. Customers who receive delivery of their car before December receive the full $7,500 tax credit. Between January 1 and June 30, 2019, customers will only receive $3,750. After that date and before December 31, 2019, the tax credit is worth just $1,875. The incentive is gone from 2020 and thereafter — which means fans looking forward to the second-generation Roadster won’t get any savings from the federal government.

The new Model 3 is Tesla’s cheapest-ever electric car, with a starting price of $46,000. For that cost, customers get a car with a 62 kilowatt-hour battery, resulting in 260 miles of range. That’s less than the 310-mile Long Range Edition, but Tesla now charges $53,000 for that car as the all-wheel drive option now comes as standard. The car was previously $49,000 with rear-wheel drive. All these vehicles come with a non-removable premium upgrades package.

Tesla has another two months before its American buyers will start losing federal tax credits. Buyers will instead have to turn to the state level to plug the gap.

California buyers could receive a boost, as the state was last month considering moving the state tax credit from $2,500 to $4,500.