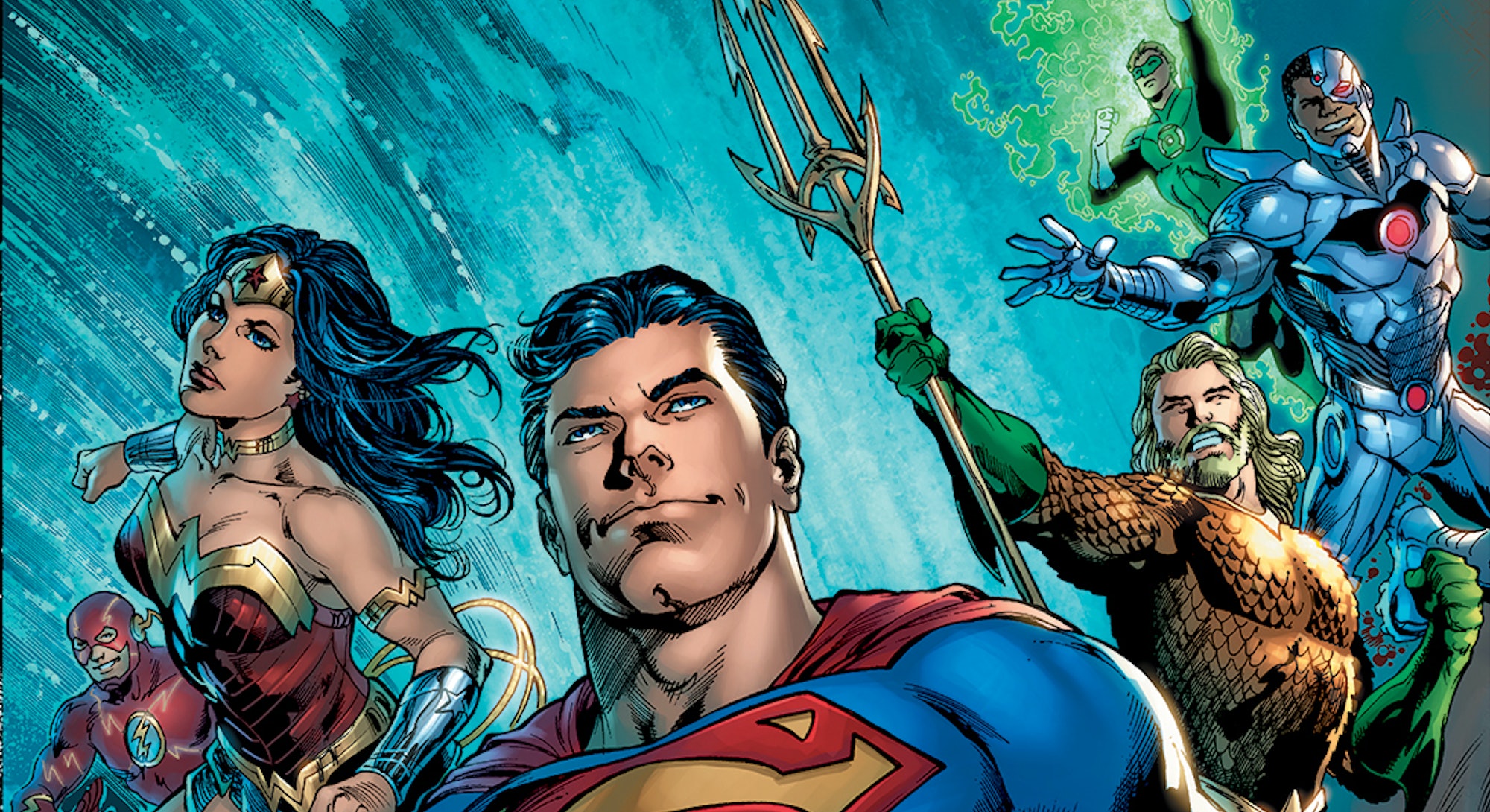 On the day before New York Comic Con opens its doors for a weekend of pure, unadulterated celebration of fandom, DC Comics puts on an event where no fans are allowed.

Inside the towering glass and steel of the Time Warner building in Columbus Circle, with a scenic view of Central Park, some four dozen writers and artists gather to attend DC’s fifth-annual Master Class. An afternoon that’s equal parts advanced philosophy, day camp, and like an episode of Inside the Actors’ Studio, the Master Class is an opportunity for DC’s network of talents to engage in a brutally honest conversation about the year’s hits and misses — especially the misses. It all happens away from the eyes and ears of fans and journalists (myself excluded, and just this one time, under the condition I don’t report on specifics).

With a spotlight placed on one talent in particular each year, the hope from high above is that a no-holds-barred exchange among peers, with rare moments of vulnerability, can foster the best storytelling in the medium. A year from now, they’ll be back to do this again.

The Master Class plays a key role in the calendar of DC’s Talent Development Workshop, a 13-week course for new talent that culminates in a special “showcase” issue published each December. Jim Lee, newly-crowned Chief Creative Officer and Publisher for DC, credits Bobbie Chase, VP of Talent, for creating the Master Class which capitalizes on the influx of talent who attend New York Comic Con, the largest pop culture convention on the east coast in the city where the modern comic book industry was born.

“We realized in conventions like this we have a great gathering of professionals,” Lee tells Inverse. “People can speak very franky about their experiences. It inspires professionals, who have been working in comics two years or twenty years. Sharing these stories and challenges of what they overcome, you walk away inspired to create better comics.”

In the lobby of the theater, veteran professionals who top the best-seller lists and collect Eisner Awards mingle with emerging, fresh-faced unknowns. To witness this is like watching a real-life episode of Justice League Unlimited: a crossover of titans over coffee and cookies.

Previous speakers of the Master Class include industry luminaries like Neal Adams, Klaus Janson, and last year, Grant Morrison. In a few minutes, everyone will hear from this year’s spotlight subject, Brian Michael Bendis, the powerhouse writer who spent close to two decades with DC’s publishing rival Marvel before making the leap over in the fall of 2017. Despite his unfamiliarity to DC, especially compared to other talents in this very room, Bendis’ perspective from the “outside” as well as a near-death experience that almost stopped him from writing again, uniquely qualifies him for this year’s open forum.

“It was an honor to be asked,” Bendis says. “When I first came to DC, they pulled me aside and said, ‘Can you do this thing?’ It’s for other professionals, basically a philosophical discussion on who we are, what we are, why we’re doing it.”

As a professor of Comics Studies at Portland State University in addition to his current duties writing Superman, Bendis jumped at the chance. “It is part of the juices flowing in me,” he says, “the constant look at this.”

Before the hysteria of a convention, the Master Class lets creators ask honest questions on all topics, ranging from the craft of creating art to navigating a career in freelancing. Due to the sensitivity of the event, I can’t share which big-name talents asked shockingly rudimentary questions. But imagine for a moment Martin Scorsese asking Ron Howard how to direct a movie, or Jay-Z asking Frank Ocean how to write music. That’s what it’s like in the Master Class: Adults asking questions and setting records straight with their egos checked at the door.

Bendis was eager to talk about his “failures” — something he’d never do on a podcast or convention Q&A.

“When you have something like a career retrospective,” he says, “like Spielberg’s Inside the Actors’ Studio, they go to E.T., Raiders of the Lost Ark, and then skip to Saving Private Ryan. It’s like, no, talk about Always. Talk about Hook. I get why Schindler’s List works. I don’t know know why Hook didn’t.”

It’s Bendis’ own philosophy that every comic is someone’s favorite. So for that, he won’t publicly reveal what he considers his biggest failure. But “peers understand,” he says, and he’s eager to tell them “every fuck up I did,” because that’s infinitely more productive than talking about his hits.

“People are scared to talk about failures because it makes them look like a failure,” he explains. “Thankfully we get to a place in our careers where we have enough hits under our belts where I can talk about failure without being judged. That’s a good use of people’s time and what these people wouldn’t hear on a podcast.”

Ultimately, the Master Class is for what anyone goes to class for: education.

“The journey never ends,” Bendis says. “In other fields, there’s arrogance. ‘Ah, I’ve made it, I got my record deal. I have success.’ That’s not true. Success only reveals what you still need to learn. The opportunities for learning slip away because life takes over, but if we can stop before a show for a couple hours and just talk about why we do what we do, it’s very healthy.”