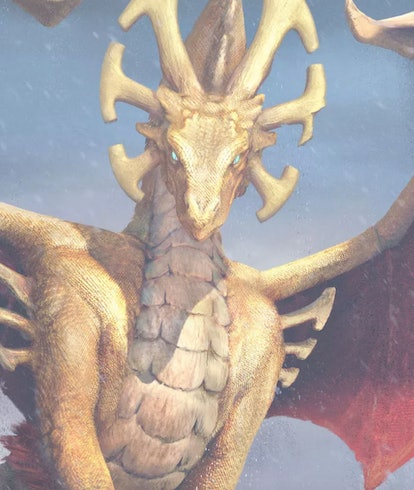 What makes a story epic?

Is it the distance traveled? The challenges conquered? The heroes that rise up and the monsters they slay along the way?

For the creators of The Dragon Prince, a new animated series on Netflix, the true test of any epic story is its ability to inspire fans.

If The Dragon Prince can inspire endless theories, art, and new stories dreamt up by fans, then maybe it can become an epic saga on par with The Lord of the Rings or Harry Potter. If not, it’ll be just another big hollow world.

“The opportunity to build a show and story for people who care and connect is something we’re grateful for,” series creator Aaron Ehasz tells Inverse. “It sounds cheesy but that’s why we’re here.”

Ehasz, best-known as the head writer and director for Avatar: The Last Airbender (another epic saga that aired on Nickelodeon from 2005-2008) launched Wonderstorm, the new studio behind The Dragon Prince, with Justin Richmond (director of critically acclaimed video game Uncharted 3: Drake’s Deception) and Justin Santistevan (who spent four years at Riot Games working on the mega-hit League of Legends). Ehasz also brought along Giancarlo Volpe (who directed 19 episodes of Last Airbender) to direct.

Additionally, Wonderstorm works closely with lead investor MWM, a media company focused on everything from TV to virtual reality gaming (and the company’s co-founders, Gigi Pritzker and Clint Kisker), which should come in handy as the Dragon Prince creators move to expand beyond the show into various mediums.

The company’s first product is this animated series, currently streaming its first nine-episode season, but if Wonderstorm succeeds we’ll get an entire detailed universe filled to the brim with characters and experiences. There’s already a video game in development, set in the same magical world as The Dragon Prince.

“We want it to feel like the characters are on this adventure and traveling through this world,” Ehasz says, “but also that other things are happening around them.”

An epic story is only good as the mythology it’s built on, and The Dragon Prince slathers on the mythology almost immediately. On a magical continent that’s “bigger than America, maybe not as big as Asia,” humans, elves, and dragons live in relative harmony under the guidance of six forms of nature-based magic (moon, ocean, sky, etc). Then humans discover dark magic, kicking off a war that culminates in the murder of the dragon king and the destruction of his egg.

That all happens in the opening credits. Seriously.

It’s a lot to take in, but once you meet the main characters and the actual plot gets going it’s easy enough to forget about the bigger world and just focus on the adventures at hand. There’s a glowing dragon egg — Surprise! It wasn’t actually destroyed, just stolen — two young princes, an assassin elf who can’t bring herself to kill anyone, a giant magic toad, and an evil power-hungry wizard. Basically, The Dragon Prince has everything you could expect from a fantasy saga.

Just don’t expect the story to stay predictable for long.

“There’s some twists and turns along the way that may be hard to predict,” Ehasz says. “The story still goes in an epic direction, but not the one the audience anticipates.”

Even the show’s unique animation style is designed to give it an epic feel. The Dragon Prince’s mix of hand-drawn backgrounds and computer-generated characters may be off-putting at first, but it allows for some dazzlingly impressive action sequences on par with anything you’ve seen in hand-drawn animation or live-action.

“One of the things we really love about the style of the show is it’s something that allows us to replicate the look of anime without having to hand draw every frame,” Justin Richmond tells Inverse.

More importantly, it makes it possible to get extremely detailed without spending a ton of energy and effort, which leaves more time to focus on those beautiful hand-painted backgrounds.

“You’d never be able to put that level of detail and intricacy into the character design and weapons,” Richmond says. “We really like it and we’re proud of the way we’re pushing the show.”

Beyond that show, Wonderstorm is already hard at work pushing The Dragon Prince in another direction: video games. With Richmond at the helm, it’s easy to imagine a single-player adventure in the style of the treasure-hunting Uncharted series, but that’s not the plan.

“It’s specifically not like Uncharted,” Richmond says. “It’s not a huge narrative-based game. I can’t talk too much specifics, but it’s not like that.”

What he can say is that we’ll see a lot more of the world created for The Dragon Prince once the first Wonderstorm game arrives. (Though some details, like the way magic works, will overlap in both the game and show.)

“The world is designed specifically where you can see a glimpse into it through the show,” Richmond says, “but the game will take you to places you haven’t seen.”

The Dragon Prince is streaming now on Netflix.