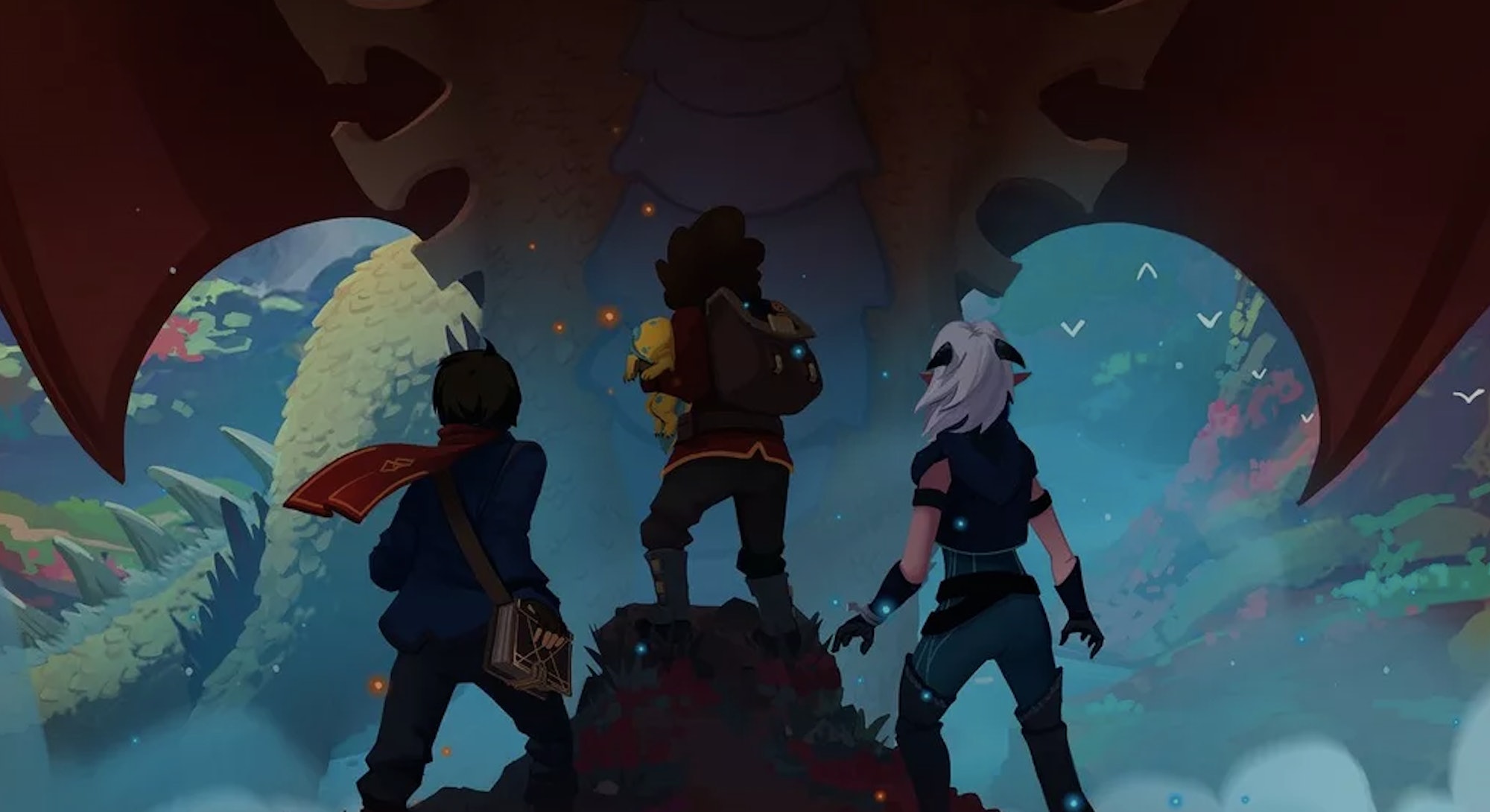 Avatar: The Last Airbender is a special show. Featuring the perfect mix of animation, direction, and storytelling, it feels like a once-in-a-lifetime achievement. So when Netflix announced The Dragon Prince, a new animated series from the head writer and director of Avatar (plus the director of critically acclaimed video game Uncharted 3), the excitement was palpable.

Then the first trailer dropped.

I was concerned, to say the least. Avatar’s beautiful hand-drawn visuals had been replaced by computer animation. The characters looked flat and emotionless, and the bits of plot and dialogue we got in the first teaser didn’t offer much to latch onto either. The entire thing looked cheap and uninspired.

In a text message to a friend (who happens to be one of the biggest Avatar fans I know), I expressed my concerns.

“It looks so stupid,” he responded.

I agreed, but secretly hoped I would eventually be proven wrong. After watching the first three episode of The Dragon Prince, I can say, with a bit of relief, that’s exactly what happened.

The Dragon Prince uses a mix of computer-animated characters and hand-drawn backgrounds with intriguing results. When a couple of characters are simply standing around and talking the entire thing looks stilted and boring — even if the backdrops are often jaw-droppingly beautiful. But where this series really shines visually, not unlike its spiritual predecessor Avatar, is in its action.

The show uses a mix of cell-shading and a reduced frame rate to give these sequences extra weight. After speaking with the show’s creators, Polygon nailed down exactly why The Dragon Prince looks so good in those action-packed moments:

The animation is heavily inspired by anime, and the frames changing on a two or three count instead of the Disney one count make each scene punchier, focusing the viewer’s attention to certain moments like the flash of blades or a character vaulting back.

The result is some pretty stunning action sequences. In the first episode, Rayla, a Moonshadow Elf assassin, hunts down her human target in the dark woods, hopping from tree to tree before descending on him with knives drawn. By the third episode, an entire cadre of elves storms the human castle, facing on a small army of human soldiers in a climactic fight scene.

By that point, all my fears had melted away.

Beyond the animation, what really stands out in The Dragon Prince is the plot, both in its epic scope and the complex characters it quickly establishes. The show takes place in a magical world filled with elves, dragons, and dog-sized chameleons kept as pets, and the story begins 1,000 years after humans harnessed that magic for their own flawed desires.

In response, the elves and dragons work together to banish humanity to the other side of the world, and the humans quickly declare war in retaliation. Using dark magic, they somehow manage to kill the leader of the dragons and destroy his egg — or so we’re led to believe.

As the series begins, a team of powerful elf assassins arrives in human territory to kill both the king and his son out of vengeance. Rayla (a powerful elf with second-thoughts about her mission) discovers that the egg was simply stolen, not destroyed. But when she can’t get the rest of the Moonshadow Elves to see reason, she teams up with the king’s two sons, Ezran (who has that pet chameleon) and Callum (actually the king’s stepson with a knack for dark magic), and the three of them set out on an adventure to return the egg to its rightful home.

That’s where the third episode of The Dragon Prince ends, with three young heroes (not unlike the original three characters from Avatar: The Last Airbender) setting out an an adventure of tremendous scope.

But unlike Avatar, there are no clear villains in this story. The elves, for the most part, are pure, magical beings, bound by a force beyond their control to carry out a mission of revenge. The humans are well, human. The king cares deeply for both his sons and his people, but is often too stubborn to do the right thing instead of what’s noble. Even his second-in-command, who seems a little too eager to solve every problem with dark magic, is a flawed character in his own right.

Overall, the dialogue does a good job of conveying these complicated motivations, especially when it veers into more serious territory. However, when The Dragon Prince aims for irreverence and humor it often falters or falls flat. In one scene, the king warns that “Winter is coming,” while referring to the imminent elf attack. In another, Rayla holds a knife up to Callum’s face and shouts, “Time’s up,” instantly pulling the audience out of the moment with what feels like a bizarre modern-day reference. Other times, the show simply leans too heavily on childish jokes when it could be reaching for a wider audience.

Despite The Dragon Prince’s flaws, it still feels like a worthy successor to Avatar, and based on these early characters — and the plots they’ve set in motion — I’m eager to see where it goes next. As the show’s latest trailer reveals, there’s a big wide world beyond the castle walls, filled with monsters, mountains, and plenty of exciting new characters to discover.

I can hardly wait.