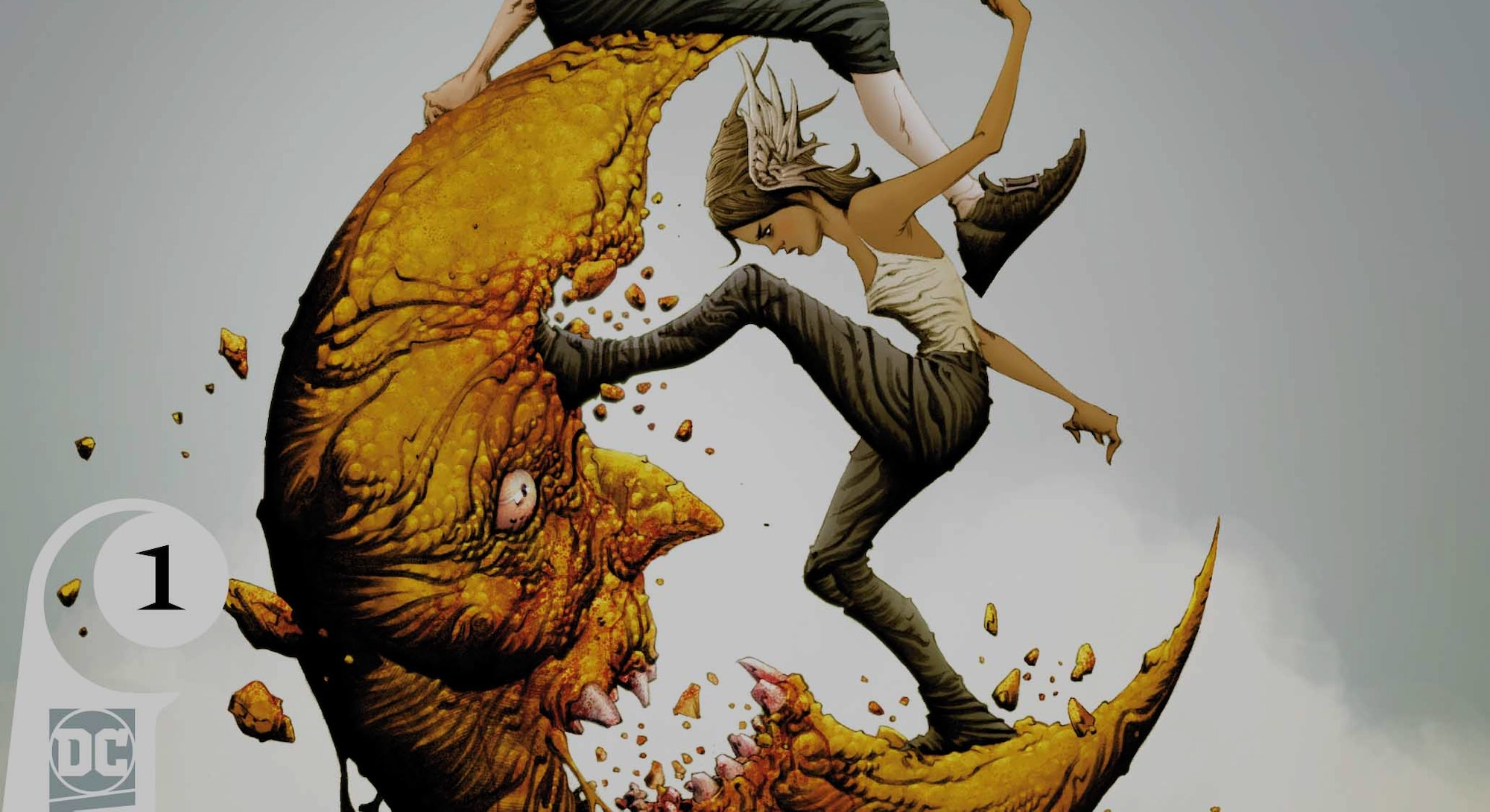 While all eighty issues of Gaiman’s Sandman are pretty much required reading for comic book fans, they’re not really necessary to grasp The Dreaming. In fact — and almost out of spite to plenty of dense genre fiction out in the world today — Spurrier has engineered a complicated world fantasy that’s accessible to anyone.

This may, in fact, be the true legacy of Gaiman’s original masterwork.

“We all make a big fuss about world building, but the secret to is to construct a world that functions and then ignore it,” Spurrier tells Inverse. “People came for the characters. You deal with the characters from their perspectives and as long as the emotions are honest, the audience will care.”

With the help of collaborators and illustrators Bilquis Evely and Mat Lopes, and the creation of a new, “punky” protagonist named Dora, The Dreaming is a gorgeous new comic that is about either the growth of a nebbish librarian into a proper ruler, or the fall of an entire kingdom. Whichever comes first.

“We spoke amongst ourselves and started putting our ideas together,” Spurrier says. “We felt, without any real direction, was to compose some flashy crossover thing. When we got to meet with Neil, we nervously presented.”

In Gaiman’s “calm, erudite way,” he told the writers to chill the hell out.

“You don’t need to worry about crossover stuff,” Spurrier recalls Gaiman telling them. “Just concentrate on telling amazing tales with amazing characters that will sit on a bookshelf for twenty years because they’re so beloved.

“It’s going to be an awful lot better as a result of the permission he gave us.”

That “permission” was all Spurrier and the other artists needed.

“I received feedback for some characters, but I’m quite free to create the visual for the book,” says Bilquis Evely, the main illustrator of The Dreaming who tapped into Greco-Roman, Christian, and Babylonian aesthetics for her designs. “I respect the iconic foundations, but it’s malleable. Dreaming! Everything is possible.”

Variant cover of The Dreaming #1, illustrated by June Chung.

Enter now: The Dreaming, a fantastical world belonging to Morpheus, the protagonist of Neil Gaiman’s Sandman. Unfortunately, Morpheus has left his post at the worst time. Without a ruler, sinister forces from the outside are closing in.

Spurrier explains his premise using western movie terms. “It is a frontier town with no law, surrounded by unknown, dissolute, angry elements,” he says. “And then one day, the sheriff is gone. The deputy goes, ‘Holy shit, I’m not equipped to deal with this.’ How does the deputy handle it when the sheriff has fucked off?”

Instead of hiring seven gunslingers, Lucien (from Gaiman’s Sandman), a nervous librarian whom Morpheus trusted the most — and whose poetic, prose-y speech irritates everyone around him — steps up to protect the realm, even if it kills him.

“He is the perfect mind there is, and yet his is decaying” Spurrier says. “He’s unable to string coherent thoughts, and that is terrifying. There’s pressure on him to make sure things go well. There are forces outside The Dreaming and some really weird stuff happening inside which makes it incredibly vulnerable.”

But while longtime Sandman readers know Lucien, a new character named Dora will be the point of view for new readers to grasp the dream world.

“She’s my iconoclastic getaway into Neil’s universe,” Spurrier says. “I wanted a punky voice that would pop into the middle of this and see humor in it, make fun of this stuff. Say what the reader might be thinking. A character like Lucien becomes far more likable when you have another character that says, ‘Stop being a wanker.’ She’s a pressure valve for the whole thing.”

“All she knows is she woke up in The Dreaming and was told by its master he would help her. And he never did. So she’s getting by in this little angry puddle of resentment. There’s a part of her that’s a metaphor for post-traumatic stress disorder, in as much as something happened to her which has completely redefined who she is. It’s something I’ve been interested in, especially in terms of dreams.”

“Everything Comes Back to Character”

But perhaps the most important thing about The Dreaming is how it pays tribute to Gaiman’s original masterpiece in the least opaque way: There’s an emphasis on character first, world distant second.

“Everything comes back to character,” Spurrier says.

“You have no story unless you have a human-ish mind to experience story. You can tell bad genre fiction because the writer is using characters to explain things the character doesn’t need to be explained. Neil did that. He’s not a writer who stops to explain stuff. It makes my job very easy, because I don’t need to stop. People will get there on their own.”

The Dreaming #1 hits shelves on September 5.