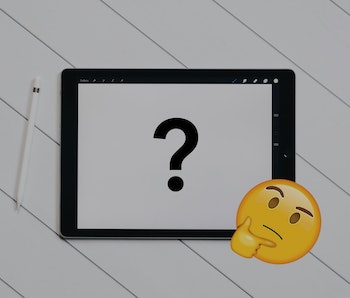 All eyes have been on the hype surrounding Apple’s new trio of iPhones that is expected to arrive this September. But the rumor mill has surfaced some more hints of what could come with the reinvention of the Cupertino-based company’s iPad Pro tablets. On Friday, a clue came in the form of an allegedly leaked case meant for a redesigned iPad.

Leak aggregation site Slashleaks published a photo of an iPad case with a never-before-seen cutout directly over where the Lightning port would be. This oval-shaped hole corroborates a rendered image tweeted by the established mobile leaker, Steve Hemmerstoffer, in July which was widely speculated to be a repositioned Smart Connector that would support vertical keyboard use.

Back in early July, Apple analyst Ming-Chi Kuo asserted that Apple was cooking up two new 11 and 12.9-inch iPad Pros with Face ID instead of instead of the traditional Touch ID. This recently posted case is said to be for a “10.5-inch” model, which presents some discrepancies, so take this leak with a grain of salt.

The majority of chatter seems convinced this is alludes to a repositioning of the Smart Connector, but the reasons why are still unclear. A July report by Mac Otakara, suggested that the iPad had to be placed vertically to make use of Face ID so this could be the way Apple bring the facial recognition technology to the tablets.

However, Apple scoop machine, Mark Gurman, tweeted that horizontal Face ID has been developed for future iPad Pro models. This took rumor mongers back to square one.

Other theories suggest that this could be a wireless charging port for the tablet, a new spot for the Touch ID fingerprint reader, or even an all-new magnetic port for some kind of accessory. However, most Apple aficionados are placing their bets on the Smart Connector guess.

While this year is anticipated to bring massive changes to Apple’s line of smartphones. These perplexing iPad Pro rumors could suggest that there are big changes for the tablet series on the horizon as well.