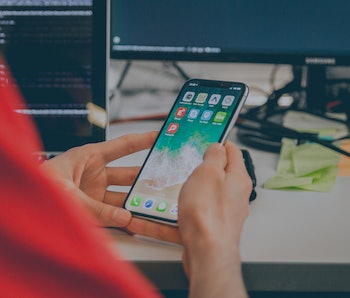 Apple is set to launch three new iPhones, and it’s going to be a bumper year. With the iPhone X’s successor release date fast approaching, there’s never been a better time to get on top of the new releases.

The company’s next iPhones are set to bring the same Face ID technology and home button-free redesign to three new devices. The cheapest is set to be a $699 6.1-inch iPhone, with an LCD screen, that may also drop key features like 3D Touch and dual lens cameras, while the second-cheapest will be an $899 5.8-inch OLED iPhone that updates the current iPhone X. The third will be a new $999 OLED iPhone with a giant 6.5-inch screen. The new face scanning system could make its way to a far broader array of devices with the new launch.

Expectations are running high. Here’s what we know:

We’re still not entirely sure what these three devices will be called. While Apple has followed a clear numerical process for almost every year, the company’s 2017 launch changed the pattern by introducing the “X” — pronounced “10” — in the same year as the 8.

Less uncertain is the launch date of the new devices. The past several iPhone launches have fallen in the first half of September, with a release in the second half of September. German site Macerkopf claims that two carriers have already reported a 14 September date for the start of pre-orders, with an announcement two days prior. However, previous reports have suggested the 6.1-inch model could launch in October, so these dates are far from certain for the entire line.

Here’s how to pre-order Apple’s next smartphone:

Another method is to use the Apple Store app.

And that’s it! The iPhone X shipped out to consumers last year on November 3, so expect your shiny new toy to arrive just a few days later.