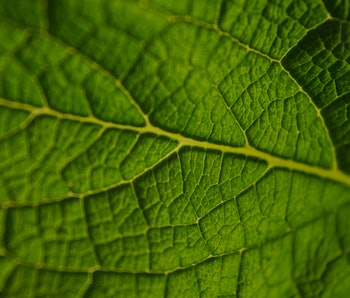 The United States Food and Drug Administration has been warning the public about the health risks of kratom for months, and on Friday, FDA Commissioner Dr. Scott Gottlieb tweeted a series of statements about the herbal drug. In the thread, Gottlieb said that two companies have recalled their kratom this week for bacterial contamination and warned that kratom is addictive, recommending that people who are addicted to the drug seek treatment. His tweets come at a pivotal moment for kratom, as the Drug Enforcement Administration is expected to make a decision about the substance’s legal status by the end of the summer.

Critics have been quick to point out that he appears to be resorting to scare tactics by lumping together the risk of contamination with the risk of addiction, not to mention that there are serious questions about the FDA labeling kratom an opioid. When Inverse asked the FDA to address concerns that kratom-related issues were being conflated, a spokesperson said:

Dr. Gottlieb’s tweets speak for themselves.

Kratom is an inherently addictive product that can cause harm, and it has no demonstrated medical benefit. This is reason enough not to consume it. Now, in addition to those risks, we can conclude that there may be a high proportion of kratom and kratom-containing products contaminated with salmonella. It’s another firm reminder of why people should avoid kratom.

The FDA continues to urge consumers not to consume kratom for any purpose and urges those who may be addicted to the opioid kratom to seek help from their health care provider.

Gottlieb Doubles Down on FDA’s Stance

In his first tweet, Gottlieb reiterated the main point of an FDA announcement from July about a Salmonella outbreak linked to kratom earlier in 2018 while noting two recent recalls: World Organix, LLC issued a voluntary recall of its kratom products because of Salmonella contamination on August 13, and Zakah Life recalled several products on August 14 for the same reason. He also suggested that those recalls involved the bacteria C. diffificile, which the recall notices don’t mention.

Is Kratom an Opioid?

While his first tweet was relatively uncontroversial, the next two in the thread raised some hackles among kratom advocates.

Kratom’s classification as an “opioid” and as an addictive substance are central to the debate over whether kratom should remain legal. In its February announcement, the FDA stated that kratom is an opioid, referencing a computer model of how the active molecules in kratom bind to opioid receptors in the human body. It also claimed kratom was involved in 44 deaths since 2009, citing case reports in which people had died after consuming kratom.

Both of these points have been subjects of great scrutiny. Some experts say the computer assessment doesn’t provide the strong evidence the FDA claims it does, and many have noted that almost all of the deaths cited by the FDA involved other substances that can be deadly on their own.

The science on kratom is sparse, but there is evidence that kratom can cause physical withdrawal symptoms when used frequently and in high doses, which suggests it has opioid-like qualities. But it may be more accurate to refer to kratom as an atypical opioid, because on the molecular level it doesn’t act on the human body in the same way that opioid drugs like heroin and fentanyl do.

By concurrently mentioning Salmonella and addiction, Gottlieb provoked a die-hard sector of the kratom advocacy community that suspects the FDA is using bacterial contamination as a red herring. The replies to Gottlieb’s tweets are full of people who are quick to accuse him of shilling for the pharmaceutical industry.

Less conspiracy-oriented critics, like veteran and kratom advocate Drew Turner, point out that Gottlieb’s rhetoric is reminiscent of the scare tactics used in old “Your Brain on Drugs” public service announcements:

What’s Next for Kratom?

As the DEA, with the FDA’s support, has drawn closer and closer to adding kratom to Schedule I of the Controlled Substances Act — making it as illegal as heroin — people who use kratom to help with chronic pain, opioid dependency, and other physical ailments have come out of the woodwork to tell their stories and advocate for the drug to remain legal.

This includes groups like the American Kratom Association, an advocacy group that helped successfully lobby against the DEA scheduling kratom in 2016. In addition to its lobbying efforts, the AKA has been a vocal critic of the FDA’s stance on kratom, going so far as to accuse the government organization of manipulating science to suit its ends.

As Inverse previously reported, kratom is a personal and emotional topic for many people who use it to regain quality of life when conventional opioids have failed to help them. The FDA’s mission is to safeguard consumer safety. The coming weeks and months will reveal where the federal government comes down on the question of kratom.

More like this
Mind and Body
8.4.2022 7:32 PM
This popular anti-aging goo can help regrow muscle — study
By Miriam Fauzia
Mind and Body
8.15.2022 10:00 AM
Sunscreen is crucial for public health — it must be safe for the environment, too
By Karen Glanz, Robert Richmond and The Conversation
Mind and Body
8.14.2022 3:00 PM
Cultivating 2 habits in your 30s may boost mental health in old age
By Sarah Sloat
Related Tags
Share: