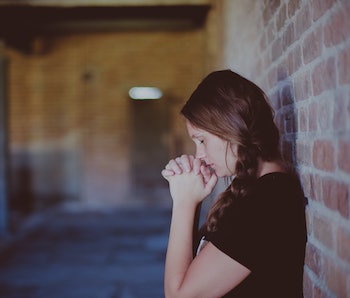 The debate over trigger warnings on college campuses is polarizing. Advocates argue that they can help trauma survivors decide when and how to approach material that could trigger a re-traumatizing episode, while detractors say they can stifle open discussion of sensitive topics. Like so many of the arguments that divide America, this one has reached a stalemate, largely because we don’t know how useful they really are. Recently, Harvard psychologists studied the effects of trigger warnings, yielding mixed results that prompted worryingly hasty interpretations.

The small study, published July 27 in the Journal of Behavior Therapy and Experimental Psychiatry, examines how reading a trigger warning before a passage of literature affects the way people experience the passage. An online survey of 270 participants recruited through Amazon’s Mechanical Turk showed that reading a trigger warning before reading a passage with graphic descriptions of violence resulted in a very small increase in self-reported anxiety, but only in people who say they believe that words can cause harm. It also revealed minor evidence that trigger warnings could make people feel more vulnerable to trauma and that they make other people think trauma survivors are more vulnerable.

“Because trigger warnings may have implications for how people appraise stress and trauma, and because very little empirical work has been done on them so far, we believed that it would be a timely topic for research,” first author Benjamin Bellet, a psychology Ph.D. candidate at Harvard University, tells Inverse.

Part of the reason trigger warnings are so polarizing is because they have been characterized, negatively, by some right-wing media outlets as part of “political correctness culture.” Voices in the ongoing debate over trigger warnings and this study include divisive public figures like psychologist Jordan Peterson, who rails against them; influential social psychologist Jonathan Haidt, who supports the new findings; and psychology researcher Stuart Ritchie, whose critique of the results points out they’re barely statistically significant. Since it’s 2018, these academic discussions take place in Twitter threads.

If you ignore the study design flaws that critics have pointed out, the new paper seems to support the idea that trigger warnings are not helpful, and potentially even harmful. It’s not surprising, then, that the study got swiftly picked up by right-wing media outlets, including Breitbart, National Review, The Daily Wire, and The College Fix. Notably, only National Review reported on the study with accuracy: Breitbart reported that the subjects in the study were college students, when in fact the average age of the participants was 37 years old, and the headlines of The Daily Wire and The College Fix claimed that the study shows trigger warnings are harmful to students. Bellet insists this is not actually the case.

Taking the study design into account, which the aforementioned reports did not do, introduces several important caveats. Notably, the study only included people without a history of post-traumatic stress disorder, which may sound strange for a study about trigger warnings since they usually apply to trauma survivors. Bettel, however, points out that “trigger warnings are viewed as applicable to a much broader range of concerns than their initial use as accommodation measures for those with PTSD.” This view is confirmed by the fact that 80 percent of the survey participants expressed support for trigger warnings.

Other researchers, like Daniël Lakens, Ph.D., an assistant professor in applied cognitive psychology at Eindhoven University of Technology, point out that this study shows extremely small effect sizes and as such, we shouldn’t draw conclusions from it just yet.

“Multiple comparisons should have been used, and these ‘just significant’ p-values are an invitation to explore this further, and by no means on their own indicate we now know something about trigger warnings,” Lakens tells Inverse. “We have learned we should be very cautious after a first novel study. This is too early to conclude anything.”

He’s referring to the fact that the study participants who experienced increased anxiety after reading a trigger warning followed by a distressing passage showed an increase of only six points on a 100-point scale. The p-values in the study were in the range of statistical significance — meaning they are more than likely attributable to the thing being measured and not random chance — but the effect size is so small and the p-values are so close to insignificance that they might not show anything at all. As such, Laken argues, this study should have undergone additional replication before being published.

Bellet, for his part, agrees that the study is just a preliminary look at the psychological effects of trigger warnings and that people should not be drawing strong conclusions yet. “We have included in our paper the caveat that further replication is needed in order to substantiate the results of our experiment,” he says.

The cautiousness of scientists, unfortunately, doesn’t always translate into reporting on studies, especially when that reporting has a political angle. Even researchers are not immune to the power of confirmation bias: Despite the fact that the evidence was not very strong, critics of trigger warnings in academic settings have latched onto the new study’s results as vindication that they’ve been right all along.

Haidt, for instance, tweeted the study and suggested that it confirmed his beliefs and research. He sent an automated reply when Inverse requested comment. Peterson, too, tweeted the study along with this comment: “Trigger warnings are precisely as counterproductive as any clinician worth his or her salt would expect.”

Only further research and more robust studies will get us closer to a satisfactory answer about the effects of trigger warnings. In the meantime, all we can do is be vigilant about the conclusions we draw from research like this, keeping in mind the people who will most feel the repercussions.