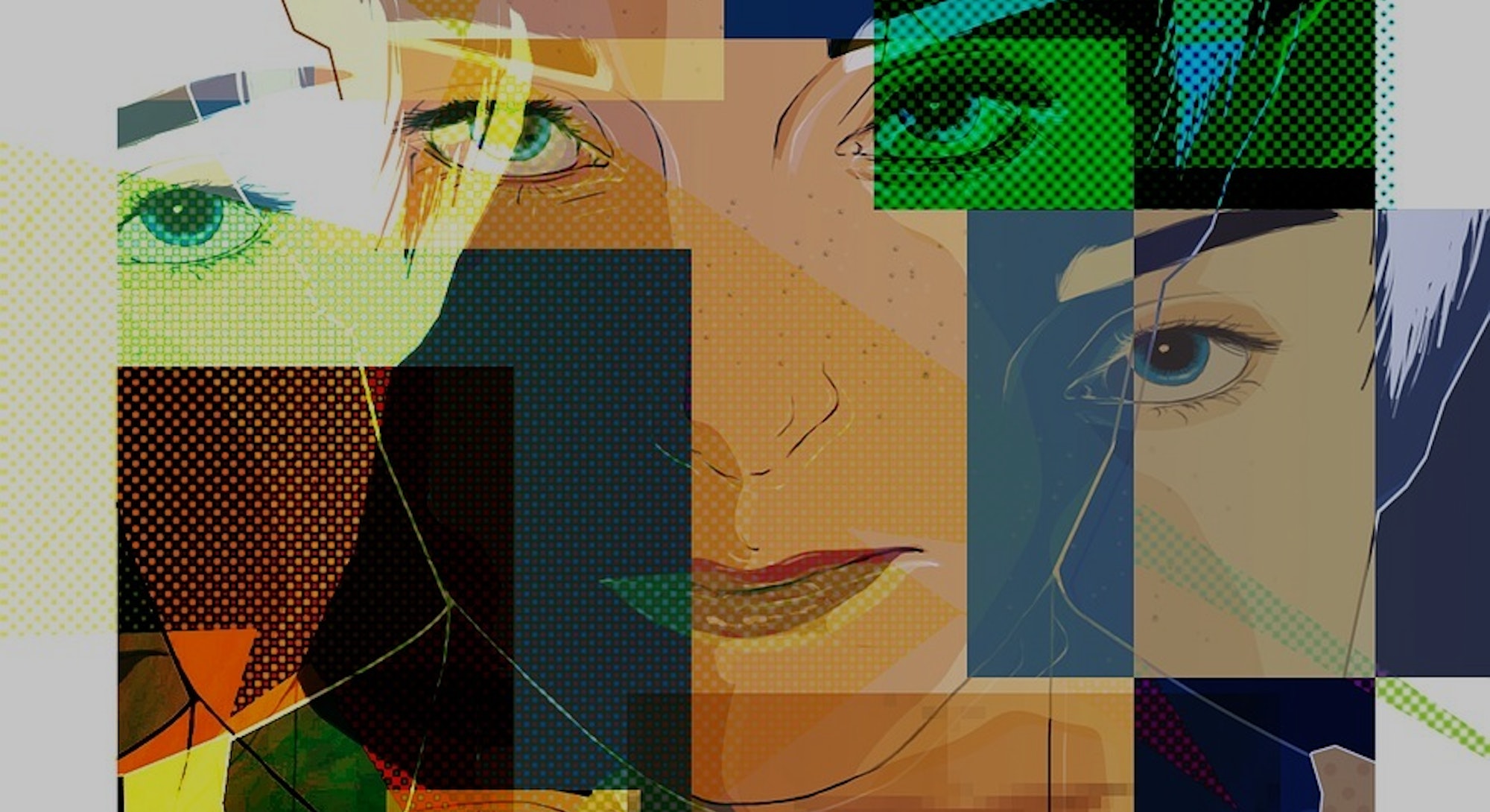 First, there were “alternative facts,” the infamous euphemism President Donald Trump’s advisor Kellyanne Conway coined in defending Press Secretary Sean Spicer’s blatant falsehoods on his first day on the podium. Then there was a mysterious spate of celebrities who insisted that the Earth is flat. And don’t forget “Pizzagate,” where bizarre theories about a Washington, D.C. pizza joint supposedly anchoring a child sex ring tied to Hillary Clinton’s campaign chairman John Podesta prompted a man to show up with an automatic rifle to investigate.

All told, it might seem as if we’re living in the golden age of conspiracy theories. Yet, shockingly, humans have, by many reports, been this paranoid or more for a long time. Indeed, one recent study argues that conspiracy theorists were even more active during the Cold War.

What’s more, conspiracy theorists are found on both sides of the aisle, and are of all races, religions, genders, and educational backgrounds — which means no matter how smart and skeptical you are, you might get suckered by a conspiracy theory as easily as the next person.

How can we stop people — including ourselves — from believing in irrational conspiracy theories? To answer that, we need to understand the cognitive biases that make us so vulnerable, says Rob Brotherton, a professor of psychology at Barnard College and author of the 2015 book Suspicious Minds: Why We Believe Conspiracy Theories.

Conspiracy theorists don’t look like how you’d imagine them. They’re not necessarily sitting in their parent’s basement reading 4chan or showing up only on Thanksgiving in the form of your drunk uncle. “Only a handful of people are actually wearing tinfoil hats,” Brotherton tells Inverse, invoking the stereotypical head gear of conspiracy theorists. “We’re all susceptible to conspiracy theories. It’s wired into our psychology.”

In the modern world, however, conspiracy theories don’t have such a valuable role. And Brotherton says that “some people are more susceptible than others to biases” that feed into the human attempt to find meaning in the world. “We all look for patterns and meaning in the world,” Brotherton says. “Biases help us see those patterns in randomness” — again, evolution working its weird ways into our heads.

There are four biases that make us all potentially capable of believing conspiracy theories. At a base level, there is the proportionality bias, or the attempt to figure out bigger reasons for incidences. An example of this is the JFK assassination, where it seems unsatisfactory to many that a lone wolf would kill the president, and that another lone wolf would kill him. To conspiracy theorists, that just numerically didn’t work out. “When something big happens, it’s psychologically unsatisfying to think something small did it,” Brotherton says. “The CIA, Mafia, and Illuminati seem like a more fitting explanation.”

Along a similar vein is pattern seeking, something we’ve been doing since we were children in explaining big events. You knock into a vase, it broke, your parents will scold you — that’s a pattern. But a plane falls out of the sky, and the official explanation is the engine cut off? Not satisfactory for many people. This connect-the-dots mentality is evolutionarily advantageous in being able to offer narratives for events and, otherwise, investigate suspicious stories or liars.

Playing within pattern seeking is the intentionality bias, the belief that people are acting to intentionally harm and/or swindle us. It makes sense, from an evolutionary standpoint — approaching a predator or backstabbing an enemy probably isn’t a great idea, and being suspicious from the get-go is a lifesaver — but being spooked by every person’s intentions can veer into paranoia territory.

Then there’s the confirmation bias, the granddaddy of all biases that sort of rolls the three above. As the name suggests, it’s a way for humans to confirm fact with what they believe to be true. “Once we have a hunch about something and a deeply held belief, we go to find evidence that fits it so we can maintain our belief even if we see evidence to the contrary,” Brotherton says. An example is Barack Obama’s birther conspiracy and how, even with the presentation of the former president’s birth certificate, conspiracy theorists firmly believed it was fake, and that Obama was indeed a foreign-born national unfit to be president.

The confirmation bias is the most dangerous of the biases, and one that has fueled many recent conspiracies. In an age of social media and readily available facts and information, it might seem as if conspiracy theories should be tamping down, perhaps even going extinct and disappearing. But never mind the wide distribution and availability of facts — social media, in fact, has become ground zero for conspiracy theories.

One trait conspiracy theorists do seem to have in common, Brotherton says, is close-mindedness. This may seem surprising, given that many conspiracy theories involve out-there ideas, but it comes down to an insistence on fitting all evidence into a preconceived narrative. “Close-mindedness might show a higher tolerance for ambiguity and complexity,” Brotherton says. “These complicated explanations with interlocking parts — they’re often more complex than the official story.”

Another trait is a kind of intellectual boldness: “There’s a certain type of person who’s open to go off the intellectual path and mainstream ideas,” Brotherton says.” That seems, at its base, counterintuitive. After all, it’s that kind of boldness that powered the Enlightenment and allowed Einstein and other great intellectuals to rewrite history. However, that willingness to go down rabbit holes and renounce common wisdom can, for some people, lead to dangerous places.

So, is there any way to immunize ourselves against conspiracy theories? The answer is yes — maybe? — but it won’t be easy.

The Cure to Conspiracy Theories?

Jan-Willem van Prooijen is a social and organizational psychologist who’s studied how and why people — from extremists to your grandma — feel threatened. His research has shown there is one brilliantly simple way by which we can protect ourselves from falling victim to conspiracy theories: education.

But the reason why it works is somewhat counterintuitive, prompting van Prooijen to call it the “paradox of education.”

Using a questionnaire distributed among readers of a Dutch national science journal, van Prooijen and team measured levels of education and feelings of both self-esteem and empowerment. They found education was correlated with a tendency to analyze events and to feel in control of a situation; in other words, to feel empowered not to believe in conspiracy theories. What it comes down to, he argues, is not how brainy you are, but how education fuels a sense of responsibility and place in the world.

Van Pooijen also identified a vicious cycle. Conspiracy theorists were more likely to feel powerless and lower class, making them more likely to feel like they were the “other” and were fighting a larger, more conspiratorial power that had it against them.

Van Prooijen points to the extremely complex theories that form the basis of 9/11 truthers and the JFK assassination. “They all start with this affected emotional state, this belief that we are being lied to,” van Prooijen tells Inverse over Skype. This rationalization is backwards — it’s not that conspiracy theorists aren’t open to evidence or haven’t considered it, but they’ve already determined prior to its presentation, no matter what it says, that it can’t be trusted. “They’ve already excluded the possibility that the facts might be the truth,” van Prooijen says.

Van Prooijen argues, furthermore, that it’s impossible to consider conspiracy theories as something that we can be “cured” of: “There are sometimes actual conspiracies that are threatening our lives,” he points out, like terrorist attacks, and evolutionarily, it’s always good to keep an eye on the folks that might have it out for us.

Even if conspiracy theories have always been with us, things may be be heating up recently. Van Prooijen argues that fast technological progress has made it hard for people to figure out their place in the world, and that many are falling back on conspiracy theories. This, he says, could be fueling populist movements around the world.

Brotherton says it’s too early to tell whether conspiracy theorists have become increasingly rampant in the age of the Trump presidency — “It’s only been six months,” he points out — but says the larger problem is a world increasingly willing to dismiss facts or paint them as partisan.

“We’re all looking for meaning in the world, and we all come with firmly set beliefs,” Brotherton says. “If you come across facts that contradict what you believe, you might say it’s fake news. But what if that’s the problem?”